Can one PC throw another?

For example, if there is a lava river surrounding a castle. There is a drawbridge that can be lowered, but the lever is on the other side. PCs couldn't find a hidden passageway,either because PCs failed necessary check and couldn't find it or just because there isn't one. They don't have rope to try to pull the lever down. Or if PCs want to rob a house, but can't pick a lock, they see that window on the second floor is open. Can one PC use his Strength to throw another PC that is one size smaller, with other PC using his Dexterity or Strength to not fall down or lose balance?

A small humanoid is specifically called out as an acceptable improvised weapon (albeit a dead small humanoid, but that shouldn't affect one's throwability):

An improvised weapon includes any object you can wield in one or two hands, such as broken glass, a table leg, a frying pan, a wagon wheel, or a dead Goblin.

An object that bears no resemblance to a weapon deals 1d4 damage (the GM assigns a damage type appropriate to the object). If a character uses a ranged weapon to make a melee Attack, or throws a melee weapon that does not have the thrown property, it also deals 1d4 damage. An improvised thrown weapon has a normal range of 20 feet and a long range of 60 feet.

Furthermore, should the throwing PC's goal be locomotion rather than offense, the rules for targeting objects seem to indicate that, since the targeted location makes no effort to get out of the way, success at hitting it should be guaranteed barring GM shenanigans:

Armor Class: An object’s Armor Class is a measure of how difficult it is to deal damage to the object when striking it (because the object has no chance of dodging out of the way).

That said, the rules for interacting with objects are woefully incomplete, and you should probably homebrew your own rules to deal with ranged targeting of inanimate objects as the ones presented are frankly terrible. Regardless, your PC certainly can throw his gnome compatriot.

Unless they are a dwarf ... 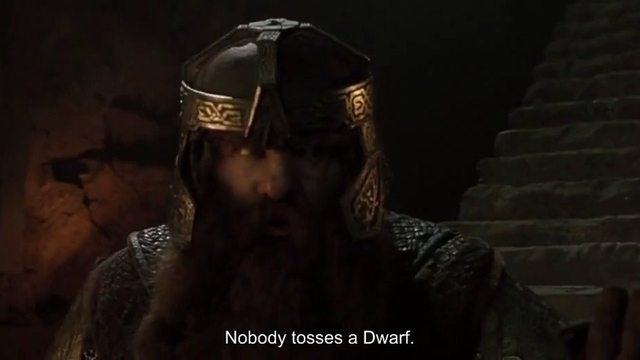 All you need to do is assign a DC and use, say, a Strength (athletics) check. The throwee can then make a Dexterity (Athletics) check against a DC informed by the success of the thrower. Based on your assessment of the task is it very easy, easy, moderate, hard etc. see DMG p.238.

According to the PHB, a gnome averages 40lbs (pg. 36). PHB 176 details the rules on lifting weights:

You can push, drag, or lift a weight in pounds up to twice your carrying capacity (or 30 times your Strength score).

Therefore, a character with STR 20 can lift up to 600 lbs. That means they have 560lbs of extra lifting force they can use to throw their gnome friend. Google shows that there are many videos out there of people in real life throwing 40lb shot puts moderate distances.

Of course, the PHB doesn't give specific rules on throwing things, and PCs are not perfectly weighted spheres. The DM can, according to his/her judgment, say that certain throws are not feasible, or impose heavy restrictions on the throw. Still, based on these rules, it seems reasonable to throw fellow PCs short distances.

I don't see why not.

So long as both parties are willing, PCs can cooperate (and are often encouraged to) to complete a task.

There are factors to take into account though, that can make this dangerous, or unachievable. Taking your first example - the lava lake. Well, firstly: lava. Ain't nobody walking that off if you fall in. Secondly, while I'm no mathematician or physicist, I'll just say that "what goes up must come down", and factors such as height, distance, and weight can contribute to the difficulty of the task. Throwing a Halfling is one thing, and throwing a Dwarf is (pardon the pun) a whole other bag of rocks.

While there is nothing explicit in the rulebooks outlining the rules of "throwing another creature", the Strength ability, and Strength ability checks would be used in this case [PHB p. 175, emphasis mine]:

Strength Checks
A Strength check can model any attempt to lift, push, pull, or break something, to force your body through a space, or to otherwise apply brute force to a situation.

In addition, (while usually in reference to carrying gear), strength is also applied to lifting (and can, by extension, be applied to throwing) [PHB p. 176]:

You can push, drag, or lift a weight in pounds up to twice your carrying capacity (or 30 times your Strength score).

In addition, this might also (and probably will) require an ability check from the other PC to make sure they land safely.

The other thing to consider however, is that maybe the reason you can't do something, is because the DM doesn't want you to. I realise that putting up a "No Entry" sign is probably one of the worst ways to deter adventurers (it's often seen as an invitation rather than a deterrent), but without blatantly coming out and saying "I appreciate the effort, but there's nothing there" (which would likely be seen as both bad DMing, and breaking immersion), there's little else they can do to keep you out of an area.

All in all, this is entirely possible, at the DM's discretion, of course.

As the dark wanderer said, there are some loose rules around throwing in 5th edition; however, they might need some work.

If you are interested I created some rules for throwing creatures that I use in my campaign. Be warned that the following is definitely considered homebrew.

You can attempt to throw a target. If the target creature is one or more size classes smaller you can throw the creature after grappling them with one hand. Creatures of the same size require you to grapple a target with both hands before a throw can be attempted. A throw requires you to make a Strength (Athletics) check contested by your target’s Strength (Athletics) or Dexterity (Acrobatics) check. If you succeed you throw the creature in a direction of your choosing. You cannot throw a creature of a larger size class.

Characters with the Grappler feat have advantage on their throw check.

I remember the session this came up for my group.

A half-orc Barbarian was still raged coming out of a skirmish, and one of the surviving thugs was making a run for the fort gate. In an inspired Role-playing moment, the Barbarian, being all out of javelins, picks up the nearest (consenting) PC, and proceeds to crit-fail both rolls. Rogue meets stone wall, and we waste time helping her come-to. Random thug #7 got away.

I work with youth at my church. 6th grade is right about that age you're smart enough to do dumb things really well, and I potentially may have never matured from that. I often do a 5-7 foot throw onto an oversized beanbag, and I can do that until THEY get tired of it. Using body dynamics, I'm confident I could get 10-15 feet throwing ~50 lb 6th graders. I do this kick-sling thing that's really efficient. I REALLY want to not hurt them, so I don't push it. 70-90 lbs, and it gets rather hard, so I don't think I'm that far from my limit.

What's the rule of thumb? lifting capacity 30 times your strength score? I've probably got a real life strength score of 8 if that's for a bench press, 12 if that's for a squat. Take any of the fighter types from the illustrations, the guys that easily weigh 350 lbs on 5% body-fat, and heck yeah! Between Mr. Pint-Sized and Mr. Muscle-Bound Half-Orc, no second story window would be a problem.

Not the answer you're looking for? Browse other questions tagged dnd-5e character throwing-things or ask your own question.

1
D&D5 Character throw distance
12
How many actions or attacks are involved in picking up and throwing a creature?
11
What would I roll if I were to throw a dwarf/gnome at someone?

19
Can you throw more than one weapon per turn?
10
Can a creature grappling someone drop them off a cliff?
14
How do I handle a PC who likes to move allies out of danger during his turn?
11
Does transparent cover negate paladin Divine Sense?
8
How would one throw an unwilling creature?
13
Can I throw a longsword at someone?
29
Why is it so important for the party to acquire the Tome of Strahd?
6
At what distance can I throw daggers?