Can you attack with a weapon when you grapple? [duplicate]

Ask Question
Asked 3 years, 8 months ago
Active 3 years, 7 months ago
Viewed 15k times
4
\$\begingroup\$
This question already has answers here:
Can one attack for damage after having grappled an opponent? (2 answers)
Closed 3 years ago.

After a successful grapple, can you make an attack with melee weapons, ie dagger(s) or shortsword(s)? Or are you left with continuing the grapple vs ending it?

I'm not sure how best to describe it so here is a picture to give a general idea. 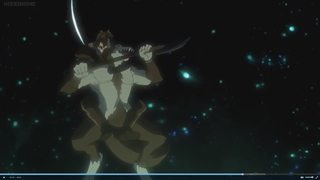 Additionally, would this be considered a normal attack or something else?

When you want to grab a creature or wrestle with it, you can use the Attack action to make a special melee attack, a grapple. If you’re able to make multiple attacks with the Attack action, this attack replaces one of them. (PHB p.195)

For example, if you have a 5th level Champion, you can try to grapple your opponent, and if you succeed with the grapple attempt then the second attack (with a weapon like a war hammer that you have in your other hand) is available. Note that you can't now have a shield unless you have a third hand, and it has to be a weapon you use one handed.

The condition remains until it ends. The target is grappled until either it escapes the grapple (which requires the target to use an action) or you voluntarily release the grapple.

Hold 'em by the arm and smack them in the head with your hammer, for as long as the target is unable to get free of you.

So I can't use my legs to (for argument's sake) lock over the shoulder and under the arm and strike with 2 daggers using the dual wielder feat?

No, you need to use at least one free hand per the rules. If you want to use cool judo moves, or cool wrestling moved, you'll need a DM ruling for that. As to your picture, the feet wrapped around the waist of the target don't matter, per the rules.

You have advantage on attack rolls against a creature you are grappling.

Clearly, then, one can attack the target of a grapple.

Looking back to the grapple rules we see that initiating a grapple requires a free hand. It doesn't exactly say that you need to continue using that hand to grapple, so there's a judgment call to be made as to whether you can attack with a two-handed weapon while maintaining the grapple. ("I tuck their forearm into the crook of my knee and kneel down, effectively trapping his arm, and raise my maul high overhead with both hands..." for instance.)

Not the answer you're looking for? Browse other questions tagged dnd-5e grapple attack or ask your own question.

9
Can one attack for damage after having grappled an opponent?
7
With Extra Attack, can I grapple an opponent and attack with offhand dagger?

7
Is a creature that used the 2nd option of Improved Grab grappling or not?
13
Can you maintain a grapple you are no longer capable of initiating?
7
With Extra Attack, can I grapple an opponent and attack with offhand dagger?
6
Does it matter which weapon I attack with first when two-weapon fighting?
9
Can a multiclassed Kensei monk/Swashbuckler rogue use an offhand finesse weapon to trigger Sneak Attack, without using a bonus action?
9
Ruling for Grappling a Creature Underwater While you are on Land?
11
Can the reaction attack from the third benefit of the Sentinel feat be triggered by a shove or grapple?
18
Can you escape a grapple during a time stop (without teleporting or similar effects)?