I am having trouble recalling a space-based Role Playing Game that we tried after we first tried Traveller. Our usual D&D group didn't care for Traveller as much as I (and the DM/GM) did.

My most vivid memory is of one game session that included one of our players using a weapon called an "ion chatter" (something like a submachine gun) to clear out a bar in a rough part of the spaceport where we started. (I recall mostly using grenades myself).

What space based RPG were we playing? There were not many sessions, as we went back to D&D shortly after that.

I can't find it

My various web searches for "ion chatter" do not have any weapons show up, and I have some images from Google under "ion chatter" that are ion weapons from WH40K which is not the game we were playing.

What RPG were we playing?

As recommended by @nitsua60, these appear to be a few games we were not playing:

Based on the timeline and some comments, I was able to eliminate Ken St Andre's Starfaring (cover wrong) and a game called Space Patrol (only 24 page rule book). Further commenting indicates that Space Opera came about a year later than I recall playing (based on life events like us all being out of college by that point, and because the cover was wrong).

Could it be Space Quest? Somebody at least seems to think that game has Ion Chatters.

An excellent source for raw, bad and unlikely sci-fi hardware is the long OOP Tyr Gamemakers LTD. "Spacequest" with its rigger operations and ships' Circuit Function Boxes and Ion Chatter guns. Oddly enough, this game was also written in 1977 and seems like the perfect vehicle to roleplay the Jetsons. By comparison, Traveller is pure hard SF and, IMHO, a better put together game. 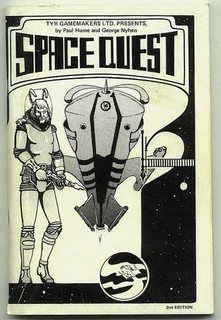 I found a number of them on Wikipedia. Could it be Space Quest?

Based on comments from @NestorDRod:

The game does indeed have ion chatters. I know because I knew one of the authors and played the heck out of this game. It also had alien races with names like Trilax and Silicoid ... I bought my copy from the author, so I wasn't aware of a first printing. I recall one of the things we worked on was playtesting some planetside (read "wilderness") rules.

JP ChapleauJP Chapleau
5,26611 gold badge1313 silver badges4242 bronze badges
\$\endgroup\$
7
|  Show 2 more comments
0
\$\begingroup\$
Want to improve this post? Provide detailed answers to this question, including citations and an explanation of why your answer is correct. Answers without enough detail may be edited or deleted.

Bruce DykesBruce Dykes
2511 bronze badge
\$\endgroup\$
6
|  Show 1 more comment
-1
\$\begingroup\$
Want to improve this post? Provide detailed answers to this question, including citations and an explanation of why your answer is correct. Answers without enough detail may be edited or deleted. 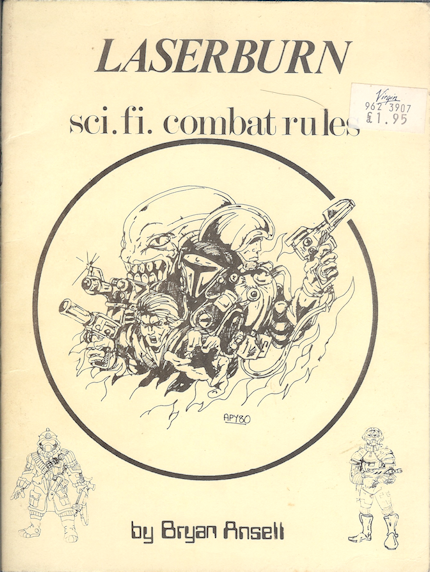 It's from 1980. Less RPG and more wargame and a Warhammer precursor, but the cover description sounds promising.

8
What's this roleplaying game that came with a video and a box?
20
What was this Magic the Gathering RPG I remember?
15
Fantasy Game Where Your Stats are Based on Your Real-life Skills and Abilities
13
What's the game in which the PCs themselves have character sheets?
4
What RPG system is Dominions based on?
14
Help me identify this 1980s book about role-playing
6
Trying to remember a modern monster-hunter RPG that I played in in the 1992-1998 timeframe
8
I've been trying to track down an old P&P RPG that I used to have years ago
9
Princess Elizabeth's Space Marines game league?
19
"Tarot" based RPG?