How can a PC become more draconic?

Long story short, the frail, ancient 7th lvl wizard in the party I DM is actually a dragon who is slowly remembering his past and the dragon council's curse that turned him into a human. He has learned his lesson over the years, and will be allowed to become a dragon once more when he is level 17 and can cast True Polymorph.

However, he wants there to be a sort of transition between what he is now and the adult dragon he will be able to become.

In the core rules (MM, DMG, and PH), what options are there to make a wizard PC seem more draconic or have dragon-like abilities? I'm especially looking for things between 7th and 17th level. Items, spells, and potions are all viable. I am a DM that allows UA, pending my approval.

For reasons of his own, the PC does not really want to multiclass, though we have discussed it as an option.

We are far enough in the campaign for the PCs to be known throughout the local kingdom and mildly inconvenience one of 3 major villians who are competing for power. They have a long way to go before saving the world, though.

I'm not worried about him stealing the spotlight, for the record.

Your human wizard has little to no options available to him for this transition aspects without some pretty significant retcon if we followed the RAW.

Sorcerer class with draconic bloodline; would be perfect class for this. At level 14 the bloodline gives the sorcerer dragon wings that they can summon and dismiss. If he wished he could reverse the intended effect to be the wings out being his default(the RAW as far as I can interpret don't clash with this mechanically). The text in the book for how the wings appear and disappear.

Half-dragon template for a racial aspect; with this he could have dragon like qualities on the physical aspect and such. You could also homebrew the visual parts to be toned down. If you want to work it into the character's story, you could have it be the curse weakening as he gets more powerful and starts showing itself physically(I'd limit it to a tail, but that is just me). However the template does not say they HAVE to look like lizards an you could easily go with the logic that the cursed form takes precedent, or simply say their other half's genes are stronger(this is more for anyone else looking for similar answer to this question). So maybe at level 14 when he gets the wings you could have the half dragon template come into play. At this point this would do little to make him more powerful. He'd gain a breath weapon that quite frankly pales in comparison to his spells by this point, dark vision(60 ft) and blind sense(10 ft).

For a spell, you could allow the druid unearthed arcana cantrip Primal Savagery.

Primal Savagery, Transmutation cantrip, Casting Time: 1 action, Range: Self, Components: S, Duration: Instantaneous; Your teeth or fingernails lengthen and sharpen. You choose which. Make a melee spell attack against one creature within 5 feet of you. On a hit, the target takes 1d10 piercing or slashing damage (your choice). After you make the attack, your teeth or fingernails return to normal.

This would reflect a 'tapping into his previous physical primal might'. And it scales decently well. Combined with quicken spell he'd potentially do 8d10 by level 17 with just melee. (compared to an ancient dragon's multi-attack average 55, max 74 vs primal savagery average 44, max 80)

For Items, you could use the Tiamat dragon masks, but those are very powerful and supposed to only be one of a kind to my understanding. These masks would be the stuff that approaches breaking the character ironically. Everything else here not so much, especially if he does not multiclass.

As mentioned by the others the half-dragon template is a good starting point, but you can increment it by level.

The template given on pg. 180 of the Monster Manual gives the following attributes to half-dragons:

Resistances. The half-dragon gains resistance to a type of damage based on its color. [table follows]

Languages. The half-dragon speaks Draconic, in addition to any other languages it knows.

The following are the levels at which I'd recommend adding the new abilities. Since you mentioned that by 17th level he will become a full-fledged dragon, I spread the increases over 10 levels.

Level 7: He gains the ability to speak and understand Draconic, as well as blindsight and darkvision, either at half range or full range. These do not affect the mechanics of the game, and that kind of fluff will hold the character over until the next increase.

Level 10: Alongside his second arcane school improvement, the wizard will gain resistance to the element associated with its true draconic identity, as well as its first instance of breath weaponry, at wyrmling strength, recharging on a 6. 1 Resistance is more than reasonable at this level.

Level 15: Breath weaponry becomes the standard adult strength, and recharges on a 5-6 like a common dragon. At this point, consider giving your character full immunity.

As for the DC, use the standard 8+Prof+Cha used by dragons. This should keep his power in check a bit, as wizards rarely have Charisma as their highest or even second highest stat.

Of course, the important part is keeping your wizard PC fairly balanced with the party. If he starts to overshadow the other characters too much, make sure to have him progress more slowly, or add complications like another dragon interfering in his progression in order to keep his strength in check.

[The picture below, taken from FRwiki, is what the MM pictures a half-dragon looking like.] 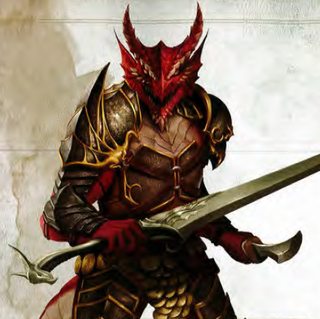 Resistances. The half-dragon gains resistance to a type of damage based on its color. [table follows]

Languages. The half-dragon speaks Draconic, in addition to any other languages it knows.

A creature might also transform into a half dragon as a result of a mad wizard's spell or a ritual bath in dragon's blood. In all cases, the result is a creature that combines the essence of a dragon with the form of it's original race. A typical half-dragon's life span is twice that of its nondraconic line, so that a half-dragon human might live more than a century and a half.

Gives you the form and appearance of a dragon mostly and gives hime more time to live and make it to his full recovery.

So dunk him in a dragon blood bath and have a draconic cult or group of dragon worshipers or something ritualize him closer to his true form.

Not the answer you're looking for? Browse other questions tagged dnd-5e dragons character-development or ask your own question.

30
Roleplaying a Dragon Better
9
Can a player character be an actual dragon?
8
How to adjust PC statistics when undergoing a (semi)permanent transformation into a different creature?
5
How can my half-dragon villain aim to become more draconic?
-2
How can I create a playable monster in DnD 5e?
0
Is there a rules-based way to make a dragon player character?

37
How can I roleplay my evil character properly?
23
How would one create a balanced dragon PC?
28
How to justify my thematic spell selections to other players saying they're underpowered?
24
How to balance “one” PC that is two weaker characters combined?
18
What to do if the DM ignores all but one player character's backstory?
5
How can I restore balance to this unbalanced party?
10
Do ability scores have any effect on casting the Wish spell?
12
Is this homebrew Dragon Rider class balanced compared to the other official classes?
6
Is it legal to use True Polymorph to become a really old adult dragon so that you become ancient with time?
5
How can my half-dragon villain aim to become more draconic?