So, it's that a case where Charisma can be influenced by Constitution ? Like i say below, "...physical attractiveness, persuasiveness, and personal magnetism. A generally non-beautiful character can have a very high charisma due to strong measures of the other two aspects of charisma."

Considering a PC/NPC with low/normal skills in persuasion and normal personal magnetism PLUS a low constitution (like 8 or 6 or even below that) should i drop his charisma ?

Charisma (CHA): Charisma is the measure of the character's combined physical attractiveness, persuasiveness, and personal magnetism. A generally non-beautiful character can have a very high charisma due to strong measures of the other two aspects of charisma. Charisma influences how many spells spontaneous arcane spellcasters (like sorcerers and bards) can cast per day, and the effectiveness of said spells. It also affects Bluff, Diplomacy, Disguise, Gather Information, Handle Animal, Intimidate, Perform, and Use Magic Device checks, how often and how effectively clerics and paladins can turn undead, the wild empathy of druids and rangers, and a paladin's lay on hands ability."

I'm not looking for a debate about this, just a clear answer if possible.

I wouldn't tie the two together. D&D has a fairly small number of basic stats (like Constitution and Charisma), so it's interesting to see what different combinations of high and low scores mean.

Someone with low constitution might not be able to run for long, or they might be rather frail, or they might just get sick a lot. Someone with high charisma might be very persuasive, or very good looking, or a great leader. These are not mutually exclusive ideas.

Here are some ideas for people with very low constitution and very high charisma:

So if you have a PC with low to normal skills in persuasion and personal magnetism, give them a low to normal charisma score. There's no reason to tie it to their constitution.

GMNoob, thanks for suggesting Steve Jobs for this list.

Constitution doesn't measure physical attractiveness. Even so, a Charisma score represents how charismatic the character is now, not what they would be if they were better looking. Cha 18 / Con 3 is a valid combination, as is Cha 3 / Con 18.

I've always been frustrated by the general idea the "physical beauty" aspect of CHR is so often emphasized over the "persuasiveness" and "magnetism" facets.

For your consideration, many "ugly" people would have a very high CHR: [taken from http://ty.rannosaur.us/10-famously-ugly-people/]:

Socrates: 'Credited as one of the founders of Western philosophy, Socrates was also well known for his piggish features.' 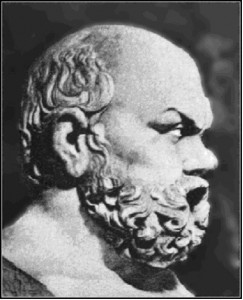 Attila the Hun: 'Practically unstoppable, Attila almost wiped out Western civilization ... he looked more like Shrek. Passages from history describe an extremely short man, built like an ogre, who so hideous that he was “human and yet not.”' 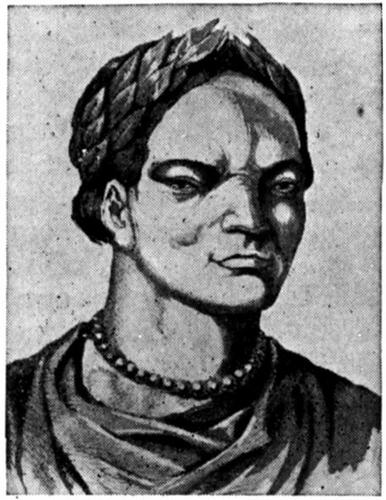 Jean-Paul Marat: Considered to be one of the most important men in French history, Marat was best known for his rabble rousing journalism during the French Revolution ... spent most of his time in a bathtub to get relief from a bunch of skin diseases he picked up while hiding in the French sewer system.

They are independent ability scores. In the case of monsters, their overall stats are usually set "to taste" by the designer to fit the creature's concept, and there's no rule (or even suggested guideline) about CON and CHA of monsters being related.

I think the two can work hand-in-hand to a point, but typically they are separate. At one time, we split our stats in two. For example charisma was something like comeliness and leadership. We had play within the numbers. We roll the primary stat then we could choose within points what the secondary stat would be. So if I had a 16 charisma, I could pic a 14 comeliness and 18 leadership (if I recall correctly). Be to honest, I don't remember most of the rules we had anymore and this was in a 2e world. But I seem to recall that constitution/health and charisma/comeliness would work together somehow.

It all comes down to how you want to do it. Try it. Either work with the players or secretly try it.

Not the answer you're looking for? Browse other questions tagged ability-scores dnd-3e .

14
How does becoming undead interact with Constitution score increases?
38
Does a character with 10 Constitution only need to eat every 4 days?
2
When does the Charisma bonus from Fire Affinity apply?
1
Does constitution modifier math into racial HD health in DnD 3.5?
20
Which magic items use Charisma or boost Charisma?
3
How do constitution modifier changes affect current HP?
9
How can I encourage players to role-play using their ability scores?
2
Ability increase for extra HD not calculated correctly under the Lycanthrope entry in the Monster Manual?
11
How to play a low wisdom character with these flaws and ideals?