What do Devils eat, and how do they get it?

When a monster in the Monster Manual doesn't need food, drink, sleep, or air, it's specified by a [X] Nature. For example, a zombie has an Undead Nature:

Devils (and many other extraplanar creatures) lack this feature, and therefore do need to eat, drink, breathe, and sleep.

However, in the DMG, the Nine Hells are described as desolate, inhospitable wastelands. What do devils eat? How do they get their food and water?

I'm trying to flesh out Devils for my campaign, and I'd like to see if there was any official material on this topic. While I'm running a 5e game, relevant material from other D&D editions is also acceptable.

A gray land with an ashen sky, Hades is the destination of many souls that are unclaimed by the gods of the Upper Planes or the fiendish rulers of the Lower Planes. These souls become larvae and spend eternity in this place that lacks a sun, a moon, stars or seasons.

A larva is a miserable fiend that retains the facial features of its previous form but has the body of a fat worm. A larva has only a few faint memories of its previous life and the statistics in the larva stat block.

Hades is crawling with larvae. Night hags, liches and rakshasas harvest them for use in vile rituals. Other fiends like to feed on them.

How do they get there? Easy: The River Styx. From page 58:

This river bubbles with grease, foul flotsam, and the putrid remains of battles along its banks. Any creature other than a fiend that tastes or touches the water is affected by a feeblemind spell...

The Styx churns through the top layers of Acheron, the Nine Hells, Gehenna, Hades, Carceri, the Abyss, and Pandemonium. Tributaries of the Styx snake onto lower layers of these planes.

The river can double as a source of water for fiends, who would probably find its foul nature refreshing.

So it's not hard to imagine that devils might have settlements near the Styx, just like humans tend to build towns and cities along bodies of water, and low-ranking devils could be sent to collect larvae periodically. Or perhaps some other enterprising fiends sell larvae to them, just like some have taken up jobs as ferrymen on the Styx.

There may also be portals leading directly to Hades (or indirectly through Sigil) and devils might build settlements "inland" from the Styx around such portals. Again from page 58:

Traveling between the Outer Planes isn't dissimilar from reaching the Outer Planes in the first place. (...) Most often, though, characters use portals - either a portal that links the two planes directly or a portal leading to Sigil, City of Doors, which holds portals to all the planes.

Starving may not be a concern for most demons. The Monster Manual suggests most don't last long due to their constant infighting. They might even cannibalize the other demons they defeat.

A demon might spawn as a manes, then become a dretch, and eventually transform to a vrock after untold time spent fighting and surviving in the Abyss. Such elevations are rare, however, for most demons are destroyed before they attain significant power. The greatest of those that do survive make up the ranks of the demon lords that threaten to tear the Abyss apart with their endless warring.

The fewer long-lived demons likely just force lower demons to get food for them:

Demons respect power and power alone. A greater demon commands shrieking mobs of lesser demons because it can destroy any lesser demon that dares to refuse its commands.

There should be no shortage of manes to do menial tasks, and given that they're weak and the Abyss constantly spawns them from the souls of damned mortals, they're probably considered expendable.

Finally, don't forget that the descriptions of the planes are written from the perspective of denizens of the Material Plane. The Abyss and the Nine Hells may be inhospitable to humanoids but that doesn't mean there's nothing there that fiends can eat. The DMG mentions some layers of the Abyss that might support demon "life" without having to travel all the way to Hades:

The Gaping Maw. Demogorgon's layer in the Abyss is a vast wilderness of savagery and madness known as the Gaping Maw, where even powerful demons go insane with fear. Reflecting Demogorgon's dual nature, the Gaping Maw consists of a massive primeval continent covered in dense jungle, surrounded by a seemingly endless expanse of ocean and brine fiats.

Death Dells. Yeenoghu rules a layer of ravines known as the Death Dells. Here, creatures must hunt to survive. Even the plants, which must bathe their roots in blood, snare the unwary. Yeenoghu's servants, helping to sate their master's hunger as he prowls his kingdom seeking prey, capture creatures from the Material Plane for release in the Gnoll Lord's realm.

Given the Abyss's supposedly-infinite layers, there's potential for many such layers to exist.

What do they eat

To date (5 September 2017) there are no canonical 5e explanations of what devils eat.

1 Devils did not exist in AD&D 2e for reasons. However, there was an extra-planar group of outsiders called the baatezu who looked remarkably similar. This podcast goes into details.

How do they get it 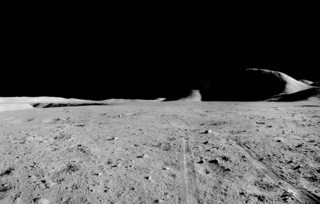 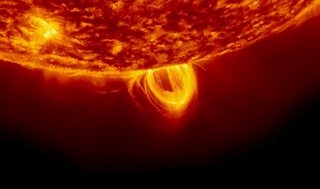 in which case finding food would be a problem (although a long term problem compared to asphyxiation and freezing/burning).

Alternatively it could mean: 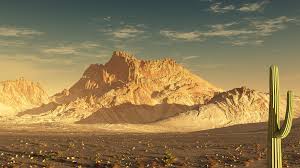 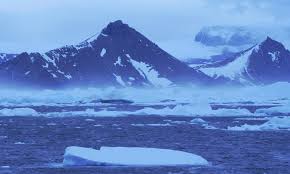 in which case finding food is just really, really hard.

Of course this assumes that devils eat what animals eat and this is boring! Devils hunger for souls! You think they enter all those contracts just for fun? No, they're ordering out.

Resources for the Nine Hells

With the release of Mordenkainen's Tome of Foes, 5e finally explicitly mentions that devils eat. In the bestiary, the flavor text for the nupperibo (p. 168) says that they are supernaturally hungry and that they do in fact eat their prey.

It can be presumed that higher devils will have a more refined palate, but that does not mean that they cannot eat anything that a nupperibo can.

In general, just because a location is desolate or a wasteland doesn't mean that it isn't possible to acquire food and water. The best real world example would be Las Vegas, a desert turned into an economic center thanks to modern engineering. Importing food and water is possible for communities that are wealthy enough. Similarly, treating waste can reduce the reliance on imports.

In the Faces of Evil: The Fiends from AD&D 2e, the fiends are gone over in detail and the prevailing theme seems to be that while they love living flesh they don't need to eat it for the protein, but that most of the nutrition comes from some aspect of the consumed creature.

Now if you want more details I'd recommend the book, there are not a lot like it nowadays, as it is a fluff book. Overall the fiends seem to eat each other, the souls of the damned sent to them as soul maggots, and more than that - any good creature, mortal or planar, that they can get their hands on. Either by hook or by crook. They'll pay mortal slave rings, demand sacrifices from cultists, use trapped towns, or just raid places. Because you have to remember that the universe doesn't lock them away very well.

Not the answer you're looking for? Browse other questions tagged dnd-5e monsters lore planes food-and-drink .

16
What are the planes of D&D 4e? Where did they come from, and how are they connected?
9
Is death from old age contingent upon creature type or the specific creature?
21
What happens if a vampire can't rest in his coffin?
17
What punishment befalls devils who break their contracts?
15
What is the lore-based reason that the Spectator has the Create Food and Water trait, instead of simply not requiring food and water?
4
What is the mechanical difference between the Spectator's Create Food and Water action and the Banshee's Undead Nature Trait?
3
How can a rakshasa deal with sleeping when relying on the "Disguise Self" spell?
11
Are Warforged required to eat and drink?
20
How much max HP should the Demilich have?
15
Food Scraps, what are they and do they go bad?