I am a fairly new DM and I have a group of new players. The campaign is going well and everyone seems to be having fun so far. One of the players plays a sorcerer, however, which means that he has to browse through a pretty big list of spells every time he levels. He, obviously, doesn't know what most of the spells do, so it takes quite a lot of time for him to pick. I try to summarize the effect of all spells that i remember, but it is still quite a tedious process. I would like to know if there is a way to make it easier for him.

If he wants to understand his options and make informed choices himself, he must slog through the new and unfamiliar spells as extra study. Let him borrow your PHB or have him read through online spell lists on his free time, to familiarize himself.

What you can do to help him is turn the spell selection into an away-from-table activity(or better yet the whole level up process)- homework, if you will. This ensures that the game doesn't grind to a halt as everyone picks spells, rolls for additional HP, and reads through new class features. With this method, you may even communicate with him through text, email or other media for any questions he may have regarding the spell, but most important of all: It doesn't consume precious game time.

There are great guides

In two forums, enworld.org and giantitp.com you can find really good guides on what spells to take, with recommendations for races, feats, multiclass and even builds. They don't always agree, but there are no huge differences.

You still have to read a lot, but they have already done the hard part (thinking and evaluating) for you. As long as you don't take anything red, think hard before taking anything below blue and rejecting above blue, you will be fine.

Obviously, don't read them during game time, but plan out your spell progression 2-3 levels ahead.

Something I find very useful in the games I run is having the Spellbook Cards from Gale Force 9 - they're often sold in the same places as the books, but if you can't find them then they are on Amazon and GF9's own website (they've just had a reprint, so are available again etc).

The cards are available in several different boxes, such as Arcane, Cleric etc. There are also per-race and non-spellcasting class abilities too (ie, Fighter maneuvers, Drow innates etc).

Each of the cards is designed with the back having the same base design per-whatever (Bard looks different to Cleric etc), as well as the level of the spell on it - so easy to just hand over all the level 2 spells to look through.

The front of the card has the spell name, a small boxout of basic information - level (again), school, VSM components. In some boxes the Ritual ability is listed, though others it wasn't - hopefully something they fixed in this second printing.

There is then a box with the description of the spell effects, then (if relevant) a further box at the bottom for "at higher levels". Finally the page in the PHB you can find the spell is listed.

One thing I will say with the cards - the wording is shortened simply because some of the descriptions are pretty long, but there is limited space on a half playing-card sized area on the front - so if someone is casting a spell that's not well known or very immediately obvious, make sure you check the actual wording in the book - the cards can miss out important information that relies on a single word - exactly the same way a player might when telling you the effect (or even just name).

The cards themselves are pretty good - thicker and stronger than any playing cards I've had, and also laminated so they can stand up to a lot of handling, and can be written on with whiteboard marker and wiped off etc.

Wizards themselves provide easily printable lists by class, school and level via Sage Advice - it's updated any time anything changes, but going to link to the August 2017 Sage Advice page, and the current D&D Spell List v1.01 (I think there was a spell name fix, it really doesn't change much unless new content comes out). 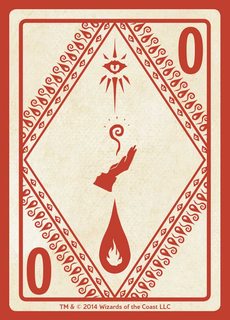 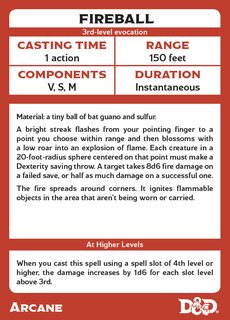 D&D Beyond offers all of the free content from the Basic Rules, SRD and Elemental Evil Player's Companion in an easily searchable format. It's also easy to compare options side-by-side since the search results can be expanded or collapsed without going to a separate page. 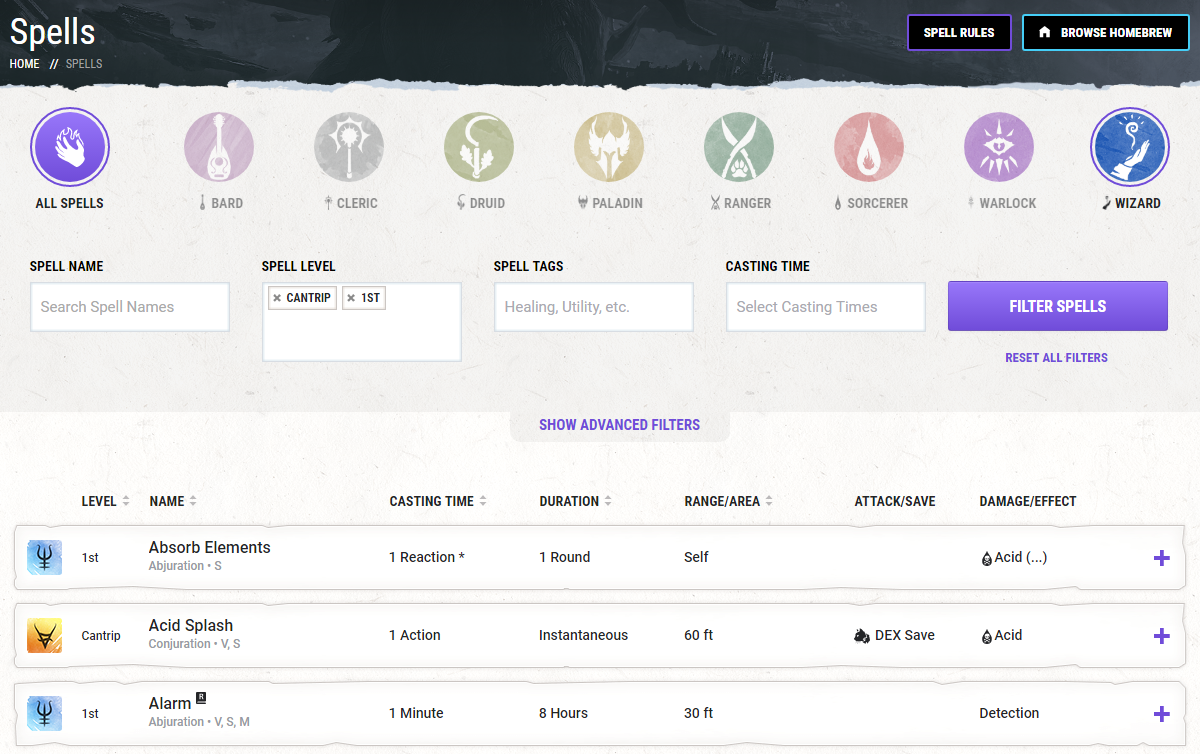 The site also has a character builder that calculates how many spells you should be able to know or prepare according to your class's Spellcasting rules and only presents options that are legal for your character.

This doesn't solve the problem of picking useful spells, but it does speed up the process of finding the relevant spells and comparing them.

For me personally I get as much fun out of helping people level up and make spell selections as I do from the game itself. I don't consider that this needs to be an out of game activity when people are new and it isn't in games that I am involved in if I get my way.

Only one person may be playing a Sorcerer now but in your next game that might change; working together to go through the leveling up process for multiple characters can be a great way for everyone to learn. In fact it is often quite important for people to know each others powers as it leads to a more efficient team.

If your Sorcerer player trusts the rest of the group then everyone can research together, pick out the interesting sounding spells and go from there. Each person taking a page from the book is much better than one person reading the whole thing but still spreads the knowledge.

Not the answer you're looking for? Browse other questions tagged dnd-5e spells new-players or ask your own question.

6
Does the feat Magical Training grant a spell list?
25
How can I improve suggesting classes to new players?
4
How to get new players into a convoluted homebrew system?
25
How can I balance gradual character advancement for new players vs. trying to keep the PCs at a similar level?
75
How to deal with a player who refuses to learn the description of their spells and abilities?
19
What spell list must dragons use, if any?
11
Very generally, what is the difference between an Eldritch Knight and a Sorcerer with a dip into Fighter?
31
Does limiting the number of sources help simplify the game for a new DM with new and experienced players?
10
What method can I use to properly set expectations for a group of new players with a history in cRPGs?