Can RPGs be played "offline" or "asynchronously"? [closed]

Is it possible to play RPGs without all the players meeting physically, or even playing at the same time? For example, the GM might provide a description of where the players are and then the players could, over the course of a day or a week, announce their actions?

In order to find one that you like, do a search with that term and include the genre of game you are interested in. I know of some play by post games in the GiTP forums, but have not yet joined one.

This is a more modern version of the "play by mail" that I played in the 1970's and 1980's as a young adult, with the major advantage of less dwell time between moves/move resolution. (My brother and I played Diplomacy by mail once with some friends when we lived overseas; it took almost a year for the game to resolve). The last two campaigns I played in PBM were a medieval/fantasy game, and a space game somewhat like Traveller(with a lot of trading to keep funding our team's fleet) but with more ship to ship combat.

I wanted to throw in a mention that addresses the "without all the players meeting physically" without the "or even playing at the same time?" If you are willing to do synchronous virtual play, lots of virtual tabletop platforms exist (just do an internet search for "virtual tabletop"). There are also several online RP communities, such as the gauntlet, that operate on social media (google+ for the gauntlet and RP via google hangouts). I do not know if any of them permit asynchronous play, for that I would definitely recommend KorvinStarmast's answer of play by post. I would recommend myth-weavers rather than GiTP though, because I have found the additional organizational tools to be extremely useful. There are many play-by-post (and many virtual tabletop) options out there though. As noted in many comments, play by post tends to be slower paced, which can be a challenge for some, but also a great advantage GMs as you don't need to do as much up-front prep. Virtual tabletop play tends to be faster paced (especially if audio conversation is included, either integrated into the tabletop or via a separate app like skype).

I've been doing this by email with a small group of players for years. For us, it's only the DM and 2 players. On rare occasions 1-2 other players will join for a short time.

It works like you describe. The DM simply describes stuff, and the players write back (Reply to All) with their actions. When dierolling is needed, we trust the players to roll their own dice and simply report the results. If potential cheating is a problem, I'm not sure what you can do; maybe use a forum with integrate dice instead.

For combat, or other situations when we need maps, we've been passing SVG files around. Inkscape is the tool most of us use.

We're playing D&D 3.5. During combat, we all roll initiative, and the DM calls on each player in turn to act at the right time, interspersing NPCs and enemies as appropriate.

It's not fast, and it would be slower the more people participating, but it's worked well for us. We're not in any hurry to rush through things.

Here's an example map from a few years ago. The big bug thing is a Neogi 'deathspider' spaceship from Spelljammer. The multicolored tokens at the bottom are the PCs (each player had a couple of characters, and the DM had some characters, too). The other dots represent neogi, umber hulks and human slaves. The players would either tell the DM where they wanted to move to, or do it themselves and resend the map. 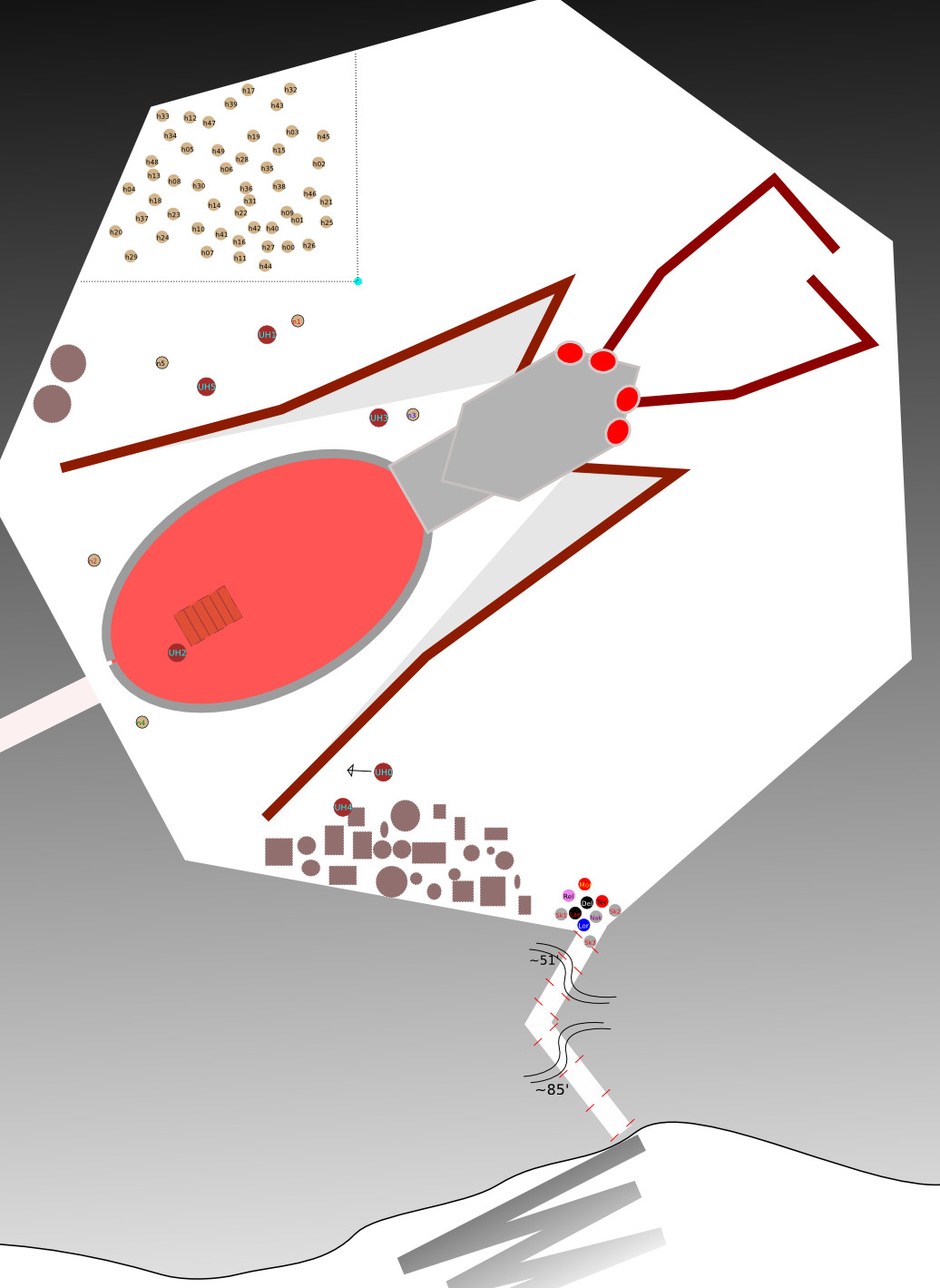 Not the answer you're looking for? Browse other questions tagged online-roleplaying play-by-post .

14
What's the largest PBM RPG ever run?
8
How can I handle a maze in a play-by-post game?
4
How can I interest a player in playing online?
6
Handling Sleep in Competitive Play-by-Post RPG
13
Can I keep playing a character who annoys other PCs?