What's the weapon this dragonborn has?

There's an illustration on page 45 of the Draconomicon for D&D 4e, excerpted in this image: 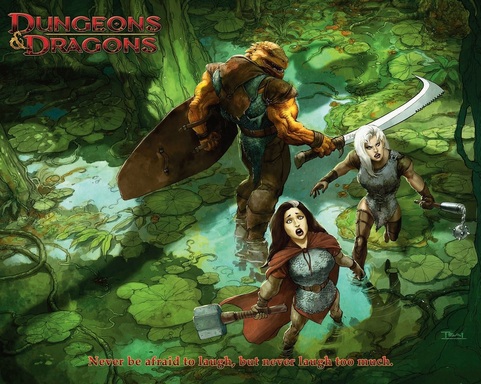 What is the name of the weapon the dragonborn in this picture is holding? I'm looking for a statted weapon (if there is one) or confirmation that there isn't a statted weapon in a guide or reference. Preferably I'd like to find a pathfinder version, even though the art is from the draconomicon from 4th ed.

D&D's weapon descriptions are usually fairly broad such that many weapons which would have different names and classifications in the real world fall under one mechanical umbrella in the rules, and within the general shape of the weapon you get a lot of free reign to describe the details.

Based on being a large, broad-bladed curved sword the weapon depicted would probably be best described as a falchion, were it not for the fact that it's being wielded one-handed. If limited to the PHB core it might be either a longsword, scimitar, or bastard sword, but the Adventurer's Vault introduces some new weapons that could also fit the bill - the khopesh, which is a kind of axe-sword, or the broadsword, as it is very broad-bladed compared to the standard image of a bastard sword/longsword.

The odds however are very unlikely that the artist of the image had a particular weapon type in mind when they produced the piece.

That looks like some sort of chinese dao. With a spike from uruk hai cleaver from LOTR films. I would look for something like a big sabre or a cleaver. ... In 4e a falchion or a scimitar.

4
Dragonborn Item Interaction
4
What is this 15-foot weapon with "extended reach" I'm remembering?
10
Is there any deity whose worshipers are allowed to substitute a weapon for a holy symbol?
6
What is this longsword that turns into a high-crit chain- or whip-like weapon that I remember?
18
Has the floating city on the back of the Dungeon Master Guide ever been positively and officially identified?
8
What is the name of this "living planet" creature?
1
What's the significance of different laser weapon types?
1
Where can I find more information on the Gloaming Court/Gloaming Fey?
6
What's the best weapon for disarming?