How can I get greater coverage using Alarm and can it be cast more than once?

Choose a door, a window, or an area within range that is no larger than a 20-foot cube... A mental alarm alerts you with a ping in your mind if you are within 1 mile of the warded area. (PHB 211)

If you can be over a mile away, a 20-foot cube is not a very large area. And if you are sleeping, a 20 foot cube only gives you 10 feet max on all sides (which isn't enough warning if you are being attack by someone with 30ft movement speed, for example).

You can cast multiple instances of alarm

The general rules say that if you know the spell, have the slots, have the components, and meet any additional requirements, you can cast a spell.

You can even ignore the spell slots if you have the ritual casting feature and take 10 minutes to cast the spell as a ritual.

Casting alarm multiple times does not violate any of those rules and it is not a concentration spell.

Spells use language to describe effects outside of the rules

If there is not a general rule that describes something, then the spell's effect must say it for that thing to be true. A spell says what it does. Nothing more or less.

Other spells have language that specifically says what happens if you cast it multiple times. For example, minor illusion:

The illusion also ends if you dismiss it as an action or cast this spell again.

This gives credence to the interpretation that there are no rules for casting spells multiple times since it had to be elaborated in spell descriptions. But also, it makes the lack of such text in alarm significant and meaningful.

Prestidigitation even specifically allows, but limits the recasting of the spell:

If you cast this spell multiple times, you can have up to three of its non-instantaneous effects active at a time, and you can dismiss such an effect as an action.

Presumably it was important to put that limitation in there because prestidigitation is a cantrip and thus has no limit to the number of times it can be cast (unlike alarm which is limited by slots).

An example of another spell that can be cast multiple times like alarm would be glyph of warding. It is similar in many respects to alarm and also has no language restricting it to one use.

Alarm does not have any such language and no general rule says you cannot do it, so you can!

The spell says (as you also noted):

Choose a door, a window, or an area within range that is no larger than a 20-foot cube.

The spell will always specify if it has any effects that will scale with level or any other kind of details. The spell does not say anything about effects changing when you cast at higher levels so they do not change.

Ways to increase the effectiveness of your alarms

Using alarm in the middle of an open field and centering it on you while you sleep is not going to be the most helpful if someone is going to attack you for example. However, it is not useless and actually still could be helpful if the intent of that person was, say, to pick your pocket while asleep.

The clearest way to improve your use of alarm would be:

If you cannot find an enclosed campsite you could try any of these:

You can certainly cast alarm as many times as you want (make sure you are observing the casting time though), but really just picking a more secure campsite is going to be the best way to get better use out of alarm.

And it is important to note that alarm is a low level spell, it is not intended to solve all of your security needs. But in the right situation and with the right preparation it is invaluable.

You don't have to create a huge cube, you can create a 1ft wide perimeter alarm wall around an area 200ft in length. 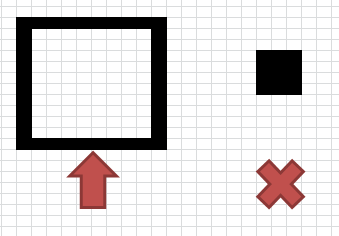 For more security you might want to create multiple alarms, then at least you know which one is triggered giving you an idea where the danger is coming from, but you can get away with just one.

26
Does "no larger than" imply shapability?
6
How flexible is the size of Mold Earth?

6
Can a wizard have more than one Alarm spell active at once?
26
Does "no larger than" imply shapability?
19
Will the illusion of a creature, of a given type, trigger a spell contingent upon the creature type?
17
What are the limitations to using the Shape Water cantrip for cheating and forgery?
5
How does an NPC set up unobvious long-distance alerts similar to Alarm?
3
What is the sound's origin of an audible Alarm targeting a cubic area?
13
Can the alarm spell be detected by mundane means such as a normal perception check?