What happens when a character dies? [closed]

What happen when a player's character dies in an ongoing campaign?

Does he/she create a new character?

If so, what level is the new character?

It all depends on what is available.

Just because they reach 0 HP, doesn't necessarily mean they're dead.

Now, as for what happens afterwards: it all depends on your game, and the DM. For the most part, there are ways to bring back party members from death, and the Resurrection spell is one such way.

You touch a dead creature that has been dead for no more than a century, that didn't die of old age, and that isn't Undead. If its soul is free and willing, the target returns to life with all its hit points.

This spell neutralizes any Poisons and cures normal Diseases afflicting the creature when it died. It doesn't, however, remove magical Diseases, curses, and the like, if such affects aren't removed prior to casting the spell, they afflict the target on its return to life.

This spell closes all mortal wounds and restores any missing body parts.

A Caster in the party can learn this, if they are of high enough level, or, you can likely quest for a healer to do so. That is, of course, if the DM allows it. Talk to them to discuss the possibility.

(Other spells that can bring back dead party members include Revivify, Raise Dead, Reincarnate, and True Resurrection. Each spell has different requirements, costs, and effects.)

That said, there are certain quests (Tomb of Annihilation, for example), where the whole point is that PCs cannot be resurrected, and it is up to the party to cure the land of the curse that prevents this.

In the meantime, since Resurrection is often not a straight-forward event, it might be worthwhile to roll up a new character, or perhaps take over the role of an NPC that has joined the party, or whatever, as a stand in so you're still a part of the game.

Otherwise, if all of these are not a possibility in your game, you will have to roll up a new character. As for what the character level is, that is something to discuss with your DM. Boosting your PC level would depend on the level the rest of the party is at.

Surely this topic must be addressed in there. I mean its an experience that will happen to every playing group eventually.

Oh wait, I was foolishly thinking that because it was called the Dungeon Master's Guide it might actually contain guidance for Dungeon Masters. Silly me.

The rules for dying are on pp. 197-198 of the Player's Handbook - either you can be killed by massive damage or by failing enough death saving throws.

Death is only the beginning

After you are dead there are a number of spells that can bring the character back to life:

He's not coming back

Having reached the he's dead, Jim point the usual response is the player goes through the five stages of grief. Be warned, only experienced players go through them as quickly as Homer Simpson and the anger stage can involved improvised missile weapons in the form of dice and pencils.

The player really only has 2 options:

Option 1 is simple and clean, they pack their gear, pay for their share of the pizza and walk out of everyone's life never to be seen again. 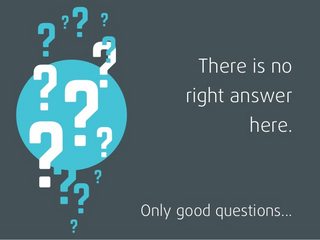 And here they are:

Do you pause the game while the player makes a new PC or just send them to the corner of shame with a pile of d6s?

Do you introduce the character as soon as they are ready or do you make the player sit on the sidelines playing with their phone and saying "Are we there yet?" every 2 minutes?

My take: you stick the PC in as soon as its ready and bend the narrative to make it fit. If that leaves some thinking the fix is a just so story that's because it is. If that jars some people's sense of verisimilitude: tough - we're here to play and one person sitting on the sidelines is not "playing".

Dropping a 1st level PC into a 12th level party is clearly not going to work - the player would be rolling up another new character one round into the next combat encounter. The new PC must be of sufficient power to survive the encounters the party will have. D&D 5e has bounded accuracy so being a level or 2 behind is not the end of the world. It really depends on whether you think the player should be mechanically punished for PC death.

Does the PC own the previous PC's stuff? Or, do they get their own stuff?

Gear and magic items are not critical in 5e to a PC's success. However, introducing unearned items can cause a perverse incentive to seek out death so the next PC is more powerful. Of course, punishing people for losing a PC is a bit onerous. No right answer.

Not the answer you're looking for? Browse other questions tagged dnd-5e character-death or ask your own question.

59
Should I boost a new player's character level to match the rest of the group?
17
What happens when player characters die?