What are the benefits of playing an Invoker?

I am about to start a campaign in D&D. I play the second edition with my friends, and unfortunately the AD&D book for the second edition does not offer a lot of information regarding the benefits, etc., of playing an Invoker (in later editions called Evoker).

Is there any more information regarding playing an Invoker? The information I am looking for is both in regards to gameplay (like modified saving throws, for example), but also in regards to roleplaying — if there are certain things I should take note of and certain behaviour paterns that are the "norm" for Invokers.

A specialist mage has:

An Invoker specializes in the Invocation school. Their opposition schools are Enchantment/Charm and Conjuration/Summoning (which have a lot of great spells). Need a minimum of 16 Constitution and must be Human.

Basically, you're this guy. 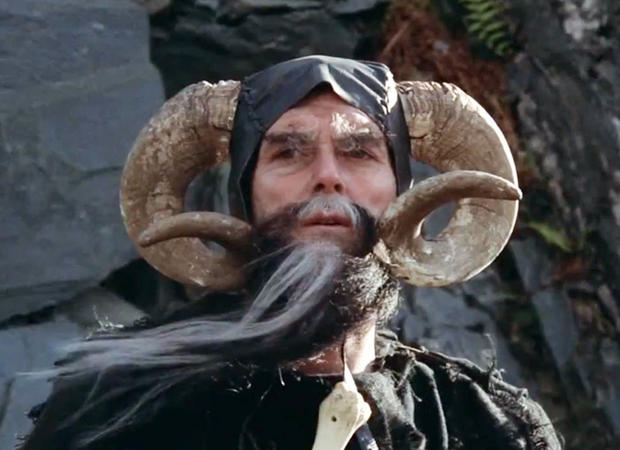 The Complete Wizard's Handbook has lengthy sections in chapter one on each of the schools of magic and their specialists, including Invokers. Each section included the mechanical details such as ability requirements and opposition school as well as more advice-like details such as spell analysis, favorable spell choices and ethos, which would be where you will find your descriptions of a typical member of that particular specialist class.

The AD&D 2e specialists are relatively bland, having been streamlined from the illusionists of the earlier D&D editions. That streamlining seems to have reduced them mostly to a set of simple mechanical requirements (for example Con min of 16 for invokers) and boons (like being able to memorize one extra spell per level, gain/impose saving throw bonus/penalty, ease/difficulty in learning spells). I prefer not to re-list them here, as they are standard Player's Handbook material.

The Complete Wizard's Handbook tried to address this blandness by offering new abilities that are unique to each specialisation. This is similar to what the 5e did much later very successfully. However these abilities are received at very high levels (typically above 15th), and for a more flavored AD&D 2e specialist, a better source is arguably the Player's Option: Spells and Magic (PO:S&M). While this book is part of the Player's Option series, many of its parts are actually quite well written, and the section describing specialisation (chapter 1) reads very well: no major changes to the core rulebooks, it simply covers and fine-tunes the materials from those earlier works. Quoting:

In The Complete Wizard's Handbook, each specialist received several additional abilities related to his chosen field at high levels. These abilities have been reworked, and specialists now receive them much earlier in their careers.

The invoker, in addition to the generic specialist wizard bonus and restrictions described in the PHB, gains the following:

PO:S&M also offers a couple of sentences about playing an invoker. It identifies her as a valuable asset on the battlefield but warns that the opponents might target her early on, due to fear of being turned into to ashes.

If you have access to old Dragon magazines, issue 191 (March 1993) has an article by Matt Posner, titled "A Magical Personality: Role-playing specialist wizards in the AD&D 2nd Edition game". It outlines that a specialist wizard is an eccentric character:

It takes an unusual person to become a specialist wizard, as the combination of high attribute requirements and intense reliance on a small number of magical effects might suggest. A specialist wizard lives an obsessive sort of life. The balance between great power and great vulnerability between satisfaction and frustration swings unpredictably back and forth depending on the situation.

In particular, invokers are described in two long paragraphs as being easy to show their emotions, be that love or anger, as having such destructive energy at their fingertips make them restless and outgoing. They are quick to anger, but do not hold grudges, letting their emotions to erupt but then run their course as quickly.

Not the answer you're looking for? Browse other questions tagged wizard adnd-2e .