How can I restrict but not eliminate teleportation into my fortress?

I'm playing an Abjuration Wizard. I'm currently planning & building an awesome wizard fortress using the Mighty Fortress Spell (XGtE), and all of the other semi-permanent spells I can think of. Mordenkainen's Private Sanctum, Guards and Wards, Warding Glyphs and Symbols on every wall, you get the idea.

The only spells I can see that block teleportation (like Mordenkainen's Private Sanctum or Forbiddance) seem to block all teleportation effects without restriction, which would mean that I wouldn't be able to use the teleportation circle. This runs counter to my purposes as I place really high value on having that teleportation circle active. I'm looking for an effect or spell that can block most/all teleportation into my fortress, but allow me to use my circle. I'm okay with others using the circle if they know the sequence, as that will be a closely guarded secret and I can heavily trap the circle room.

Is there any way in 5e rules to limit teleportation magic in an area (in this case, a 50x50x30 foot keep) to a single teleportation circle?

You create a ward against magical travel that protects up to 40,000 square feet of floor space to a height of 30 feet above the floor. For the Duration, creatures can't Teleport into the area or use portals, such as those created by the gate spell, to enter the area. The spell proofs the area against Planar Travel, and therefore prevents creatures from accessing the area by way of the Astral Plane, Ethereal Plane, Feywild, Shadowfell, or the Plane Shift spell.

Spell description doesn't specify the figure of the warded area, so we can assume we can shape it as we want. Red squares are (your teleportation circle area, 5x5x10 area) excluded from warded zone. The only way enemies can teleport in is to know the exact location of teleportation circle within the fortress. You can ward you fortress as following: 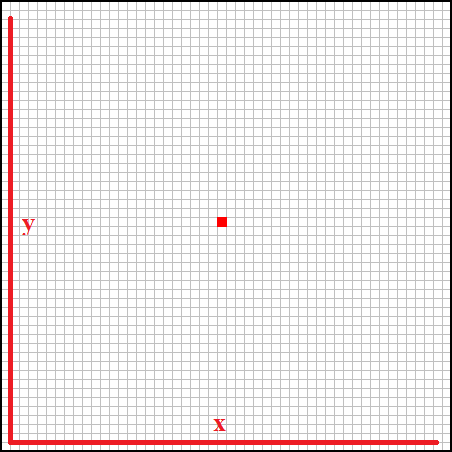 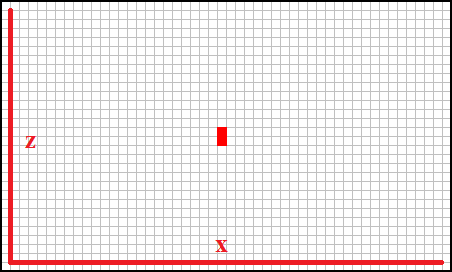 My Bladesinger was in really good standing with the local temple to St Cuthbert, having retrieved the body of their high priest and saved the temple from being overrun with slaads. So I had one of their clerics cast Forbiddance until it became permanent. I also used Modify Memory to remove all memory of them doing so, that way only I knew the password.

When you cast this spell, you can designate a password. A creature that speaks the password as it enters the area takes no damage from the spell.

Keep in mind that you could also have the area of the Sanctum and Forbiddance spells NOT include your place for the Teleportation Circle. AntiDrondert provided a grid to illustrate what I posited here.

My Bladesinger has a room at the lowest level with his Teleportation Circle. If you created this "Keep" (I use quotes because the dimensions seem really small to have it called that) with another spell, once it is permanent there is nothing preventing "Home Improvement Projects" to excavate underneath or add on to it. This would include a special room like I have with extra wards to get beyond the room you enter with the Teleportation Circle. For me this includes summoned guards as well as things like mechanical and magical traps and wards. If you step in the wrong place or don't use the correct password you don't get very far beyond my circle. This all assumes you even can get the proper sequence since only he knows it in the first place.

One additional thing is that your DM might allow you to combine the effects of the password with the sequence of the circle so that without the additional glyph you can't get through. This would be a house rule but would be in keeping in line with balancing spells. It might require additional research and/or questing for the way to do such a thing. Or researching a version of Private Sanctum to allow for passwords or extra glyphs to allow passage for those that know it.

Forbiddance has the interesting verbiage to seem as though you can teleport out but not in, whereas Private Sanctum specifically calls out both ways. Something to consider.

Place your circle on the roof.

Your roof is already vulnverable in the same way your front door is. The only things stopping people from flying up there and gaining entrance are the traps and wards you have placed on whatever entrance you decide to put up there.

26
Does "no larger than" imply shapability?
8
Can Forbiddance affect multiple floors of a building with a single casting?

21
What is the difference, if any, between "Permanent", and "Until Dispelled"?
17
Is a permanent teleportation circle only a destination, and not a point of departure?
10
Creating a Fortress that Allows Owner to Scry, but Blocks Others
13
How can I set up a long-range alarm for my fortress?
5
How to summon risk free with Gate
32
How hard is to dispel spell that was made permanent by casting it every day for a year with different spell slots?
11
How does the Wish spell, when used to duplicate a lower-level spell, interact with effects of repeated castings (e.g. making the effect permanent)?
1
Can a chain of simulacra casting a spell make it permanent?
10
If a character's body is affected by the Forbiddance or Private Sanctum spells, would it prevent the Astral Projection spell from working?