Do these stats cover enough of a person's ability?

I've had this thought in my head for a while, as I'm developing my game, but this question really sparked me into posing the question.

In the game I'm developing, peoples normal stats/attributes aren't just static numbers but they give an idea of personality as well. The ones I have so far are:

These aspects are meant to cover abilities, but due to that ability sway the characters preference.

Do these aspects cover all the bases that Str, Con, Dex....etc do? Do they cover the bases that the WoD statline covers? Is a character with these as stats missing some functionality I can't think of?

N.B these stats will come with 'broad skills', such as talk, which give unique outcomes in combination, e.g. Talk + Brute gives intimidation. Charm + Conceal would give a 'bluff' against someone trying to manipulate you.

Short answer: Yes, No and Yes.

"Do these aspects cover all the bases that Str, Con, Dex....etc do?"

I am answering this question as if it were "Do these attributes cover all the attributes that Dungeons and Dragons includes?"

They do, if you replace what the character prefers to do with what they can do. Using the sample attributes you have posted here, someone with high Charm would prefer to convince people to share his/hers point of view and/or distract them from the real point of a conversation. In Dungeons and Dragons however, someone with low Charisma is incapable of (or really rather bad at) convincing or verbally manipulating another. In the system you have posted it is clear that a character with high Charm prefers manipulating people, but it is unclear whether they are capable of (and how effective they are at) verbal manipulation. (I am assuming you originally wanted the system to represent skill over preference, and just worded your question in a different/wrong way, as preference is completely binary, while skill has a curve.)

The same goes for other attributes as well, I just used Charm as an example.

"Do they cover the bases that the WoD statline covers?"

I feel the only attributes in oWoD that are not reflected by yours are Appearance and Endurance. In your system, Charm and Heart reflect preferences on social approaching, while Appearance is, well, how beautiful your character is. Don't worry though, I always thought that Appearance was the most stupid attribute in the history of pen and paper RPG's ever, so don't include anything similar, I'd say.

Also, someone with high Brute seems to prefer direct, brute force approaches that might resolve a situation quicker, and that someone with high Finesse prefers a slow, but more delicate and careful resolution, but there is no attribute to reflect how long a character can keep trying to do physically taxing tasks (running, jumping, climbing, etc.)

Apart from these two oWoD attributes, I'd say all the rest are reflected well.

"Is a character with these as stats missing some functionality I can't think of?"

Apart from oWoD Endurance/ D&D Constitution, You have covered the majority of the ground that most popular pen and paper RPG's cover, as far as attributes go. However, as humans are very complex beings, there will always be aspects of the human mind, more so than the body, that play a vital role in social interaction and mental challenges and that will elude most people, or that are being passed off as too trivial by others. Examples include, but are not limited to: 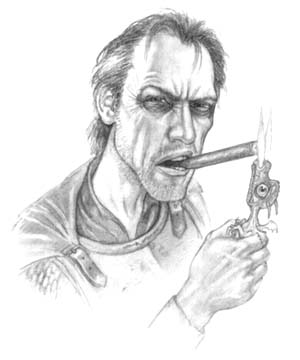 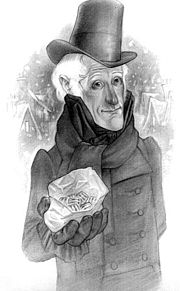 Good luck with your system and feel free to ask any other questions you may have! Have fun!

I'm noticing that you've basically divided yourself into Physical, Mental, and Social with Power and Finesse sub-stats. Many 'generic' games seem to do pretty well when dividing themselves into those three categories. But whether they cover "enough" of a person's ability, the question really becomes, "What parts of a person's abilities are you looking to explore?". You're question doesn't tell us much about your intent, so I'll put this here for you to help judge for yourself. (Note that this commentary is meant to regard all 'stats' including things like skills, feats, and other bits on a character sheet with a mechanical benefit.)

Situations Where Stat X Does Not Work

What about sanity, metal fortitude, and willpower?

What about body types, constitution, and endurance?

The attributes you choose for your system should be based in (or possibly be the base of) the mechanics of the RPG. Some systems get by with four (GURPS has four primary attributes and a whole slew of derived attributes; Amber DPRG has four attributes), I don't know any that gets by with three. [correction: Apparently BESM, TriStat and the Sailor Moon RPG get by with three, and I am now aware of this ]

For one game I designed, I ended up with (from memory) five attributes, one of which was called "Skill" (the other four were "Fleet", "Brawn", "Wise" and "Smooth talker", for "rogue", "fighter", "mage" and "con artist"). This tied in well with the mechanics and what I was trying to make the game good for.

I see nothing wrong with the six attributes you've proposed, but it is a bit hard to say if they're the right ones without more information about the rest of the mechanics.

How do they interact with various skills / combat / conflict resolution? How do they inform character resilience? Are there "social interaction hit points" for resolving debates / arguments / negotiations?

Would a "high-Brute" character fare well against a "high-Finesse" in combat (there's certainly a trope of having a super-skilled fleet-footed character dancing around a slow muscle-bound brawny character, poking them with a slim and quick blade, until the latter collapses from the sheer number of small wounds they've been given)?

I might be completely and utterly wrong, but it sounds to me that in your system the player is supposed to "choose" one good stat and one bad stat in each category. This might restrict the roleplaying aspect of your game significantly, as even if you have good "stats" overall, the preference/personality aspect forces the player to make quite one-sided characters. Some examples include the Brute/Heart/Wit character: the strong, kindhearted hero with a great instinct for survival. We also have the Finesse/Charm/Will character: the dashing rogue whose cleverness lets him escape almost any situation his good looks and speed won't save him from. See my point? Although a character might be very strong and very quick, his "preference" keeps him from being able to become a Bruce Lee type character for instance(exceptional strength and agility).

I also have some issues with some of the individual sub-categories.

Will, for instance, encompasses both determination and fortitude as well as intellect. In my opinion this is too broad. I find the idea of dividing the categories in two interesting, but even the concept of "intelligence" could(and possibly should) be divided into several smaller categories(memory, spatial intelligence and verbal understanding, just to name a few). To stick to your quite simplistic system, you should at least separate "intelligence" from mental fortitude or determination, as these are (in my subjective opinion) the two aspects of the mind that are the furthest apart. Having a genius-level IQ does not automatically give you the determination to do something with it, nor does it guarantee you exceptional mental fortitude. It is true that some of the world's greatest minds also show signs of great patience and grit, but this is not (at least entirely) a direct product of their high intelligence.

When it comes to the social stats, the Charm sub-category sounds to me more like manipulation. The description of "Heart" makes me think of the "Convince"-skill from ASOIAFRPG, a skill that is more about objective diplomacy, than the compassion "Heart" would indicate. Another point regarding the social aspect is Wit. Wit is (as far as I know) generally more associated with intelligent humour in conversations (clever banter, etc). As far as I know, wit has little to do with intuition and knowledge. Would it be possible to perhaps integrate it into the Charm sub-category? Perhaps it would be possible to have one "subtle" social group (manipulation, tact, subterfuge) , and one "obvious" social group (diplomacy, coercion, possibly trade/bartering?).

Despite all my criticism, I am really quite impressed by your system, and I very much hope to be able to play it one day! :)

Not the answer you're looking for? Browse other questions tagged game-design or ask your own question.

16
What would you pick as the “four elements” of mind?

3
Designing stats for ReBoot Tabletop game
1
What are ability scores used for in Dungeons and Dragons?
3
How Do I Reverse Engineer Ability Checks from 3e to 2e?
1
Why d20, lv20, and ability score 20?