Is there any creature like Warframe's desert skate in 5e?

WoTC has been known to use existing creatures and “skin” them for use as other creatures. (i.e. "DDAL06-02 The Redemption of Kelvan" contained a clockwork wyvern construct that had stats based on a regular wyvern and Tomb of Annihilation had clay warriors based on NPC gladiators.)

Is there any creature that resembles Warframe's desert skate or that could easily be skinned as one?

We would be looking for a creature with three functions: a poison tail, dig movement and an elevated challenge rating > 1.

As a clarification: we are not looking for a creature that looks like a skate - but rather, similar to how WotC skins their creature, find a creature that has the same fundamental skills as listed above. 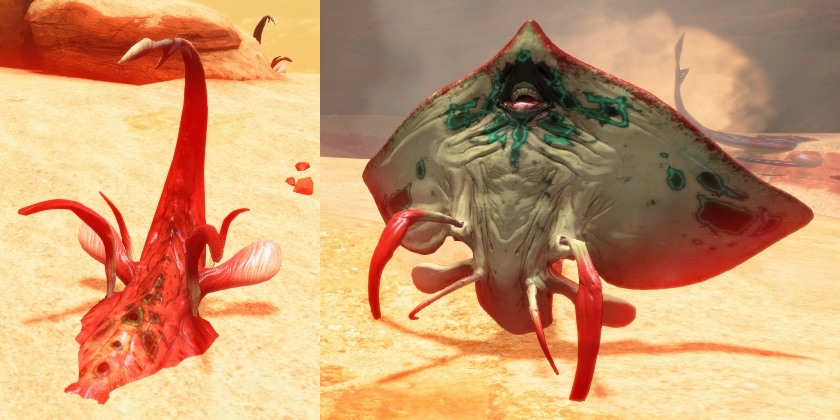 Tunneler. The worm can burrow through solid rock at half its burrow speed and leaves a 10-foot-diameter tunnel in its wake.

That seems to fit all three of your criteria.

Not the answer you're looking for? Browse other questions tagged dnd-5e monsters monster-design or ask your own question.