How do I know what terrain is where in the Forgotten Realms?

I am a DM using the Storm King's Thunder adventure book, and the party is currently in the midst of the very open-ended Chapter 3, as they wander around various places interacting with the world of the Forgotten Realms. While sometimes I have planned encounters as part of the story, sometimes I want to have less-planned encounters, or the players go off in a different direction than I expect. A useful tool to help me is the Random Wilderness Encounters table on p. 69, but I'm not sure how to figure out the terrain type that the players are in. And even when I have something that's more planned, it can be useful to describe the terrain that the adventurers cross on their way from one place to another.

It feels like the beautiful map on pages 74–75 (and the more expanded version on the Wizards of the Coast site) is there to answer this question for me, but I'm not sure how to read it. How do I tell the difference between "Grassland" and "Hills/Moors"? Where does the "Tundra" begin? When do "Hills" turn into "Mountains"? Is there a legend of some sort I'm missing on how to read this map?

Certainly I can just make up an answer, and I'm not averse to changing the "official" map if I need to in order to make something fit better into the campaign somehow, but it feels like there should be some "recommended" or "standard" terrain I can use as a starting point for figuring out how much traveling happens in each terrain type. And if I use the standard published approach, then there are less notes I need to take as we go along for when the party inevitably returns to an area.

There are many other maps of the Forgotten Realms, some of which do have legends. 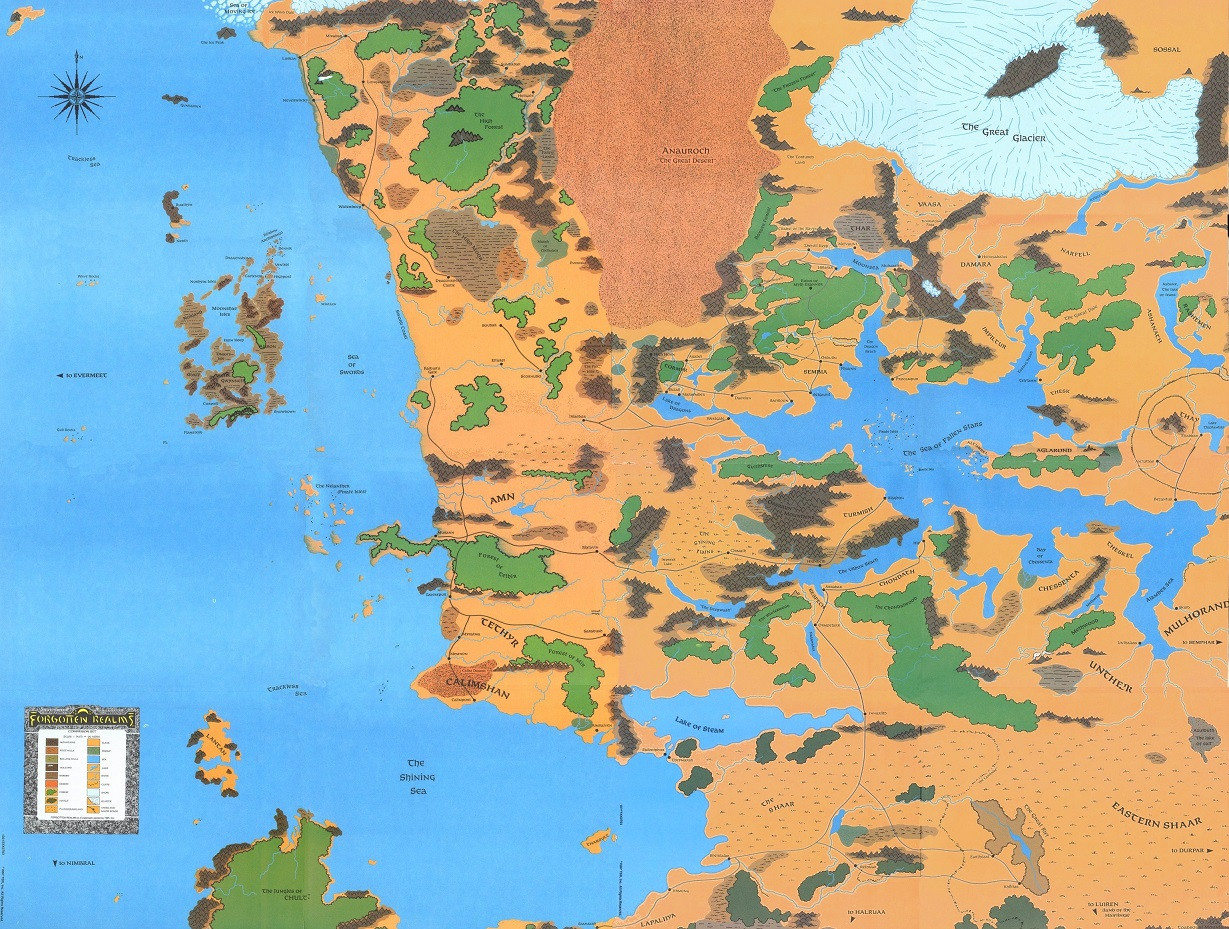 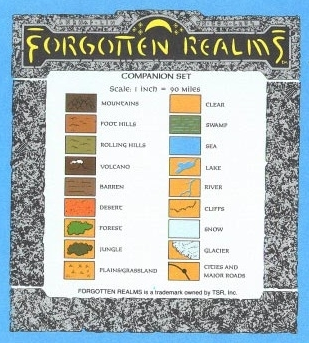 The Forgotten Realms campaign setting has been around for a long time. It is much older than 5th Edition, and although some things change about it over time, much of the material from older editions is still relevant. It's possible that the newer material is lacking in some ways, but you can compensate by examining the older material.

Consider viewing The Forgotten Realms Wiki for a bunch of maps. Alternatively, consider getting the old 3rd Edition Campaign Setting Book, which has a ton of great maps that haven't changed all that much. At the very least, you should be able to compare the terrain between the maps for the two editions and figure out what was meant by the missing legend. 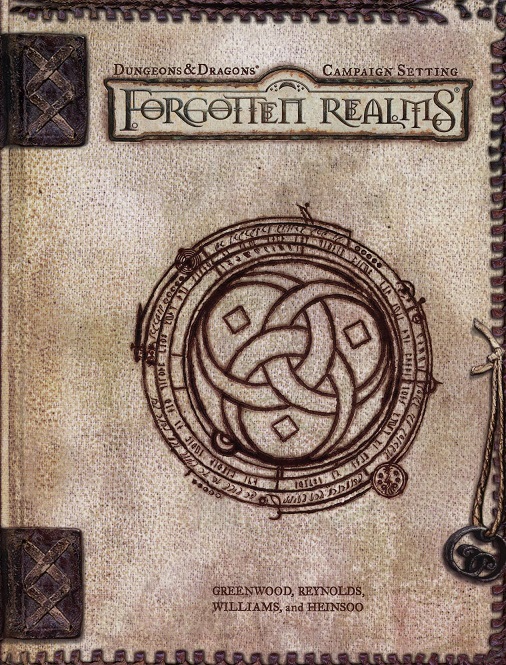 4
Where would Teleportation Circles be in Forgotten Realms?
15
Accurate Population Scale of Forgotten Realms Cities
8
How do you represent sloping topography on a battle mat?
29
Is there an official Forgotten Realms map for D&D 5e?
13
Do creatures in an area of heavy obscurement created by a spell know the contours of the spell's area of effect?
49
What makes the Forgotten Realms "forgotten"?
26
How should I introduce map drawing to my players?
6
Where in the Forgotten Realms is the hobgoblin Academy of Devastation?
10
How can I identify the different terrains on the Chult map in Tomb of Annihilation?