What happens when I ignite the curtains and use Control Flame? 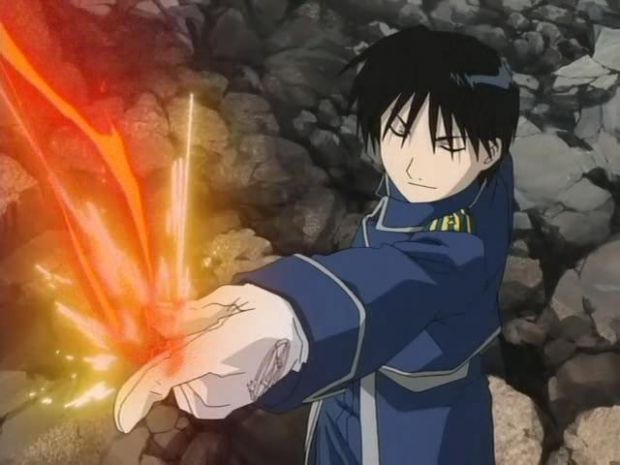 You take control of each nonliving fire in the burst that is not controlled by a creature. Choose one of the following options for each fire.

Expand: The fire expands to a square adjacent to it.

Extinguish: The fire is extinguished.

Relocate: You move the fire up to 2 squares.

Given that I have wild talent master with psionic spark and I cause something in the room to ignite as a minor, and then use control flame as my standard...

Do I have to make an attack and do I do damage to a target that I "expand the flame" into?

If so, what are the parameters of this oh so flavourful attack? (and does it level-scale?)

If it is normal fire. I would make the fire do 5 fire damage per tier if a character starts its turn or moves through a square affected by the fire. This seems in line with the DMG's traps and other hazards that involve fire.

If it is magic fire (a zone from a spell, or some other kind of thing) I would just expand the zone of the spell and use its effects.

I think these kind of fuzziness comes from the relatively new design paradigm that adds flavorful powers to player's list of options.

I think no clear rule could be directly inferred from the rules (I was unable to find how). As a DM, I'd change the effect of Control Flame to (emphasis on suggested editing):

[...]
Expand: The fire expands to an unoccupied square adjacent to it.
Extinguish: The fire is extinguished.
Relocate: You slide the fire up to 2 squares.
[...]

After all, it is an Utility power (not an attack one).

In this way it shouldn't be possible to attack a creature using this power. If you stop sustaining it after having relocated a flame, the flame itself returns to its original square. If the original square happens to be occupied, then the creature could take some fire damage. However, the timing at which the creature takes damage (immediately, at the start of its turn?) and the amount of damage it takes should be determined by the DM as part of the encounter specifics (fire squares are usually hindering terrain).

It seems to me that this would count as an improvised weapon, and those rules would apply.

Since you are controlling the flame from a distance, you would use the ranged improvised weapon rules.

Not the answer you're looking for? Browse other questions tagged dnd-4e .