How can I get a medium-size goat for my gnome?

I am looking to get a goat as a permanent mount. Nothing fancy, I want to ride her, use it as mule, and be able to do basic tricks with her. I don't plan to use it in combat. If it matters, I am looking for a female to drink her milk and bake cheese. I am fine with a look-alike animal that we can adapt to be flavorful.

My character is a gnome buffer bard. I will buff as far as I can from the battle. I am fine with investing one feat if needed, but I don't want to dip.

What are my options?

Yes. In fact, Pathfinder already includes a medium-sized Goat. Behold the mighty Dire Goat! You will need a bit of Handle Animal:

If you dont have a lot of rank into Handle Animal, maybe someone else can tame the Dire Goat for you. This giant goat stands as tall as a halfling at the shoulder. Its fur is whitish–brown and its horns are yellowish–brown.

A Ram is male sheep. Sheep and goats are closely related: both are in the subfamily Caprinae. A female is called an ewe. They are Medium sized. You can buy one for 25gp and 50gp if combat trained. You can find them under the Ridable Creature section of the page Ride.

A formidable pair of heavy horns curls from the forehead of this sturdy, brown-and-white-furred ram.

There are two basic approaches to this sort of question. One is to find rules for goats, and then look for a way to make them ride-able, and aloisdg has given three options along those lines.

The other way is to find something that's already ride-able, with roughly the right stats, and make it a goat. For instance:

Change "dog" to "goat". Change "bite" to "gore". This is a minor downgrade since the damage changes from B/S/P to P, but since you're not planning on using this for combat, it doesn't matter. No need to change the Trip special attack. Optionally, move one skill point and the Skill Focus feat from Perception to Climb.

Voila! You now have a Medium-sized riding goat. 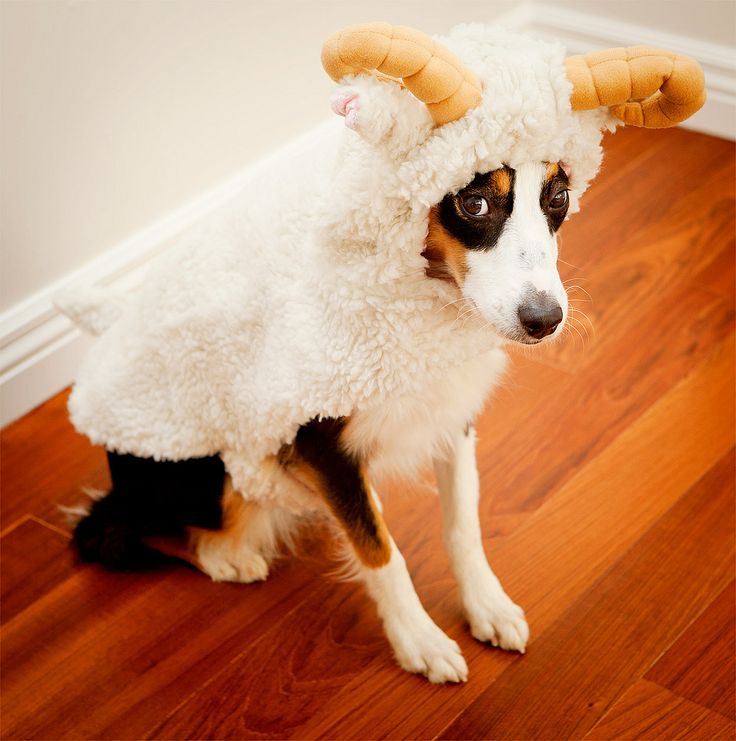 In the end, the stats are pretty similar to the ram that aloisdg suggested. However, reskinning is sometimes easier to sell to a GM. There's less need to worry about balance issues, especially in this case where the reskin is based on a "standard issue" mount for small PCs, and it reduces the number of rulebooks required (something that, IME, GMs often appreciate!)

Choose a Goat as familiar

Part 1a. Use an archetype

If your DM lets you use the 3.5 feat Obtain Familiar (Complete Arcane, p. 81), go for it. The other solution cost two feats! (thanks @KRyan)

Ok now you can have a familiar. Lets continue.

In the list of familiar, you fill find the goat.

Problem this goat is Small. A mount suited for you is at least one size category larger than you.

Part 2. Get a Medium-size Goat.

Wait. Why cant I bought a goat directly? Yes you can, but it wont scale and no mauler for you. 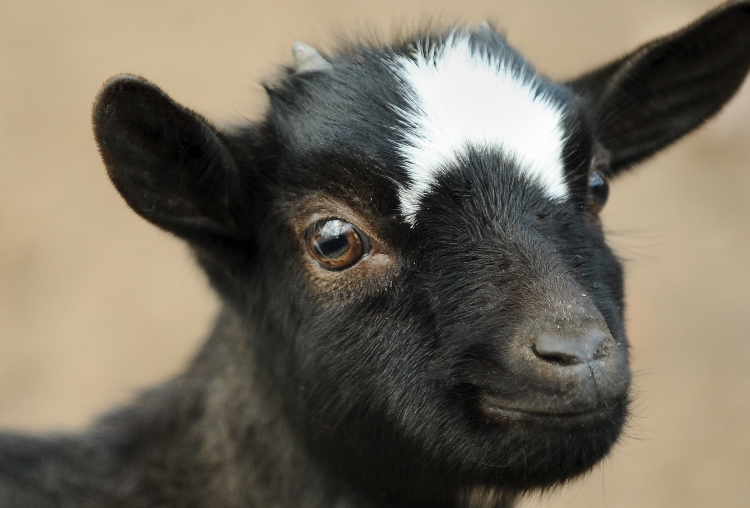 A small and timid herd animal.

Since you are fine with a look-alike animal. I have another solution for you. Paizo has medium-sized goatlike deer. The Ringhorn can be use as Animal Companion. As far as I know, there is no way for a bard to get an Animal Companion.

Animal Ally is a feat from Pathfinder Player Companion: Faiths & Philosophies who grants an animal companion:

Your respect for nature is so great that you can form a deep and lasting friendship with an animal.

Benefit: You gain an animal companion as if you were a druid of your character level –3 from the following list: badger, bird, camel, cat (small), dire rat, dog, horse, pony, snake (viper), or wolf. If you later gain an animal companion through another source (such as the Animal domain, divine bond, hunter’s bond, mount, or nature bond class features), the effective druid level granted by this feat stacks with that granted by other sources.

As a DM, I would close my eyes on the last prerequisite. Check with yours. With Nature Soul, it is two feats for an animal.

In another hand, 3.5 has the Wild Cohort feat as alternative. 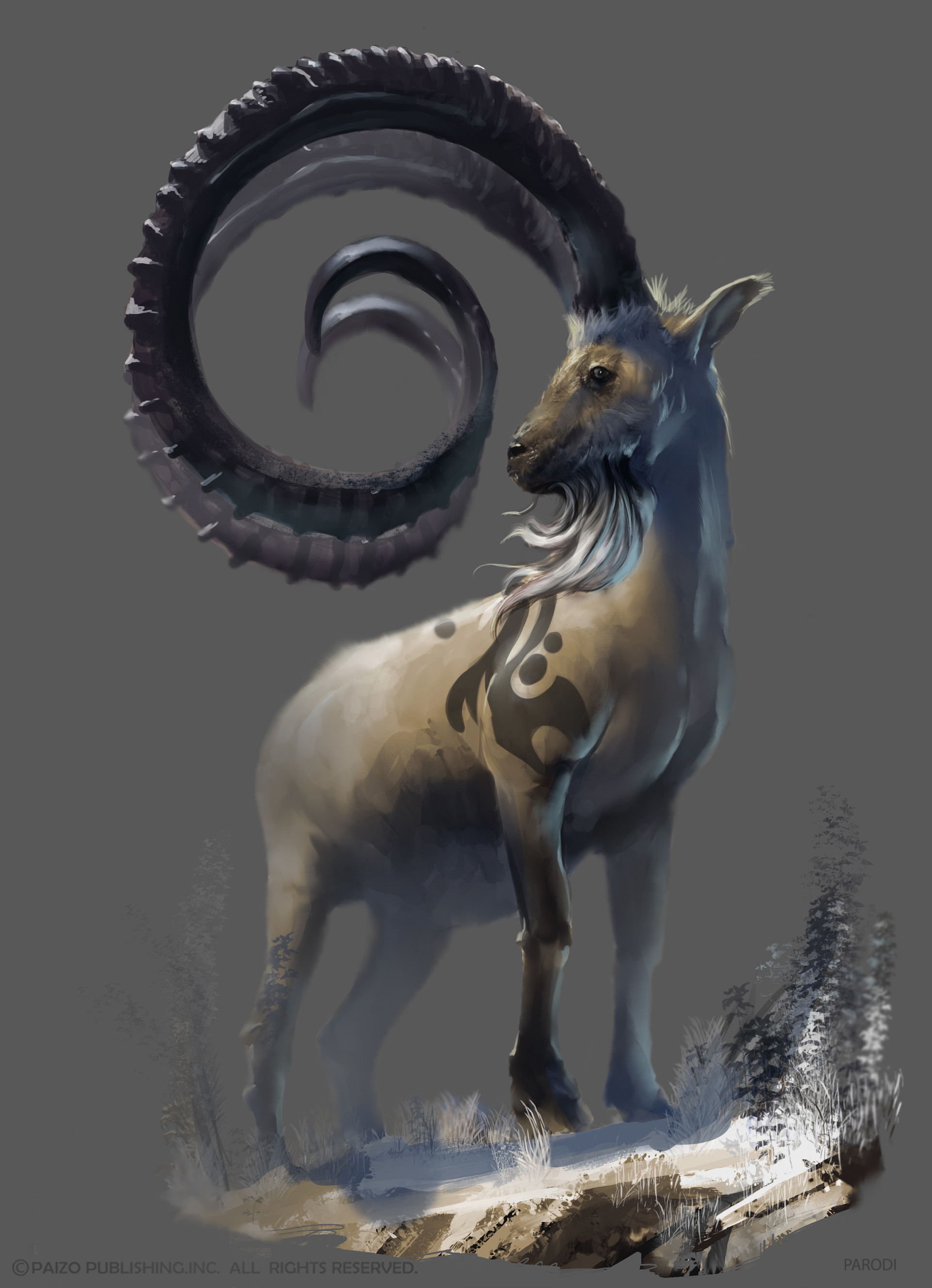 The horns of this goatlike deer grow up and curve around into a pair of massive, spiraling rings atop its head.

Not the answer you're looking for? Browse other questions tagged pathfinder-1e creature-size mount animals or ask your own question.

10
Can I have an Animal Companion without being a druid or ranger?
4
Is there a way for a gnome to grab the Favored Class Options from an aasimar instead of itself?
1
Does the animal provided by the Wild Cohort feat count as an Animal Companion?

3
How can I turn a tamed exotic animal into a mount?
10
Can large magical clothing be used by medium size characters?
6
What happens to a medium whip's reach when Enlarge/Reduce Person changes its size category?
2
Can staves be scaled down for characters smaller than Medium?
2
How can a goat companion get secondary natural attacks using feats?
58
Can you milk an Ivory Goat?
11
Can a Medium-sized creature ride a mule?
13
Can a gnome/halfling ride another player as a mount?
5
Can a Centaur player character carry a Medium-sized creature?