How not to remove the urgency when all PC are too wounded to continue?

I'm running Traitor's Gambit (SWSE) for the first time, for a group of 4 PCs (currently lvl 1). The campaign is designed for 4 lvl 1 PCs. The first arc contains 3 main encounters. Problem is, after the second encounter, one of the PC is almost dead, the other severely wounded. Mainly because critical failures were so numerous ! It is supposed to be an emergency situation, a daring rescue from the empire's claw, but they seem all weak and unwilling to continue without healing first. In SWSE, the healing system is really tricky, (8h sleep provide your CL in HP).

In one hand, I would like them to be more healthy before the final encounter, in the other, if they rest, the scenario loses all sense of urgency.

How can I balance health regen rules and urgency in my story ?

Disclaimer: I have not played SWSE and do not know the specifics of the adventure. I will try to keep this answer as universally applicable as possible. In my eyes, you have essentially four ways to go from here:

Basically, ask your players to use the same amount of suspension of disbelief they would use in a video game. No matter how urgent and world-threatening the main quest is, there is always room for a few side quests. When you come back from said side quests, the main one is still(!) super urgent. I am mostly mentioning this for completeness sake, since it’s not very pretty and probably not what you are looking for.

Heal them – somehow. If my Google Fu is correct, there is an alternative to resting: medpacs.

First Aid (requires a medpac): As a full-round action, you can administer first aid to an unconscious or wounded creature. If you succeed on a DC 15 Treat Injury check, the creature regains a number of hit points equal to its character level, +1 for every point by which your check result exceeds the DC. Using a medical kit grants a +2 equipment bonus on your skill check. If the skill check succeeds, the tended creature cannot benefit from additional first aid for 24 hours.

Now, they can only be used once per day, so if your PCs already did that or if they don’t have the First Aid skill, a medpac won’t help. So reskin it – stims/drugs, maybe? A sudden helpful NPC with latent force powers in whose hand a medpac suddenly works way better than it should? 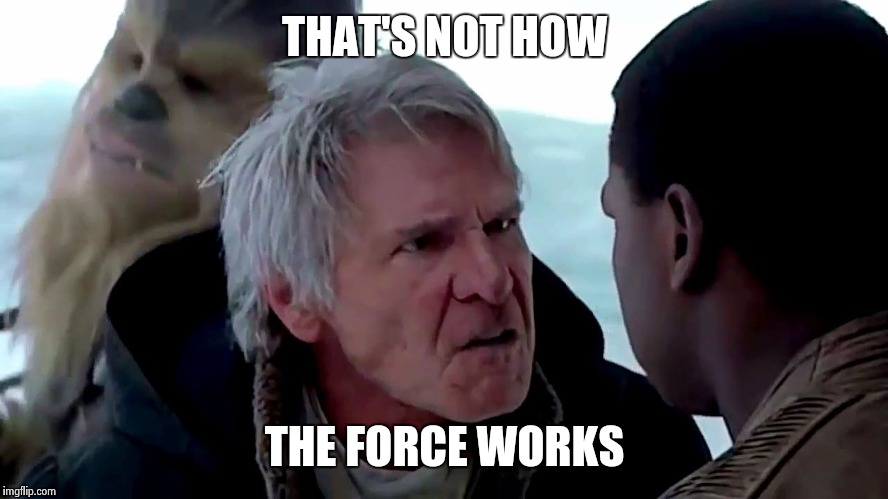 As the name says, this is kinda Deus Ex Machina and also not very pretty.

3) The PCs have to delay the consequences

Now we are getting somewhere. The PCs know they are in no condition to fight, but time is running out. So they have to buy themselves more time. (This is where I have to be really vague because I don’t know the adventure.)

Basically, keep the tension high by pointing to the ticking clock, but give them a (non-combat) puzzle/challenge the will stop the clock from moving for a while. Sabotage the shuttle, so it can’t leave. Block doors, so the Empire can’t get through. Hack into the computer system and cause mayhem and confusion. Ideally, this time should be bought the hard way and they should feel like they are laying the tracks in front of a moving train. Just stalling until they are ready to fight again.

4) “This is where heroes and cowards part ways.”

This is my personal favorite, to be honest, but your group might not share my opinion – this kind of DMing is very much love or hate. You be the judge of it.

Keep the urgency and do not give them a way out. If they rest now, bad things will happen. Maybe not all will be lost, but the plot will move forward, antagonists will act, all that jazz. Yes, they are ill prepared and in no condition to fight. The universe doesn’t care.

After all – what kind of heroes would they be if they only fought when they were sure to win? Give them a blaze of glory. Make it a truly desperate stand worthy of a movie climax. Maybe give them something that will make them fight beyond what they were normally capable of. (See the stims/drugs from idea 2#. Extra HP now – addiction later?)

If they survive – awesome!!! The hard-won victories are always the best. If not – that’s also a part of the game. And an epic death can accomplish the goal, too. (Rogue One!) When they make new characters, be sure to include the sheer badassery and the sacrifice of the original PCs in the ongoing story.

Not the answer you're looking for? Browse other questions tagged healing star-wars-saga-edition or ask your own question.

20
What effects do critical and fumble tables have on D&D 3.5?

13
When leveling, is the hit die only added to the maximum dice, not current dice?
4
How exactly do healing spells interact with the conditions they remove?
28
How can a disease be removed, if the description of the disease does not specify?
2
Where do all the numbers come from when building a character?
39
What is the reason to use the Heal skill assuming that other means of healing are not prohibited?
7
How does the Healing Spirit spell work when healing unconscious characters?