What size doors can a Giant Ape squeeze its body through?

This question keeps coming up in our groups over and over without a satisfactory conclusion (and frankly quite a few hurt feelings on the part of upset polymorphed players, and the rules lawyers constantly trying to get them to waste a 4th-level spell slot).

What size doors can a Giant Ape (MM, p. 323) squeeze its body through? It is listed as a Huge beast.

I think the question really might come down not to "what is the exact diameter of the ape's head / pelvis / collarbone" but actually one of: "What are the dimensions of the average dungeon door?" Though I suppose some concrete answers to any of these questions would be better than what we've currently got.

In combat, it can squeeze thru a 10' door; out of combat, DM's adjudication

The Player's Handbook has rules for "squeezing" - a character normally requires a space proportionate to their size (5' for Medium, etc.), but can "squeeze" into a space one size smaller with it costing extra movement, causing disadvantage, etc.

However, these rules are clearly meant to help adjudicate combat in narrow spaces, or other tense moments where they're trying to move quickly. The rules don't reasonably apply when the character is at ease.

For example, per these rules a Medium character, like a human, can squeeze into nothing smaller than the space of a Small creature, which is still 5'; they can't go thru 2.5' spaces at all. But in reality, a 2.5' wide hallway, while narrow, is perfectly walkable by an average human; you might brush your arms on the walls, and dashing down it would be troublesome, but that's it. Even a 1' corridor can be used by most people, it just requires a sideways shuffle.

(I recall squeezing myself through my family home's doggy door many times as a teen, when I'd forget my keys. It was about 1' x 1.5'. Required some gymnastics, but doable.)

So, back to the question at hand - what can a Giant Ape fit through? Huge creatures are, roughly, 4x larger in each dimension than a Medium creature. This suggests a width of at least 10' across the shoulders (and for an Ape, you probably want to round that up a bit), and a depth, when standing as straight as an Ape can, of at least 4-5'.

So I'd personally say that a Giant Ape could, with effort, squeeze through a 5' wide door. They'd have to shimmy on the ground for it, though, and it would take several actions. Note that human-sized doors are not 5' wide; they're usually about 3' wide. I'd rule against squeezing through the latter without damaging the doorframe.

So as long as your dungeon has fairly wide doors (or just double doors), the ape could get through.

A Giant Ape can at best squeeze through a 10' wide door.

Squeezing into a Smaller Space: A creature can squeeze through a space that is large enough for a creature one size smaller than it. Thus, a Large creature can squeeze through a passage that's only 5 feet wide. While squeezing through a space, a creature must spend 1 extra foot for every foot it moves there, and it has disadvantage on attack rolls and Dexterity saving throws. Attack rolls against the creature have advantage while it’s in the smaller space. 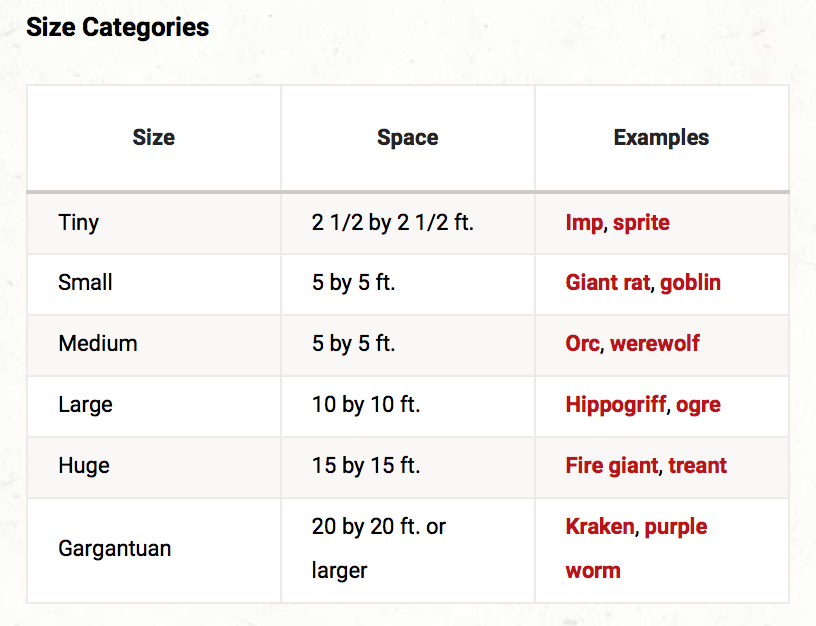 The space taken up by a Giant Ape (or more accurately, "Huge Ape") is 15'x15'. To find this creature's squeeze width, we just go down one size on the chart to "Large": therefor a huge creature like the Giant Ape can only squeeze through 10' wide spaces.

If you're looking at a dungeon map with 5'x5' grids, consider the following chart from the DMG for another helpful perspective 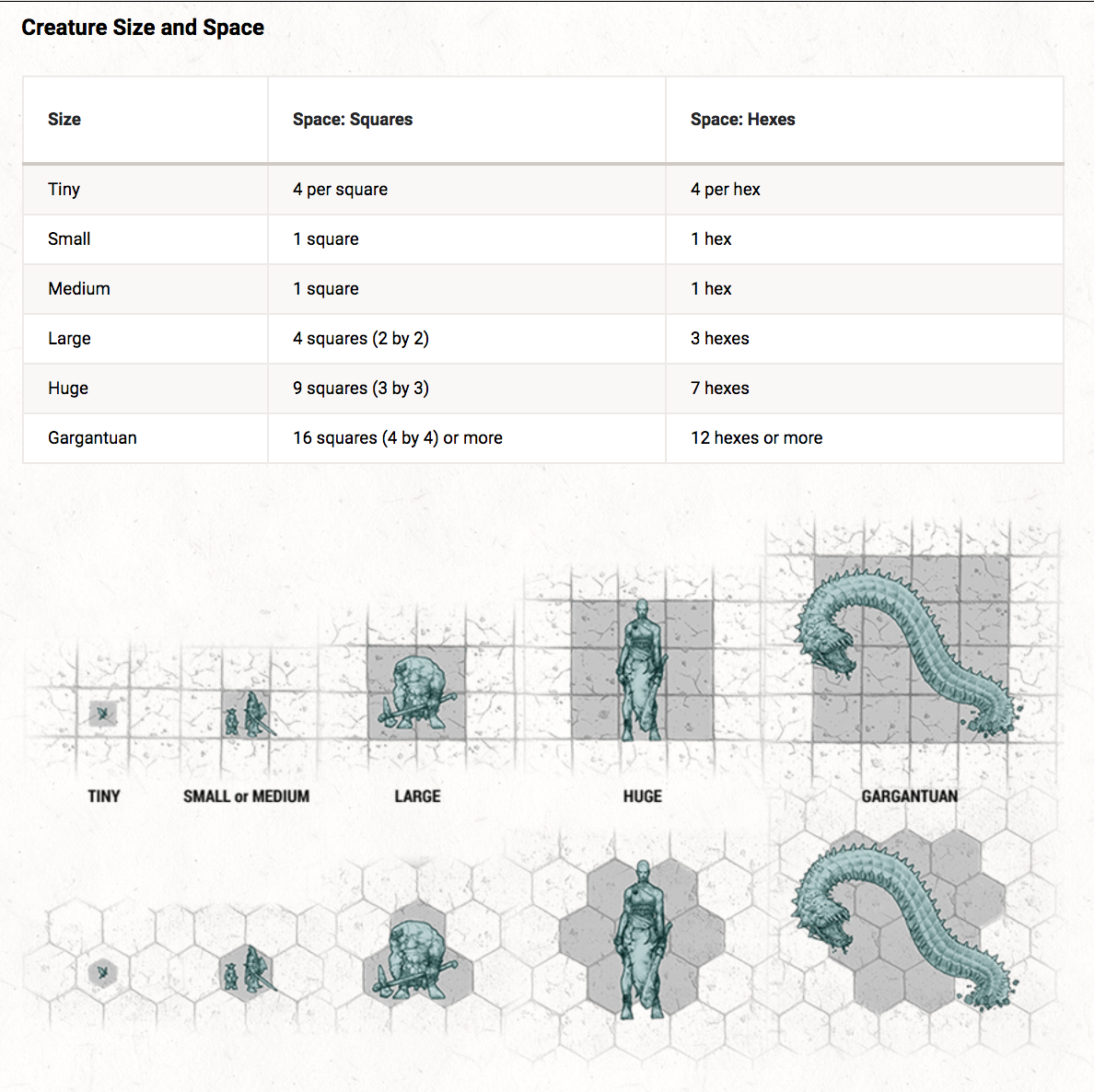 And all of this is with the very liberal assumption that a door is equal to 1 square map grid. A 5 foot wide door is very above average, and already that's too small for your large primate friend. Aside from the doors of a cathedral, or any structure that carriages are meant to go inside of (gates, barns, stables etc) there are very few humanoid-sized structures that will have a frame big enough for a giant ape. Of course it is completely up the DM to determine how big the doors are in your world, but note that even for a historical castle's portcullis, a giant ape must use the squeeze feature, so it sees unlikely that they would fit through ordinary interior doors, or even hallways, without some magical size adjustment.

From this answer to the question "What is 'squeezing'?", we have this reference in the PHB, page 192:

Squeezing into a Smaller Space:
A creature can squeeze through a space that is large enough for a creature one size smaller than it. Thus, a Large creature can squeeze through a passage that's only 5 feet wide. While squeezing through a space, a creature must spend 1 extra foot for every foot it moves there, and it has disadvantage on attack rolls and Dexterity saving throws. Attack rolls against the creature have advantage while it’s in the smaller space.

From the intro to Monster Manual (p. 6) or here in the basic rules, possible creature sizes (in order) are Tiny, Small, Medium, Large, Huge, or Gargantuan, which means that a Huge creature can squeeze through an opening that is large enough for a Large creature, which from the size chart (also in the MM), is 10 ft x 10 ft.

As for the average size of a doorway in a dungeon, it will depend on who it was built for. Usually, humans (or humanoids) are the builders, and so the doorways, unless mentioned as double doors or exceptionally large, are designed for a medium creature to pass through. A dragon's lair or Storm Giant's tower will have their average opening sized appropriately.

Often, the size of a door will be shown on the map by taking up a number of 5' squares (for typical dungeon maps, adjusted if your map uses a different scale).

The rules for Squeezing can be found on page 192 of the PHB and state:

Therefore, a huge creature would be able to squeeze through a large sized door (10' by 10' according to the table on page 191 of the PHB).

What size is the door cannot be answered except for by the DM. There is no concrete answer in universe for door sizes. The door created by a Fire Giant is different to the door created by a gnome.
At the same time, a dungeon occupied by an Ancient Dragon would be chosen in part because it is large enough for their size. Just as a dungeon occupied by goblins does for them.

Squeezing into a Smaller Space:

A creature can squeeze through a space that is large enough for a creature one size smaller than it. Thus, a Large creature can squeeze through a passage that's only 5 feet wide. While squeezing through a space, a creature must spend 1 extra foot for every foot it moves there, and it has disadvantage on attack rolls and Dexterity saving throws. Attack rolls against the creature have advantage while it’s in the smaller space. (PHB, p. 192)

The size of a Giant Ape's head, pelvis, collarbone and shoes are all irrelevant. The rules for squeezing through a space are clear. 10ft x 10ft is the smallest space a Giant Ape can squeeze through (excluding DM fiat).

As mentioned: strict RAW does indeed oddly indicate that a human cannot squeeze through an opening less than 5 feet wide. However, the 5e writers based their rules on earlier editions, and some rules were often left out in the interest of streamlining. For anyone interested (or merely for context) Earlier editions of the squeezing rules said:

You can squeeze through or into a space that is at least half as wide as your normal space.

To squeeze through or into a space less than half your space’s width, you must use the Escape Artist skill.

And from the description of Escape Artist:

Tight Space (DC30): The DC [...] is for getting through a space where your head fits but your shoulders don’t. If the space is long you may need to make multiple checks. You can’t get through a space that your head does not fit through.

Squeezing through a tight space takes at least 1 minute, maybe longer, depending on how long the space is.

Note: Escape Artist was replaced by Acrobatics in 5e, and DC's are less extreme... DC 30 might be closer to a 24 now.

Of course, if I was a Giant Ape, I'd probably instead try to widen the doorway with my attacks.

Not the answer you're looking for? Browse other questions tagged dnd-5e monsters movement creature-size .

26
What is "squeezing"?
16
Can Medium creatures squeeze into smaller spaces?

3
Can a Half-Giant Soulknife manifest Mind Blades of the Large size category?
12
Can an Aboleth Enslave through its lair projection?
22
How does the Death Ward spell interact with the Polymorph spell lasting "until the target drops to 0 hit points"?
2
Can a creature choose to "squeeze" when moving through the middle of a room?
6
Can a Boggle put a Tiny creature through its Dimensional Rift?
22
Am I acting unreasonably or do I rein in my players?
5
If a deva uses its Change Shape ability to turn into a cat, what is its size?
5
Does a creature polymorphed into a Giant Ape carry ammunition to make its ranged attacks?
8
What minimal space can a creature go through when squeezing?
13
Can Large characters squeeze through a 5ft corridor between Walls of Fire?