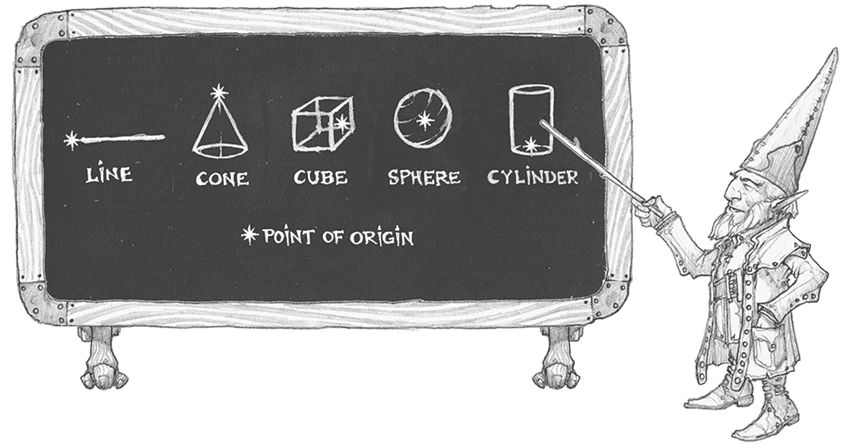 Furthering the confusion, the text refers to the cone, and "area" versus "volume" for what is burned, or what is subjected to the magical effect. That may be done for ease of understanding by players and DM's who are not pedants, and who see a spell like burning hands (or fireball or cone of cold), as being in the class of "area of effect" spells rather than "single target spells."

3
What is the affected space for the area of Burning Hands?
65
Is there “flavor text” in D&D 5e spells?
11
How to resolve Burning Hands with a Dying Ally

67
Does Burning Hands really require touching thumbs?
12
Is a spell's area set before damage is applied?
16
What exact dimensions does a physical cone AoE template need to have?
21
Does a fireball ignore total cover?
1
How does one spread attack damage across low hit point creatures with a level 3 fighter?
8
Does Magical Ambush affect Area of Effect spells?
11
Can a charmed person harm their charmer with Burning Hands?
11
Can magical darkness affect a magical light source that is in a sealed container?
13
Does the Distant Spell Metamagic double the range of area of effect spells that have a range of self?