Can a Reaction Cantrip be used as an action and bonus action? [closed]

I have a character in my most recent campaign. He is a homebrew race that weakens all checks and rolls in sunlight (unless properly covered), but gives +1AC and the Fire Bolt Cantrip.

His scenario: Warrior (15/Champion)/ Bard (5/Lore). He currently has 3 attack actions and a bonus action, and wants to cast Fire Bolt all 3 actions and bonus (4x 4d10= max 160fire damage per turn)

Is this allowed? We called the session early due to how possibly game breaking this could be, and if this is acceptable, I'll need to readjust accordingly.

Terminology: By "reaction Cantrip", I mean a Cantrip with a casting time of reaction. 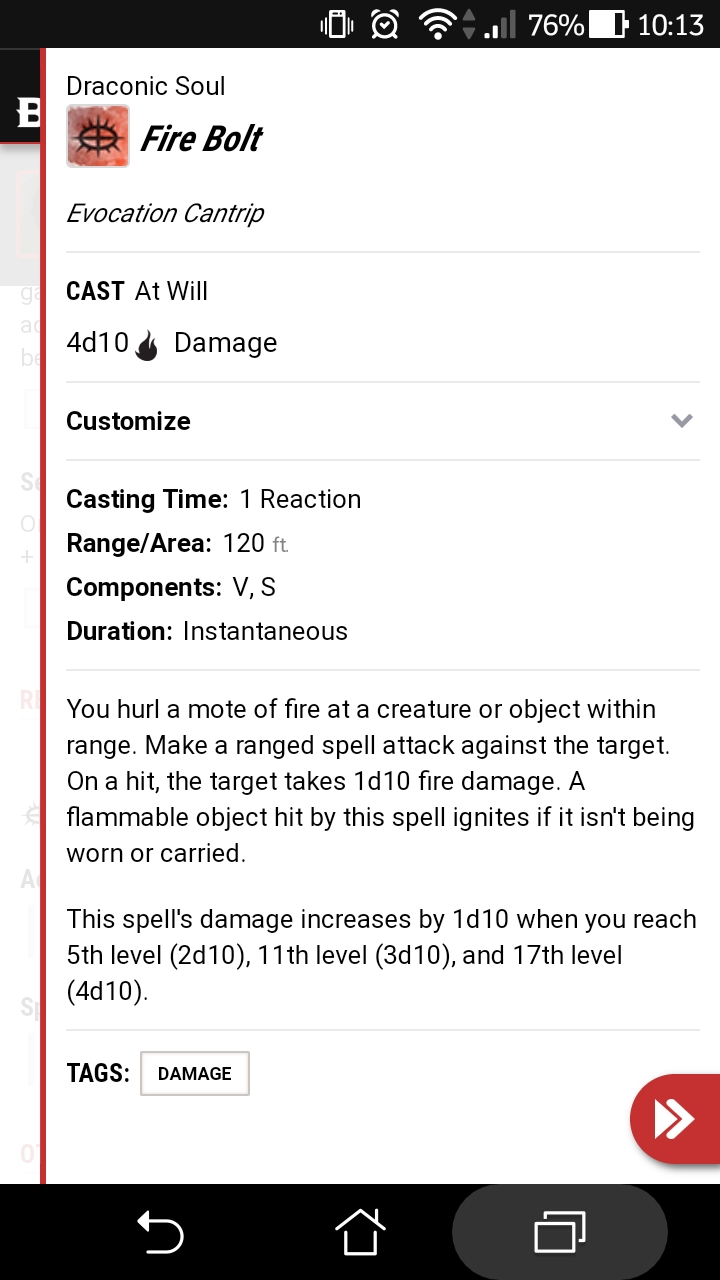 The picture above might help clear things up as to what I mean, seeing as how this is how the session keeps their character sheets online, using 5e "D&D Beyond" website.

There are three general categories of things you can spend to do things on your turn: action, bonus action (if something gives one to you), and reaction. All three are different and none of them can be exchanged for the other.

When a spell (including a cantrip) says it has a casting time of "reaction" it means that you must use a reaction to cast it and only a reaction will work.

You cannot cast a reaction spell using an action or bonus action.

Since this homebrew version of fire bolt is cast as a reaction (the official version can only be cast as an action), doing so takes your reaction. You cannot cast it using an action or bonus action.

As a side note, the homebrew doesn't appear to have a trigger condition which is very strange and does not fit with the way the book defines every other reaction spell. Technically, according to the rules, that could be interpreted to mean that you can't cast it at all (since every reaction spell needs a trigger). This is likely a result of the person who made the homebrew making an oversight and/or not being familiar with how reaction spells work in general. Most likely, they just wanted you to be able to cast the spell as a reaction whenever you wanted.

You get one reaction per round only

However, you only get 1 reaction per round so once you cast it you are done until your turn comes around again or something else specifically gives you the ability to cast it again.

Certain special abilities, spells, and situations allow you to take a special action called a reaction. [...] When you take a reaction, you can't take another one until the start of your next turn.

Note about a couple things that also seem to be confusing to your group:

Assuming that you meant Fighter when you said Warrior for the class, a 15th level fighter has the Extra Attack feature which says:

[Y]ou can attack [three times], instead of once, whenever you take the Attack action on your turn.

That means that the Fighter can spend their one action that they have by default to take the Attack action. When they take that action they can make three attacks as part of that Attack action. This is not the same as taking 3 Attack actions.

No, you cannot cast Fire Bolt multiple times in a single turn

A spell can only be cast using the action that it states. Fire Bolt requires your action to cast and that is all that can be used. You cannot use your bonus action to cast it or reaction (which wouldn't ordinarily be on your turn).

You can get exceptions to the above, but that would always be specifically stated. This would be an example of "the specific overrides the general" principle. As an example - the War Caster feat allows you to cast a single target spell as a reaction under specific circumstances. But normally you could not do this.

You also would not be able to cast it multiple times using your action if that is also what you are implying. You can only cast it once and that uses your entire action (again, unless you have a magical item or feature that specifically says otherwise). Some spells such as Eldritch Blast specifically state you can make multiple attacks per casting, but that is not the case with Fire Bolt (the damage does increase by level though).

As further related information: If you DO use your bonus action to cast a spell that specifically states that it requires a bonus action (like Spiritual Weapon), then you can only cast another spell in the same turn if it is a cantrip:

This is listed in the rules for spellcasting under "Bonus Action":

You can't cast another spell during the same turn, except for a cantrip with a casting time of 1 action.

You appear to be using a home-brewed version of Fire Bolt that does use a reaction. This does throw everything up into the air a bit, but the same idea goes: If a spell states it requires a reaction to cast then you can only use your reaction, not your action or a bonus action. Another important thing that seems to be missing from the home-brewed 'reaction' Fire Bolt spell is a trigger.

A reaction is, by definition, something you can do in response to something. As an example - look at the Feather Fall spell. This is a spell you can cast as reaction when you or a nearby creature falls.

No trigger is specified for the home-brewed Fire Bolt, and you can't just "use your reaction" in response to nothing.

Not the answer you're looking for? Browse other questions tagged dnd-5e spells homebrew actions cantrips or ask your own question.

11
Can I use one of my attacks to cast a cantrip?
0
How does Magecraft work for (Human Mark of Making)?