Who is pictured on the cover of Dragonlance Adventures?

Who are the characters depicted on the cover of the Dragonlance Adventures hardcover?

The painting was done by Jeff Easley, and I'm pretty sure it's depicting Tanis taking the crown from Emperor Ariakas. But who is the undead guy in the back? I think it might be Lord Soth, but I don't think I've ever seen him depicted without his trademark bucket helmet. 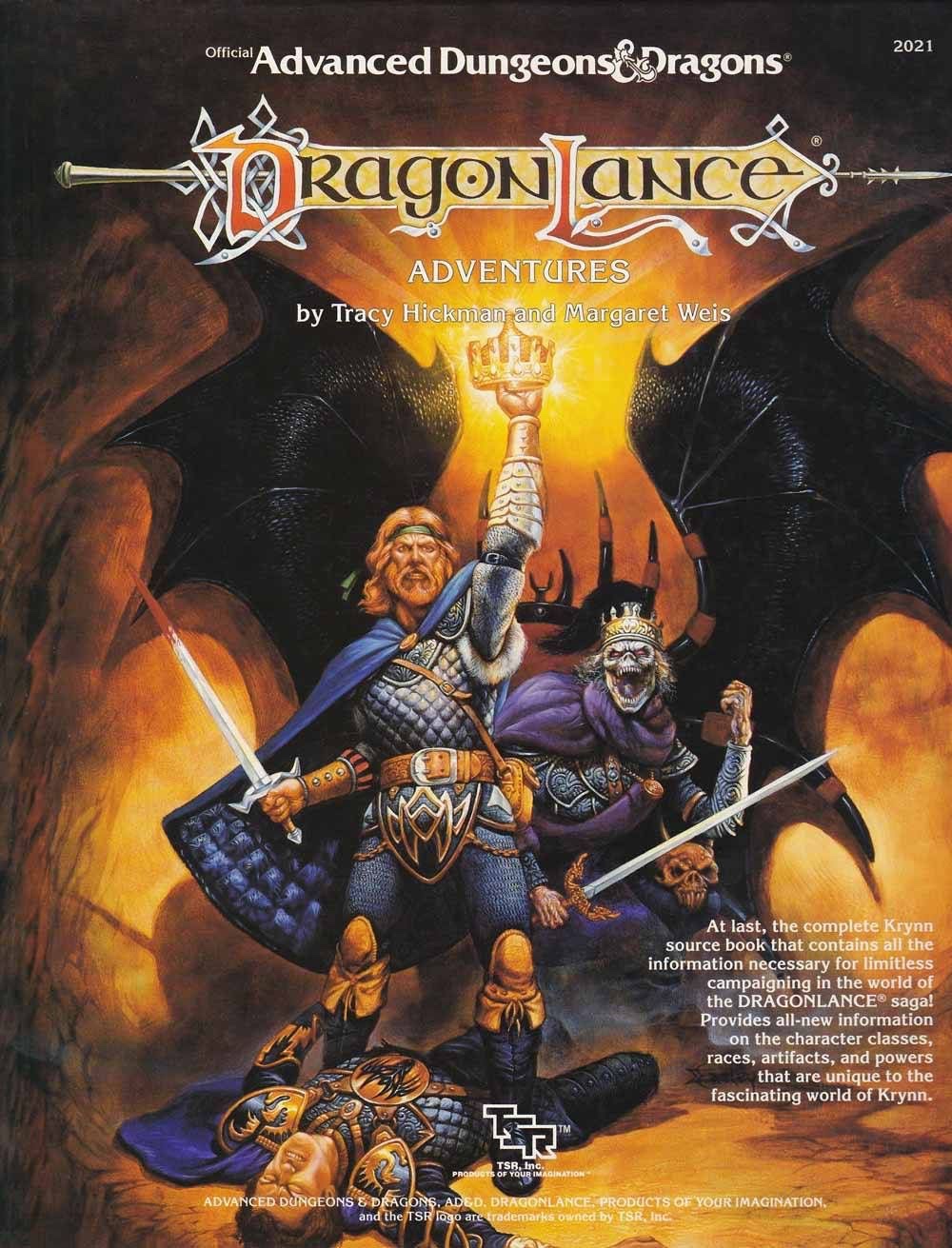 active oldest votes
2
\$\begingroup\$
Want to improve this post? Provide detailed answers to this question, including citations and an explanation of why your answer is correct. Answers without enough detail may be edited or deleted.

It's Tanis holding the crown (of command i believe?) Lord Soth behind, who was sent by Kitiara to try and get it before Tanis, and Lord Ariakas on the floor.

Not the answer you're looking for? Browse other questions tagged adnd-1e books art dragonlance or ask your own question.