What is the Guild Die for?

I was gifted a set of Guildmasters’ Guide to Ravnica Dice, and, upon opening, I encountered the “guild die” (see the picture below).

I’m a bit confused about what its purpose is. Could someone please bestow this information upon me? 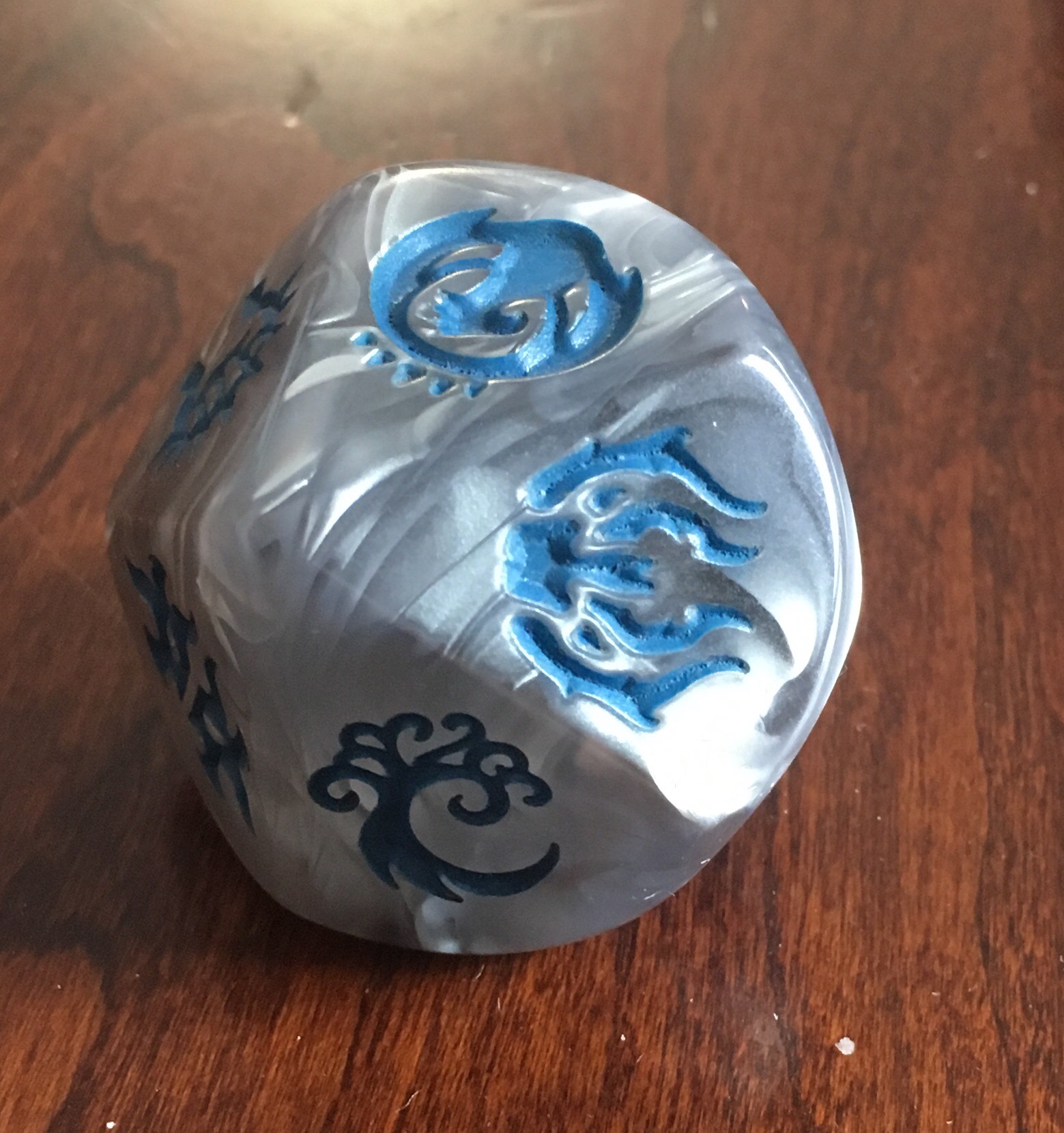 Those are Guild symbols

Those symbols are the symbols of each of the ten guilds on the world Ravnica. Each of these guilds has their own theme and core beliefs. A character can choose a guild based on the character's pre-existing beliefs and values, or a character's values can be shaped by the guild they have joined.

In the card game Magic: The Gathering, each of the ten guilds brings its own unique style and mechanics into the game. If Ravnica is used as a D&D setting, then that translates into unique guild mechanics, such as the Golgari Spore Druid, whose spores can damage enemies just for standing next to them, or a Dimir wizard, who gains access to unique spells that can steal memories straight out of a target's mind and send them somewhere else.

While many might prefer to choose a Guild that fits a character, that die allows the player to choose a Ravnican Guild at random instead. Just roll it, and whichever symbol is shown is the character's Guild. It should also be very helpful for generating random NPCs, when the DM either wants a random distribution or doesn't want to think about the decision.

Should you use this die to choose your Guild, be warned - it is not merely a cosmetic choice. Apart from flavor and unique mechanics, the character will be heavily shaped by their Guild, and any character will have a number of Guilds where they simply do not belong. A Lawful Paladin, for example, would not do well in the lawless torture/entertainment scene that is Rakdos, and a Chaotic-Anything character would swiftly be incarcerated and thrown out of the Azorius guild. I recommend only making the choice in this way if you are absolutely fine with completely changing your character, or if you haven't defined your character yet.

You roll it to randomly determine a guild for any time you want to choose 1 of the 10 guilds. Each of those symbols corresponds to a guild and it's simpler than numbering them 1-10 and making a reference table to roll against.

Not the answer you're looking for? Browse other questions tagged dnd-5e dice ravnica .

2
What's the name of this dice set with blue letters on red-and-black?
17
What are the limitations to using the Shape Water cantrip for cheating and forgery?
11
For the Circle of Spores druid's Halo of Spores feature, is your reaction used regardless of whether the other creature succeeds on the saving throw?
6
Can PCs be Summoned?
7
What are the Effects of "Maximizing" Damage on an Effect?
5
How do tinker's tools interact with the ability to disarm traps?
5
What is the most (average) damage one character can do in one Round on its own to a Tarrasque?