How can I mix up weapons for large groups of similar monsters/characters?

In Waterdeep: Dragon Heist, there is an encounter that requires a large number of similar NPCs/monsters, based on the (slightly edited for spoilers) text block:

the City Guard arrives and cordons off the Alley, posting six guards at each entrance. The guards don’t allow anyone in or out without permission from a superior officer. Another six guards, including a sergeant with 18 hit points, make their way to the crime scene and watch over the scene until the City Watch arrives.

The stat block for guard has a single action as a spear.

However, presumably a squad of this size would have a mixture of weapons for different situations, ranges, damage types. So instead of 12 City Guards armed with spears, I have 4 armed with spears, 4 with maces and 4 with shortswords and changed the to hit modifier and damage to match the RAW attack and damage values for Guard, so if any combat starts, there should be no statistical difference (apart from vulnerability/resistance/immunity damage types).

Are there any unforeseen issues with changing the weapons like this? Are there better/recommended ways to make these changes?

Are there any unforeseen issues with changing the weapons like this?

The unforeseen issue is that you create the impression in the minds of the players that Waterdeep guards are an ad-hoc militia rather than an organized, standing force.

Efficient and effective state-run military/police have standardised equipment - uniforms, armour, ancillary equipment and weapons. Para-military militias have whatever they turned up with. Waterdeep guards are the former - you run the risk of making them look like the latter.

There is nothing wrong with them carrying spears and maces and daggers and choosing the appropriate weapon for the task at hand but they should all be uniformly armed. 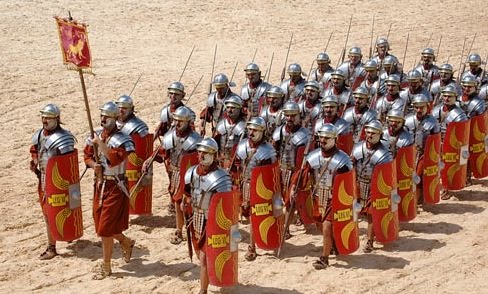 As an aside, the overwhelming majority of weapons ever used in the pre-firearm age were spears for the obvious reasons: they're cheap, can be made by anyone (a basic spear is a stick with a point) and all the nasty stuff happens 6 to 12 feet away from the guy holding it.

The issue is that it will complicate play.

The only issue is that it is yet another thing to keep track of in the event they are in a battle. If you are willing to do the extra work required to keep yet another thing straight then it should be fine, but it will complicate things.

Organized militaries frequently used a variety of weapons together

I must respectfully disagree with Dale M's suggestion that it would make their unit disorganized. In parades the equipment was ruthlessly standardized, or at least similarly equipped troops are grouped together. In battle, it was more complicated. Organized units usually had the organizer provide their equipment, but that does not mean the equipment was always identical.

Phalanxes often had standardized equipment inside the phalanx, but the phalanx itself was frequently supported by light-infantry acting as skirmishers, cavalry, archers, and possible slingers.

The DMG specifically mentions switching weapons as one option for modifying monsters (in the Creating a Monster section, p273-274). Since the weapons you're swapping in for the spears do the same damage, there's very little that needs changing for your sword-guard and mace-guards (just remove the text about wielding a spear in two hands from the statblock of the guards without versatile weapons).

The only "balance issue" you might run into (if you can call it that) is that shortswords and maces are worth a little bit more than spears. Neither swords or maces are expensive but spears are really cheap. If your party is very poor and they have the time to loot the guards after killing them, you may be giving them a little bit more value than you intend (though you might make the difference up later by making it very hard to sell the "stolen" weapons in the city). It's not going to be a big difference though, and if ~50 gp in loot swings the balance of your game, you probably have other problems. If your players are sufficiently well equipped, they don't care about a bunch of mundane weapons, so you can probably ignore the weapon values completely (or, you know, prevent them from having enough time to loot).

But it does bring your assumption about the guards' armaments in to question. You say that they should have a diversity of weapons to fight diverse threats. But that may not be the guard's purpose. They're not intended to be an army, fighting strong opposition, but more often stopping riots and blocking off places like your current alley to prevent curious city residents from getting involved. For those purposes any weapon may be as good as any other. It may be more likely that the city guard is equipped as inexpensively as possible. Giving them all spears is cheaper for the city than giving them a mix of weapons, and it also simplifies training and administration.

So I say: Feel free to change a creature's equipment if you want to. The DMG even tells you it's a good way to customize monsters. But also feel free not to bother, if the new gear doesn't make a significant difference. Or make it serve some other purpose, like making some individual guard stand out. If a squad of six guards has five guys with spears and one with a shortsword, your players may think the one guy with the sword is special somehow. Perhaps that's a subtle way to distinguish the sergeant from the rest. Or maybe it's a red herring!

A city guard is not a soldier. In battle (especially if it's a phalanx) identical equipment makes sense. But guards have various tasks, they were the police of the time.

Imagine that you're a guard investigating something, so you go into a house. Or the house's cellar where someone is supposedly hiding. You wouldn't bring a long weapon there, would you? In the street on the other hand, you won't try to stop a horseman with a dagger either. Despite this, sometimes you need to be armed, and you can't have both if the cost is high. So some guards (let's say the officers) have shorter weapons, while others stay outside with spears.

By the way, Matt Easton, Lindybeige, and a few volunteers tested the spear, and it performed very well. If your guards can afford to have both a spear and a shorter weapon (for close quarters combat), choosing both makes sense. Also, mixing in archers/crossbowmen to cover them adds some challenge.

In this specific game replacing some of the spears with different equipment is perfectly acceptable.

This question is rather interesting and can be viewed in many ways. You're right that a trained guard will be versed in short and long ranged weapons and should be prepared for multiple scenarios. That said, why would you leave some of your soldiers unguarded?

History shows us that city guards were trained in a certain way of fighting; to get the best defense while minimizing damage taken. Because of that, they were often seen using polearms as the long reach of that weapon allowed your guards to form a wall that was hard to break, and that could harm you before your weapon could reach them. However, soldiers were also equipped with a small sword to use in their offhand. For Dale's example, Romans had spears and gladiuses, using a wall of pointy sticks to keep the enemy at bay while switching to their swords if the defense was breached. Since they didn't have it on hand, the quick swing of their sword often made the intruder jump back and have to start over again.

It sounds like you have a similar style of guards in your city, where they focus on disarming/winning/damaging opponents while minimalizing the damage taken. That said, I personally don't see why they couldn't have short swords on their hips that they hardly use.

As for creating variety, I would suggest looking at historic polearms. Hailbergs, for example, come in many shapes and sizes but function the same way. While pole hammers were set to pierce, but also had a bludgeoning end.

Either way, to keep your guards looking like a form of trained authority, and not as a makeshift army, make sure to only envoke minor changes (like one polearm for another) and keep it consistent within the squads.

At least that's my opinon

Not the answer you're looking for? Browse other questions tagged dnd-5e weapons published-adventures waterdeep-dragon-heist or ask your own question.

14
How to handle large groups of enemies?
28
How can I create reasonably challenging encounters for large groups?
16
Can monsters stat blocks be used as party allies?
23
How can characters know which weapons to use underwater?
5
Are there rules for attaching weapons to mounts or characters?
7
Can PCs use nonmagical armor and weapons looted from monsters?
10
How can I make negative consequences for failure of faction missions by characters into productive play for players?
2
Can magic weapons grant (Great) Cleave or similar effects?