Am I understanding this Storm King's Thunder map wrong?

My group will soon be finished with Lost Mine of Phandelver, and I've been told Storm King's Thunder is a great next campaign to run.

I am currently building maps in Roll20 and noticed that in one map particularly, Beorunna's Well, says that each grid square is 50 feet.

Can someone please tell me if I'm misreading that map?

If that's correct, then everything in that map is insanely huge compared to my 5 sq ft players and means it would take nearly 2 rounds of movement to traverse a single grid.

You are reading the map correctly.

The Beorunna's Well map and description appear on p. 76-77 of the adventure book.

Here is the DM's version of the map from the adventure on D&D Beyond: 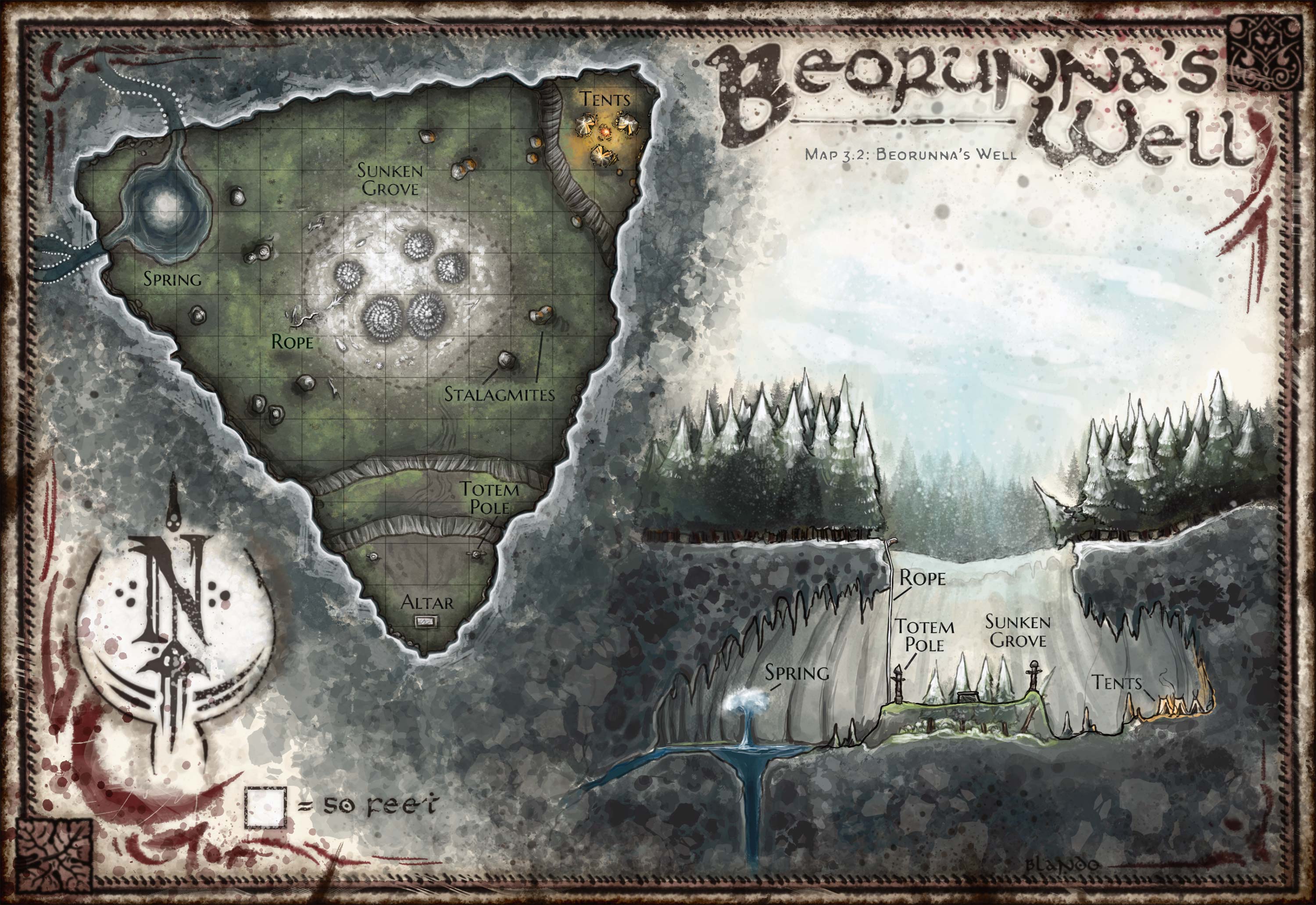 The scale listed there matches the one mentioned in your post: each square on the grid is 50 feet. This is further supported by the descriptive text about the altar:

The altar is a blood-spattered stone block, 9 feet long by 6 feet wide by 3 feet tall, weighing several tons. A creature as big and strong as a stone giant can move it, as can multiple Small or Medium creatures if at least five of them succeed on a DC 20 Strength (Athletics) check. [...] Beneath the altar is a rough-hewn niche containing the skeletal remains of a half-ogre and a relic of giantkind: a fossilized horn made from the tusk of a mammoth and engraved with images of giants battling dragons.

The features of the map do not seem to be drawn perfectly to scale, but the nearly 10-foot-long altar takes up less then half a square on the grid. Given what's under the altar, it would necessarily have to be quite large to fit such things below it.

The SKT adventure hasn't received any errata, so the map's legend is presumably correct (i.e. as the designers intended).

Not the answer you're looking for? Browse other questions tagged dnd-5e published-adventures maps storm-kings-thunder .