Does the radius of the Spirit Guardians spell depend on the size of the caster?

Spirits float around you up to 15 feet away.

A barrier extends from you in a 10-foot radius and moves with you.

Does this mean the range of spirit guardians is affected by the size of the creature who casts it since they are up to 15 feet away from you? Or is the 15 feet based upon your centre of mass, so to speak?

Yes, Spirit Guardians' area depends on the size of the caster

Spirit Guardians has a range of self and the area of effect is described:

They flit around you to a distance of 15 feet for the duration.

A distance of 15 feet is the same range that you could hit if you have 15 feet reach or a ranged weapon with 15 foot range. Unless you are using the variant facing rules you are assumed to have that reach in all directions from all squares that you occupy.

On a grid, the Spirit Guardian takes up the same size regardless of the size of the caster; you select which intersection the effect originates from

Every area of effect has a point of origin, a location from which the spell’s energy erupts.

Therefore, when playing on a grid, you select an intersection of squares as the point of origin. The effect then spread out 15 feet around that intersection.

Being larger doesn't extend the range of the effect; it merely gives you more intersections to pick from. 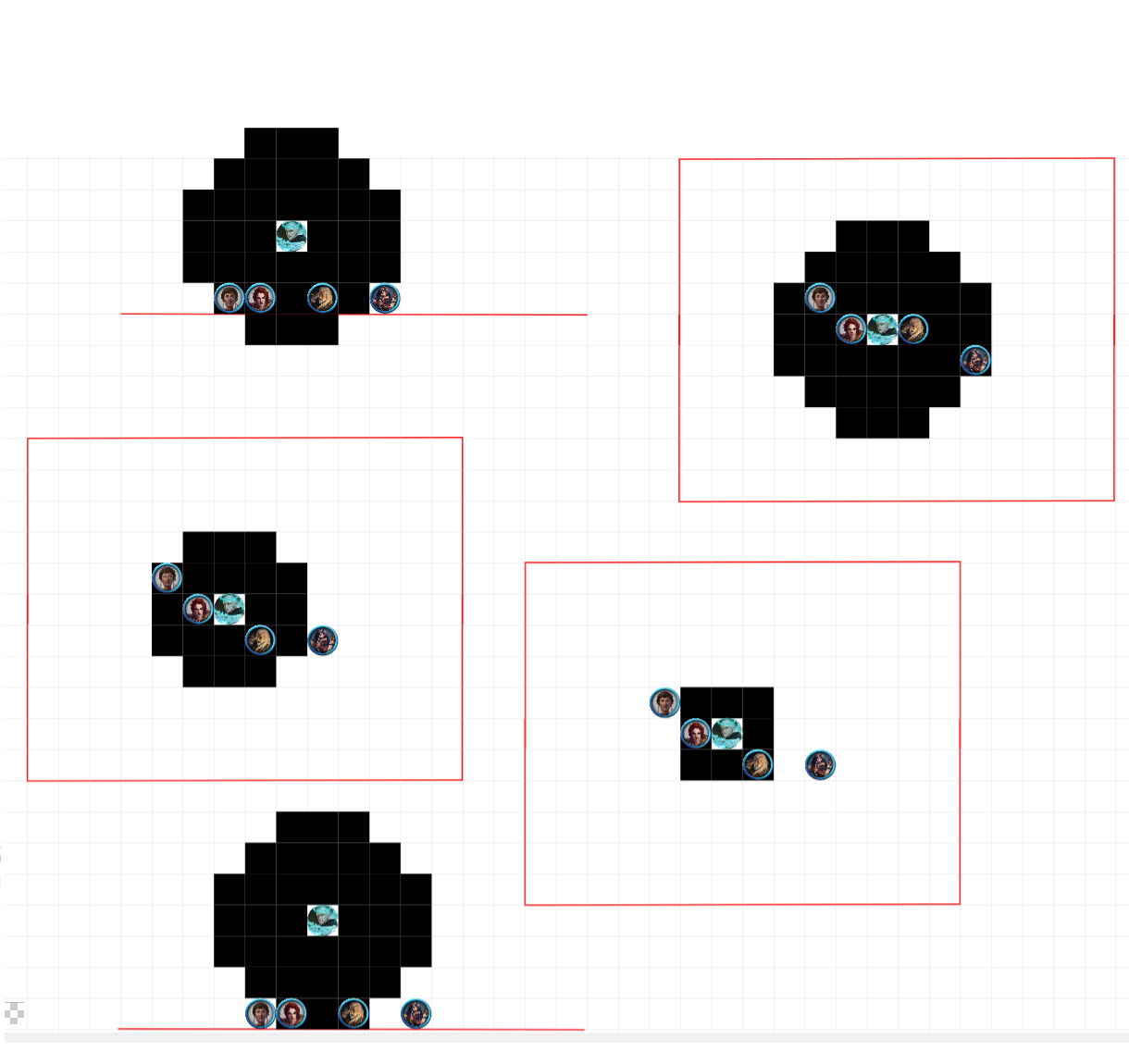 I made a convinient picture on roll20 to show the radius and the modified radii when you are flying or otherwise elevated, hope it helps.

It looks like the verbiage has changed over the last year, and give more clarity now:

The biggest difference is it does not say up to 15 feet. It says to a distance of 15 feet. That is a hard number that does not sound like it will ever extend past 15 feet the way it is written.

15 foot radius implies a circle, and since the range of the spell is Self, YOU are the point of origin. If you are standing on a hex or square, you would take up the space of 1 full square or hex, and extend 15' in all directions from one of the intersections of your choice in your occupied space per the DMG, page 251:

There is no verbiage that says the footage is extended if you are larger. You can learn more about circles or spheres cast on grids here.

That being said to answer your question: No, the radius of the Spirit Guardians spell does not depend on the caster. It is always a 15' radius circle (circle shape implied with radius). However the point of origin on the grid can alter the "reach" of the spell.

It is always 15' from the point of origin which is yourself, and will be the center of said origin.

Not the answer you're looking for? Browse other questions tagged dnd-5e spells creature-size area-of-effect .

1
Is the diameter of a spell with range of Self (15 ft Sphere) always 30 ft.?
16
How do I target the Moonbeam spell, using a grid?
13
Does an aura affect all creatures including ones only partially in the aura?
10
How to measure on a grid the area of a sphere area spell or effect centered on a creature?
7
On a self-targeted spell like Spirit Guardians, can the caster change the intersection corner on a grid?
6
When playing on a grid, how many Medium creatures fit inside the area of a Scroll of Protection's barrier during combat?
6
On a grid, what is the area of effect of the Spirit Guardians spell?