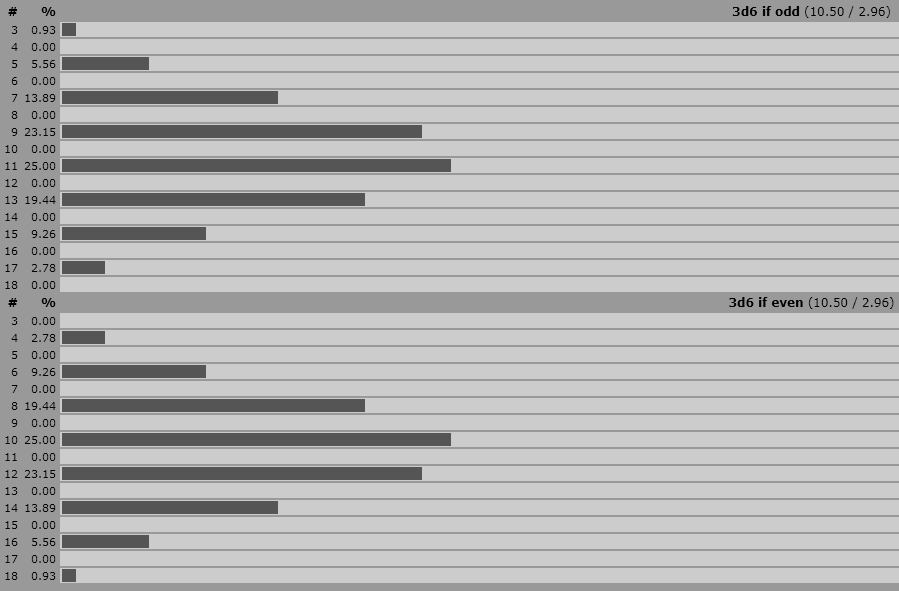 Not the answer you're looking for? Browse other questions tagged statistics anydice .

10
How can I execute code depending on a die value in AnyDice?
2
Help with Anydice function for 3d10 dice pool
12
How can I model this "Party Draft Pool" ability score generation method in AnyDice?
10
How can I calculate the sum of 2 random dice out of a 3d6 pool in AnyDice?
28
How does one calculate the distribution of the Matt Colville way of rolling stats?
9
How to calculate the probabilities for eliminative dice pools (dice cancelling mechanic) in Neon City Overdrive?
4
Modeling a system where you roll Xd20 and take highest, plus the second highest if the first one is a critical, etc
9
How do you simulate dependent dice rolls in anydice?
7
How can I get an AnyDice conditional to convert a sequence to a boolean?