Is there a good Mesoamerican game? [closed]

Closed. This question is off-topic. It is not currently accepting answers.

I'm looking for a roleplaying game set in a Mesoamerican culture: Aztec, Mayan, Olmec, etc. Simply being a Stone Age game isn't enough -- it needs to be steeped in jaguars and feathered serpents and sacrifices.

As part of Mystara / Hollow World D&D campaign setting, there is Sons of Azca, that is, basically, the kind of game set culture that you are looking for, but located inside Mystara planet, in a highly magical internal sphere illuminated by an internal globe of fire instead of the sun (that's the Hollow World general campaign set, and the Sons of Azca are one of the nations).

If you don't like the idea of being in the Hollow World, well... you can adapt the campaign to another location relatively easily.

It's an intriguing and well designed campaign set (with well crafted plots and connections with other, apparently unrelated nations and immortals), artwork is arguably the best of TSR history, but this setting is made for a D&D edition that is not officially supported anymore. However, that's not a major issue as the transposition to newer D&D editions is not too complicate and can be often done "on the spot" by a reasonably experienced DM. 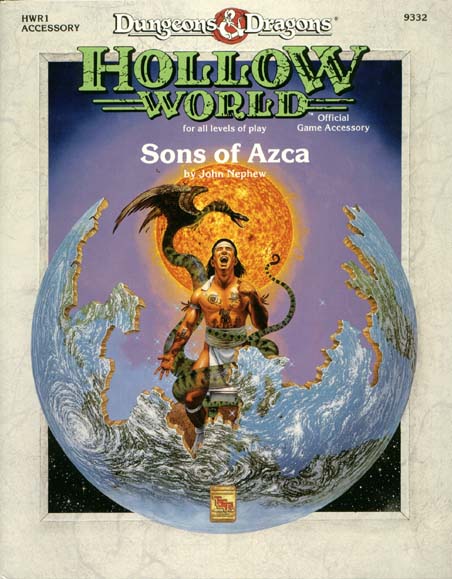 However... for fantasticized Meso-american, there are several.

The ones I would recommend from the lot -

I almost ran a D&D Game set in Maztica. The whole thing was designed to be Mesoamerican in flavor, feel, and everything else. Unfortunately, I gave away the box set years ago, so I cannot reference anything, but I remember that there were Jaguar warriors, the dominant weapon was a "maca" (I think), which was a sharpened stone weapon that was about even mixtures of a sword, a cricket bat, and a warhammer. I'm not sure if they had any feathered serpents, but IIRC, D&D 2e had them in the Monster Manual (or whatever they called it).

I personally loved the setting, but my friends all voted "meh" on the campaign I was developing for it/the setting itself.

Not the answer you're looking for? Browse other questions tagged game-recommendation or ask your own question.

17
Is there a fantasy RPG system which does not try to be old-school?