What happens when a creature falls on another creature?

If I successfully teleport a creature 4 square above another creature, and it falls, what happens? Is damage done to one or both?

Note: Remember that 4e has a set of rather simplified, abstract rules to cover only situations that come up often. For such rare occurences the GM needs to improvise and make up something new based on the ruleset. With that in mind you can read below.

As Colin said the creature falling would certainly take the regular amount of damage. As for the other one, creatures generally don't occupy 100% of their grid space. That is quite apparent since realistically you can fit a few average people in a 5x5 feet square. So, it wouldn't be a certain hit on the creature under the falling one.

I think you should roll something versus the Reflex of the creature-standing-below or have it make a Dexterity check to dodge the falling object/creature. Relevant size between that creature and the one falling should affect the DC/roll as well, since dodging a halfling should be easier than dodging an Adult Dragon that somehow ended falling from a few feet above your head.

Something similar can be done if you want to roll vs. Reflex instead of having the target roll a Dexterity check.

Regarding damage in case of a direct hit, there are two variables to consider, mass of the falling object and falling distance (momentum gained from greater height would make the impact more intense, just like it works for the falling damage).
For damage due to mass you can either set an amount of damage per weight unit (lb) or creature size category, the latter aiming towards simplicity (eg 1d10 per size category over Tiny, or 1d10 per 100 lbs).
For the falling distance, you should should set an amount per square fallen, or even use the formula for falling damage.

In a more realistic sense, I think I would like to use some sort of multiplication between these two factors however that would be easier to keep balanced and would take a few skills in maths and differential analysis to make sure you don't go "unreasonably off the chart".

All in all, you need to make up something. Good luck with that.

The creature falling would take damage. I believe falling creatures land prone, so that would mean both creatures could occupy the same space if I am remembering correctly.

I have not found any rules that talk about what happen to the creature already in that square.

In the absence of a written rule, I would keep it simple.

Including factors like size, distance, awareness, etc, figure out whether you consider dodging the falling creature to be easy, medium, or hard (for any person, not based on the person's abilities).

Allow the creature being fallen upon to make an Acrobatics check with a DC determined by Wizard's DC table: 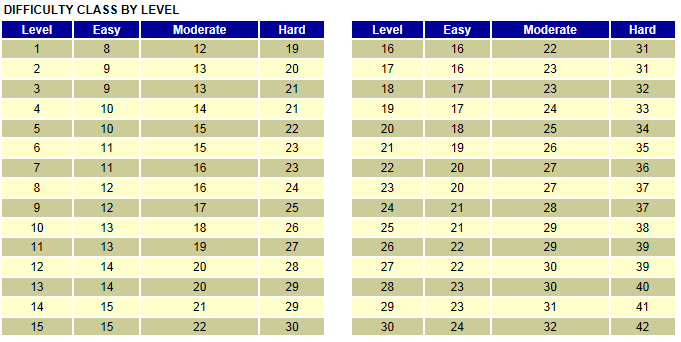 I would have the person take half of the falling damage because of (a) Newton's third law and (b) presumably, they at least tried to get out of the way and the fall wasn't lined up perfectly to apply all of its force directly on them.

Not the answer you're looking for? Browse other questions tagged dnd-4e damage strategy or ask your own question.

9
Can one creature be teleported on top of another with Dimensional Scramble?
9
Can I charge by falling toward my enemy?