Is there a way I can turn bone into metal?

I am playing a campaign that starts us off as commoners who have no adventuring experience. My character is a town drunk who has never gotten into a fight in his life. In our second session our party killed a homebrewed half mastiff half hellhound. The dog was large and so I want to try and have its head crafted into a shield but bone is a fragile material and it reduces the armor bonus by 1.

My goal is to craft it into a light shield and use it with 2 weapon fighting and improved shield bash and so on.

Is there any way to do that?

If nothing else, there is always polymorph any object, which will certainly do it. As an 8th-level spell, though, it isn’t reasonably available to you at anywhere near your level. Its duration is also questionable—changing a skull into the exact same skull except made from steel probably gets you at least +8 to duration factor, gaining +2 from each of the four options aside from “same kingdom.” You might get the +5 from same kingdom, too, depending on whether or not bone is treated as a “mineral.” You would definitely want that, because that +5 is the difference between permanently changing the item and changing it for just 1 week. Finally, “permanent” in Pathfinder means it can still be dispelled, which would be pretty terrible. Casting an 8th-level spell requires caster level 15th, so presumably it will be a while before relevant foes can actually dispel it, but a lucky nat-20 by a 6th-level spellcaster would really suck—and as you fight higher-level things, their odds of success goes up too.

So polymorph any object has a lot of problems. It’s also total overkill: polymorph any object can do vastly more powerful things than this, which is why it’s an 8th-level spell and has all these duration and dispel issues on top of that. A spell that just converted bone to steel should be considerably lower-level.

The problem is that there isn’t any such spell. There is the “classic”1 druid spell ironwood, which converts wood to a steel-like strength and malleability—but in addition to there not being any “ironbone” spell, ironwood is a pretty useless spell in its own right since it has a pretty limited duration, and you cannot even permanency it. There is a 3rd-party transmute stone to metal spell, which would be perfect (Instantaneous duration means the effect never ends, and cannot even be dispelled), if there were some way to magically fossilize the bone, but (almost to my surprise) there isn’t.2 Also, as a 7th-level spell for wizards and sorcerers, it’s almost as difficult to obtain as polymorph any object.3

So really, you’re going to have to ask your GM about this, and if they’re amenable, they’ll presumably set up a little side-quest where you can get access to someone who can do this for you. Hopefully in Instantaneous form, so you don’t have to worry about any durations or dispels. Based on the levels of the spells that do exist, some kind of side-quest would probably be necessary anyway, since spells of those levels are probably not really accessible to you at your level.

But when considering all this, bear in mind that a +2 bonus to damage and a +1 shield bonus to AC is worth very, very little. As long as you get some magic put on that shield to prevent it from being fragile, the disadvantages of bone are fairly minimal. If turning it to steel or similar is difficult or expensive, it may be better to just ignore the problems and have your shield. In order to get magic on the shield, you need it to be masterwork—if it isn’t, masterwork transformation can fix that. And in the meantime, if you cannot afford masterwork transformation as well as a +1 enhancement on the item (which costs 1,150 gp), the magic vestment spell can make it temporarily magic. (Definitely don’t hit anything with it while it’s still fragile, though—note that fragile armor has no rule for breaking the way fragile weapons do.)

Create a Klar using the skull

A klar can be made out of the skull of a deceased creature, and either wood or metal, counting as a light shield of that material. This way you avoid any penalty of making a shield using bone as the material. 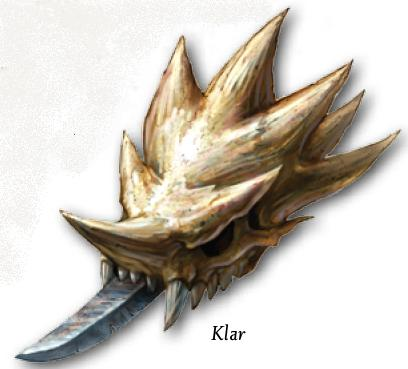 Though it is only marginally more economical then Polymorph Any Object, a 15th level Psion can take the hour long manifestation time option of the 8th level Power Matter Manipulation to make the bone effectively as hard as steel.

Using "Table: Substance Hardness and Hit Points" in the section to do with Damaging Objects bone might be considered hardness 5 like wood, and it could be boosted up to hardness 10 which is the equivalent of iron or steel. So it still looks like bone, but in hardness and hp/inch it is steel.

So it doesn't turn the bone to metal per se, but it kinda does for what matters if you're concerned about it being damaged.

Not the answer you're looking for? Browse other questions tagged pathfinder-1e crafting armor special-materials or ask your own question.

16
Animate Objects vs Animate Dead - is there anything stopping the Good-aligned 'Necromancer'?
11
When crafting with the ironwood spell, are the effects permanent?

3
How can I turn a tamed exotic animal into a mount?
13
Is there any way I can doff armor in a single turn?
1
Downtime gold in a dungeon crawler setting
28
If I multiclass from ranger into Druid, can I still wear metal armor?
12
Can I use fabricate to turn gold coins into ingots worth three times as much gold?
7
Is there any way to craft “masterwork” upgrade for weapons?
11
Can a breastplate be crafted with non-metal materials in Adventurers League?
5
Can an Adventurers League druid wear metal armor?
4
How to overcome the distance limit on a Dedicated Wright?