How important is the War Caster feat? [closed]

Ask Question
Asked 9 months ago
Active 9 months ago
Viewed 3k times
1
\$\begingroup\$
Closed. This question is opinion-based. It is not currently accepting answers.

I've seen multiple people who have beelined for the feat of War Caster, but I never really understood this. While I can see some situations that this would be good (Polymorph comes to mind...), it doesn't seem to be worth most of your racial bonuses with the variant human or the ability score increase.
The reason I want to know this is because I have a 7th level sorcerer, nearing 8th, and I want to know if this would help.

So is it worth it?

What role is your sorcerer playing in the party?

For support casters it's a great help

If you are a spell caster who is casting a lot of concentration spells, having advantage on the Constitution save if you take damage, so that you are less likely to lose your concentration, is really helpful not just for sorcerers.

I don't want my concentration spells to drop. I want them to stay up.

This answer shows benefits of the feat I borrowed the graph from that answer to illustrate. 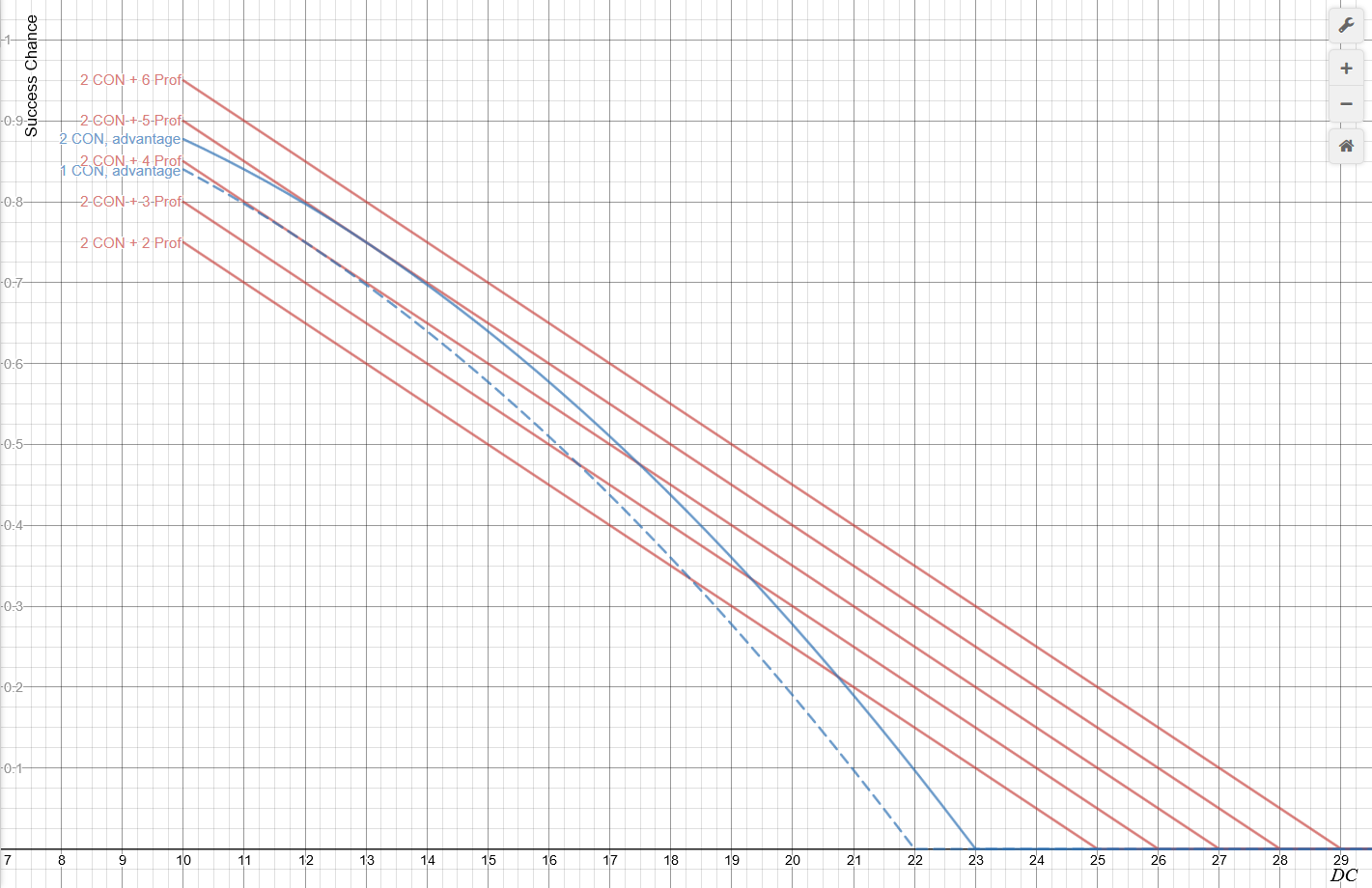 Your sorcerer is already proficient in Constitution saves, so War Caster is an additive benefit. To get an idea for how high your chances are to avoid losing concentration thanks to the feat, you move the target number to the left based on your proficiency and constitution, and only use the blue lines.

For keeping concentration spells up, War Caster is a good choice all game long.
Numbers wise concerning advantage: if for this ASI you raised your Constitution from 14 to 16, you would get a +1 on your roll to avoid breaking concentration when taking damage. With Advantage from the feat, you are getting roughly a +4 to +5 benefit on a given roll.

Being able to use a spell as an opportunity attack is icing on the cake.

Does this help a blaster-style sorcerer?

If you are playing more of a 'blaster' and less of a 'support' sorcerer then a boost in your casting stat is a better choice (make the spell's DC go up) or if Charisma is already maxed out, a feat like Elemental Adept.

Not the answer you're looking for? Browse other questions tagged dnd-5e feats or ask your own question.

190
How does rolling two d20 and taking the higher affect the average outcome?
30
Does the Resilient (Con) feat or the War Caster feat most improve the chances of maintaining concentration?

12
How are caster levels determined in concert with the feat Master Spellthief?
9
Melee Necromancer feats?
44
To What Extent Can The Keen Mind Feat Replace a Wizard's Spellbook?
15
Does Keen Mind feat allows a Wizard to have prepared all his spells?
2
How do you calculate the caster level of a character with both Unseen Seer's Divination Spell Power and Practiced Spellcaster?
15
Can a 14th level Theurgy Wizard with the Arcana Domain cast their 8th/9th level spells after picking up three levels in another Full Caster class?
7
Is the UA feat Human Determination balanced?