Great Weapon Master vs. Dual Wielder for a half-orc Barbarian

I'm going to play a half-orc Barbarian (with a STR modifier of +4) in a soon-to-begin, pure PHB D&D 5E campaign, starting at level 1, and I'm wondering what the best overall attacking style is, combined with the corresponding feat: one great weapon (d12) or two regular weapons (2d8)?

I've almost always seen barbarians played with Great Weapon Master and a two-handed weapon (usually a greataxe), exploiting the advantage on attack rolls granted by Reckless Attack as a mean to both counteract the -5 to the hit and increase the likelihood of a natural 20, by which the feat also grants another attack.

Also, when Extra Attack becomes available, one can regularly attack three times in the same turn (2 with the action and 1 with the bonus action), increasing (?) both the average damage done without critting and the chance of critting even more (as far as I understand, the more attack rolls you do, the more you might crit in a turn), possibly allowing not to rely on Reckless Attack to consistently deal damage.

Overall, while Great Weapon Master opens the possibility of dealing an insane amount of damage even at low levels, Dual Wielder appears to be more reliable for both attack and defense. I'm afraid that I may be missing something though, as I'm ignorant in statistics and my understanding of probability is quite poor.

May I ask for your analysis? Is the potential damage output (DPR) with Great Weapon Master too good to be traded off for less damage, but a bit more reliability and defense? Getting the "to hit" chance factored into the expected output may help me see the advantages more clearly.

My Barbarian will follow the path of the Totem Warrior, probably picking bear all the times. After 5 levels of Barbarian to reach Extra Attack, I am considering multiclassing up to 3 levels of Fighter to add the complementing class feature (Great/Two Weapon Fighting) and to exploit Action Surge and the Champion archetype critical bonus, but that might as well be another question.

Raging is a bonus action. If you want to rage, you'll be unable use two weapon fighting that turn. This can put you at a disadvantage right from the start of combat.

It's not just a critical attack that allows a great weapon master to attack with their bonus action.

This is still conditional, and will depend on the kind of opponents the DM throws at the party, but mobs of foes and minion types often make appearances in many campaigns and will greatly boost the damage of a great weapon master.

Growth from Extra Attack is in favor of great weapons

This same issue also means a great weapon barbarian benefits more from the single extra attack granted by the spell Haste. It also pops up if you decide to multiclass into fighter, because action surge doesn't grant you another bonus action.

Problems created from using more than one weapon

There are many spells you could potentially have applied to your weapon by a party member, such as Magic Weapon

You touch a nonmagical weapon. Until the spell ends, that weapon becomes a magic weapon with a +1 bonus to attack rolls and damage rolls.

However, this spell and many others only work on a single weapon at a time. So while a great weapon user has all their damage become magical (allowing it to bypass resistance to non-magical damage, which is critical against many foes), a two weapon fighter is left with only part of their attacks improved.

Consider your role in the party

Reckless attack isn't just a risky move, but a way to control opponents. Granting your opponents advantage encourages them to attack you, rather than your squishy wizard friend. With rage, and especially bear totem rage, you can take the damage. If your build is too defensive and never uses reckless attack, opponents may ignore you and go after bigger threats rather then one they can barely hit and can't deal full damage to.

Advantage has a huge effect

This is kind of obvious, but maybe it'll help illustrate just how useful reckless attack is for someone with great weapon master. 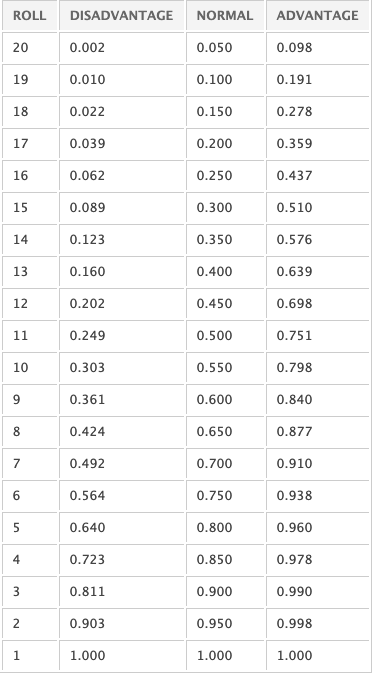 If you look at this chart, you can see you have an 75.1% chance of rolling a 11 or higher on your roll if you have advantage. With 18 strength and a +2 proficiency (what you'd probably have at level 4), that's enough to hit 12 AC target, which is the AC of plenty of big beasts and smaller enemies. You'll still hit 15 AC targets 57.8% of the time (without advantage and without the -5 to hit, you'd normally hit 60% of the time with the same stats).

And against very high AC targets, you can choose to not use the power attack and still be relatively effective.

Not the answer you're looking for? Browse other questions tagged dnd-5e optimization damage barbarian or ask your own question.

15
Is dual-wielding superior to great weapons for a raging Barbarian?

34
Wielding two weapons without “Two-Weapon Fighting” or “Dual Wielder”?
11
Great Weapon Master Critical Hit Resolution
14
Can I Combine Shield Master and Great Weapon Master?
15
Is dual-wielding superior to great weapons for a raging Barbarian?
26
Why is two-weapon fighting considered subpar for fighters?
7
What conditions activate the Great Weapon Master feat?
16
As a half-orc Barbarian, is it worth it to dip some levels into the Fighter class?
11
Is this modified Dual Wielder feat balanced?