Are there any official mechanics for grafts or anything similar?

In D&D 3.5e there were a number of options which PC's (and the DM) could use to augment themselves (or monsters) for a cost. Of these numerous options, I am focusing on grafts.

Has anything similar to grafts from D&D 3.5e been introduced in D&D 5e so far? Certain grafts were iconic to certain enemy types such as beholders, aboleths, etc., and I would like to use something similar if it is available (or even if they have been mentioned) rather than attempting to introduce them as homebrew.

No, there isn't anything official (besides some artifacts)

At this point, WotC have not provided any 'grafting' rules for 5e.

But there are two artifacts mentioned in the DMG (Chapter 7, starting on p. 219) that are the closest to "Grafting":

An artifact is a unique magic item of tremendous power, with its own origin and history. An artifact might have been created by gods or mortals of awesome power. It could have been created in the midst of a crisis that threatened a kingdom, a world, or the entire multiverse, and carry the weight of that pivotal moment in history...

Characters donâ€™t typically find artifacts in the normal course of adventuring. In fact, artifacts only appear when you want them to, for they are as much plot devices as magic items. Tracking down and recovering an artifact is often the main goal of an adventure. Characters must chase down rumors, undergo significant trials, and venture into dangerous, half-forgotten places to find the artifact they seek. Alternatively, a major villain might already have the artifact. Obtaining and destroying the artifact could be the only way to ensure that its power canâ€™t be used for evil.

To attune to the eye, you must gouge out your own eye and press the artifact into the empty socket. The eye grafts itself to your head and remains there until you die. Once in place, the eye transforms into a golden eye with a slit for a pupil, much like that of a cat. If the eye is ever removed, you die.

To attune to the hand, you must lop off your left hand at the wrist and the press the artifact against the stump. The hand grafts itself to your arm and becomes a functioning appendage. If the hand is ever removed, you die.

There is a third-party class "The Grafter", although I haven't tried it myself and can't really assess it: 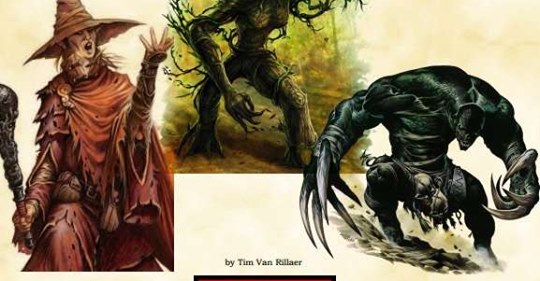 Did you ever get jealous of those sweet abilities monsters have? This is no longer an issue! With the Grafter class you can slowly but surely become a monstrous abomination yourself with all the sweet perks it brings! This is a class for those who like to hunt down monsters for their parts and then use those parts in battle!

The grafter class includes three archetypes: the monster, the symbiont and the witch.

There are a couple of related spells and magic items:

Not the answer you're looking for? Browse other questions tagged dnd-5e .

28
Why do artifacts exist in the DM's Guide if you can't get them easily?