Can you upgrade armour from breastplate to half plate?

A PC wearing a Breastplate of Psychic Resistance (DMG, 152) wants to upgrade their armour to half plate while retaining the magical resistance.

Can a PC put on half plate armour and retain the magical properties of their original breastplate?

According to the description of half plate armor (PHB, p. 145):

Half plate consists of shaped metal plates that cover most of the wearer's body.

Example: Agar goes to an armorer and buys half plate armor. In the change-room (without taking off his breastplate) he puts on all the components of the half plate (except the plates that would cover his torso) he leaves. Does he still have psychic resistance?

Talk to your DM

There are no specific rules about armor types being converted from one to another and whether or not this is possible.

The Equipment lists seem to indicate that each one is it's own thing and thus suggests that they aren't additive or reductive in any RAW way.

Whether or not a DM will allow conversions like this, or how they'll make it work if they do, is up to them to decide.

As Illarion says in their answer, there can be unforeseen problems if this is permitted. Combining multiple magical armors is what comes to mind first.

Plate consists of shaped, interlocking metal plates to cover the entire body. A suit of plate includes gauntlets, heavy leather boots, a visored helmet, and thick layers of padding underneath the armor. Buckles and straps distribute the weight over the body.

If we look at the strict RAW on this, the armor is made up of interlocking metal plates to cover the entire body, but also has some specific parts: gauntlets, boots, and a helmet.

A DM could interpret this to mean that the specific pieces mentioned may be changed out for other magical items (e.g. gauntlets of ogre power, boots of elvenkind, helm of telepathy), but that the remaining armor is a single item that doesn't have interchangeable parts.

However, the language is 'loose' enough that a very strict DM could say that you can't change any of it out.

Ultimately, this is a conversation with your DM about what is reasonable and what is not. But the different armor types do seem to be separate, but that some of the pieces do appear to be interchangeable. The breastplate doesn't seem to be as it's not called out as a separate piece. At my tables, we have allowed armor wearers to substitute magical items like those above (boots, gauntlets, and helmets) to be used. But we have required that wholesale armor changes (chain/leather/plate/half-plate/etc) are fully replaced.

The rules don't specify, so the literal (only) answer to the question is "If the DM says so".

Were I that DM, I would be thinking:

Yes, there are no rules to forbid such thing.

But there would be a lot of work

As you could see on the images below, you not only need to add some armor pieces to the breathplate, but also you should need to make holes in it to tackle these armor pieces. Also you maybe should cut it a little bit from the bottom.

But your breathplate is an magic item already, that's why it has resistance to all damage.

It means you need to do double your efforts to make such holes and stuff.

Maybe it would be a way easier just to create brand new magic item.

Breastplate and Half plate images 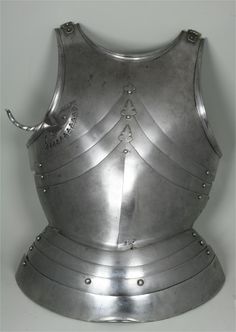 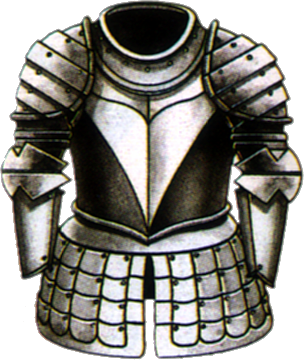 Not the answer you're looking for? Browse other questions tagged dnd-5e magic-items armor or ask your own question.

9
Can I improve a suit of Adamantine Armor I've found to have a +2 AC magic bonus?
7
Can equipment be enchanted and dis/reenchanted without destroying the item?
2
Can you improvise a suit of half plate from a suit of plate armor?

8
Does armour weight half as much when you wear it?
10
Can non-dwarves wear Dwarven Plate?
5
Can armour be disarmed?
7
Can you wear armor and second skin to utilize multiple upgrade slots?
7
Can you wear magical boots/gloves/gauntlets while wearing plate armor?
6
Can you 'upgrade' leather armor to studded leather armor without purchasing the new armor directly?
7
If the Heat Metal spell is cast on a mounted character's armor, does it hurt their mount?