Do half-elves or half-orcs count as humans for the ranger's Favored Enemy class feature?

I am using the D&D Beyond character builder to create a ranger. If I pick humanoids, it does not list half-elves or half-orc in the dropdown, but it does list humans, elves and orcs: 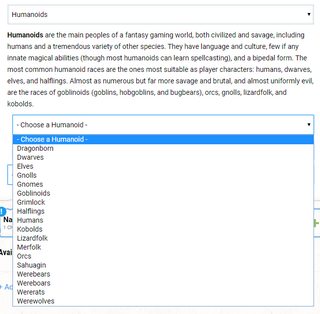 I am in a group that is new to 5th and we are only using the Player's Handbook. I haven't seen anything in that book that covers this.

Half-elf and half-orc are their own separate races.

In D&D 5e, the general principle is that a rule says what it says, and no more. Everything else is up to the DM.

Alternatively, you can select two races of humanoid (such as gnolls and orcs) as favored enemies.

Since half-elf and half-orc are both humanoid races appearing in the Player's Handbook, you can select them as favored enemies.

There's nothing in the rules which explicitly states that half-elves count as humans, or as elves, although they do have "elf blood". Historically, in earlier editions of the D&D rules, half-elves could count as elves for various purposes, such as magic items that only work for elves, and so on. However, that would be up to the DM to allow (I'd probably allow it in my campaigns).

It isn't clear if they count as humans for the Favored Enemy feature, but they are likely separate races. Ask your DM.

Choose a type of favored enemy: [...] you can select two races of humanoid (such as gnolls and orcs)

Personally, I would rule them to be included in their non-human lineage (so half-elf with elf, and half-orc with orc), due to their stat blocks (scores, size, speed, etc), as their blocks lean more toward non-human than human.

Additionally, if you choose to use races both from the monster listings and from the playable races, there are conflicts.

For example, in the playable races (from the Dungeon Master's Guide), races such as Goblins and Hobgoblins are listed separately; but in the Monster Manual, they are all listed under the race of Goblinoid.

If you choose only to use the Dungeon Master's Guide and Player's Handbook races, there end up being multiple omissions. (Gith, Quaggoth, Sahuagin, Shapechangers, Thri-Keen, Yuan-Ti)

However, there is something that seems to support half races counting as separate races:

From the Monster Manual

A variety of humanoids appear throughout this book, but the races detailed in the Player's Handbook-with the exception of drow-are dealt with in appendix B. That appendix gives you a number of stat blocks that you can use to make various members of those races.

So, they could count as sub-races or separate races, depending on the work of your DM. Though you need to work with your DM on which sources to draw from, to avoid conflicting information.

17
Do Half-elves count as Humans for the Favored Enemy class feature?
15
Does the Favored Enemy feature count when using INT skills?
16
Can a Half-Elf have Drow Ancestry?
15
How do goblins work for a ranger's favored enemy?
40
Who should know/inform the Ranger's Favored Enemy?
25
What makes Half-Orcs stronger than full Orcs?
18
Can you choose a dialect of a language instead of the whole language?
5
Would granting every PC the choice of a free cantrip at level 1 be unbalancing?
4
How does the UA Revised Ranger's "Greater Favored Enemy" interact with "Favored Foe" from the UA Class Feature Variants?
27
Is the Way of the Four Elements monk subclass variant posted in this D&D Beyond article balanced?