What happened to Eladrin? Did something make them unavailable to play?

I made an Eladrin Ranger and the DM wouldn't allow it. I'm confused. Did something happen to Eladrin?

I'm wondering because none of my three gaming groups' DMs would allow my character. They just told me to make a new character. They once let me play a Sea Elf in a desert (not saying it went well), but if I can't play an Eladrin in the Feywild (where we are currently) then I figure that something probably happened to it.

I have the Player's Handbook, though it may be outdated.

You appear to be using a sourcebook from the wrong edition of D&D.

This is particularly important between 4th and 5th edition, as the rules changed so much between these editions of the rules that they're almost entirely different games.

For reference, the 4th edition Player's Handbook is the one subtitled "Arcane, Divine, and Martial Heroes". The front cover depicts a yellow-green lizardlike dragonborn fighter and a female spellcaster with a staff, and the book is credited at the bottom to Rob Heinsoo, Andy Collins, and James Wyatt. 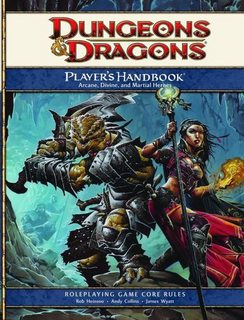 In the earliest editions of D&D, particularly Advanced Dungeons & Dragons 1st and 2nd edition in the 1980s and 1990s, it was common for players to mix-and-match content from different editions of the rules in this manner. However, this practice is no longer commonplace, since rules now change so much between editions.

I recall a player in an online D&D 5th edition game I ran making a similar mistake. First, he attempted to play a psion, which turned out to be a fan-made content from dandwiki.com that he had mistaken for official. When I rejected this, he attempted to create a tiefling, but did not actually own the Player's Handbook, and used Google to find a D&D 4th edition D&D Insider PDF article of optional tiefling powers, which he mistook for 5e core rules and promptly added to his character sheet.

As KorvinStarmast's answer notes, however, you can play an eladrin ranger in D&D 5th edition; you just need to use the 5th edition version of rules to do it (in Mordenkainen's Tome of Foes or the Dungeon Master's Guide). Note that if you happen to play in official Adventurer's League groups, there's a limit to how many sourcebooks you can use to build one character. If you're not too attached to the eladrin and don't have access to these other sourcebooks, it may be simpler just to play one of the types of elves in the D&D 5th edition Player's Handbook.

The Eladrin are in Mordenkainen's Tome of Foes

1 The version of the Eladrin in the DMG is used as an example of how to create a sub-race when a DM wants to do a little home brewing. (As in "Which kind of elf are you? High elf, wood elf, drow, or eladrin?") I got to play one for a one shot adventure: they fit into play well enough, but we didn't start at level 1. We were sixth level PCs. The 2d level misty step spell once per short or long rest, at low levels, is quite a bit more magic than most other PC races have. That might be a reason for a DM to not wish to start your PC as an Eladrin (from the DMG) at level 1. Having it once per long rest is a bit closer to "balanced" with other PHB races. 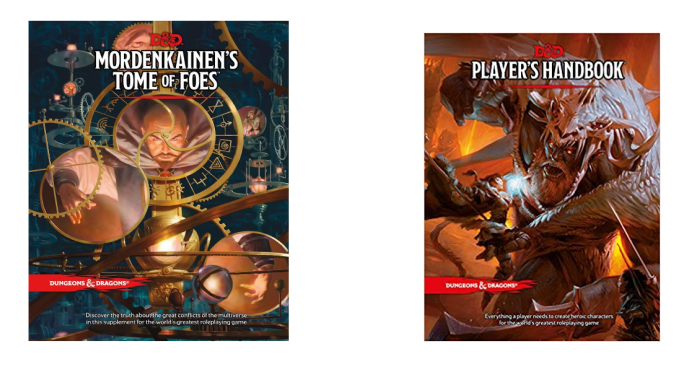 It’s also not really a matter of “what happened”. Nothing happened other than just not being included. Each edition is a separate game with its own incompatible set of options and rules. Each edition always has a different set of available PC races and classes.

Not the answer you're looking for? Browse other questions tagged dnd-5e character-creation eladrin .

44
Is the DM Always Right?
44
How do I know which edition of Dungeons and Dragons (D&D) the books I'm looking at are for?

3
Survivalist NPC build?
18
Characters Created via dice rolls: Do I have a problem with vastly differing characters?
6
Stealth and passive Perception range
25
How can I improve suggesting classes to new players?
23
A player is unhappy that people are playing the same class. Did I do something wrong?
14
When is the Battle Master fighter's Commander's Strike maneuver worth it?
8
Do any of the books contain (magic) items for animal companions?
5
How would it imbalance gameplay to allow a multiclassed wizard/sorcerer to copy wizard spells in a spellbook for which one has spell slots?
50
Am I overreacting or seeing things where they don't exist?