Would it be unbalanced to allow a non-warforged artificer to use a wand sheath if they make it themselves using one of their infusions?

One of my players is thinking about going artillerist but they don't have enough hands to hold a shield, an arcane firearm, and a sword. In going down the rabbit hole of animated shields and dropping items I noticed they could craft a wand sheath that would allow them to use a wand hands-free. However they are a forest gnome and wand sheaths require attunement by warforged.

Would it be unbalanced to allow them to use one they made themselves? I am not concerned with the flavour.

No, it would not be unbalanced

In my opinion, it would not be unbalanced for several reasons:

So, for these reasons, I feel it would not be unbalanced to allow for the non-warforged character to use a wand sheath.

If you felt that it might cause an imbalance, you could say something along the lines of “because your wand sheath is homemade, you need a free hand in order to use it. However, sheathing or unsheathing a wand into the wand sheath does not cost an object interaction”. What this would mean is the player would have to use their object interaction to put their weapon away before they can use the wand. If you wanted to justify the reasoning behind that, look at this image of a retractable dagger which requires a free hand to use: 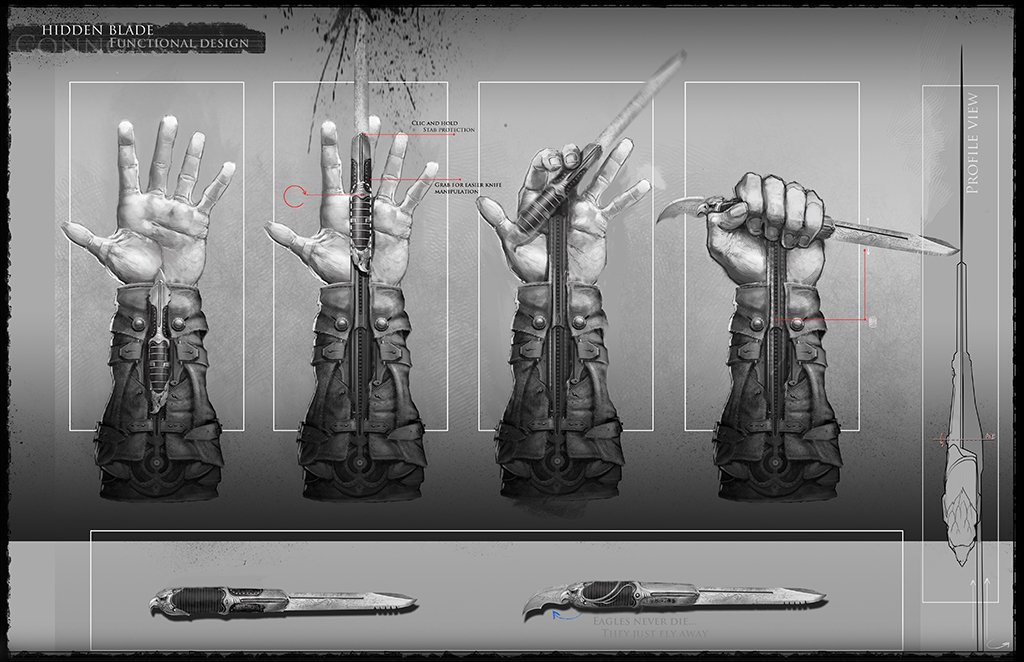 Imagine if that blade was a wand and spun the other way so it was pointing upwards relative to the hand. You could claim this is the reason the homemade wand sheath requires your free hand to use it where as the regular wand sheath design (the one used by the warforged) is significantly different.

It would not be unbalanced, but it would be a house rule resulting in a buff to the player. Allowing it would be better than the War Caster feat's free somatic usage since the player also gains the benefit of the Arcane Firearm, but it's still insignificant in terms of balance because they can only have one action to either use the Firearm or swing the Sword.

You can have them make do within the rules which imposes some drawbacks. If the player has the Sword out and wants to use the Firearm, they can drop the Sword for free, pull out the Firearm as their object interaction, and then use it for an attack. This will result in them not having the Sword ready for Opportunity Attacks, and they'll have to swap back next turn. If they have the Firearm out they'll need to drop it to draw their Sword. In either case, having their alternate weapon on the floor could present a liability and limit their movement if they intend to pick it up. This is how I handle such cases.

As a halfway measure, you could offer the player a Quick-Sheathing Firearm that lets them draw or sheath the Firearm once per turn as a free action. This would have the benefit of not making them drop items on the floor but still limit their readiness for Opportunity Attacks based on whether they had the Sword or Firearm readied last.

I think it would be reasonably thematic and flavorful for a Gnome Artificer to create either the Quick-Sheathing Firearm or a Wand Sheath for themselves.

I dont have enough experience in 5e or DND in general to give you a weighted answer on balance, so I will just state my feelings on this matter.

Given that a Wand Sheath basically allows a user to bypass the 2-items-only limit, and is available to Warforged, I dont think it would hurt balance much if at all to allow another creature to use one.

If you were to consider a limiter for it, perhaps you could rule it to only work with artificial limbs, such as the Prosthetic Limb ,though this would require your player to use 2 attunement slots (though they can eventually attune to 6 items at once).

Not the answer you're looking for? Browse other questions tagged dnd-5e magic-items balance house-rules artificer or ask your own question.

15
If an Illusion wizard casts Phantasmal Force on themselves, can they use the Illusory Reality feature to make things only they can see real?
15
Can a lizardfolk monk use their bonus action to make an unarmed strike using their Bite trait?
14
Why would an Inquisitive rogue choose to use Insightful Fighting as opposed to using their Cunning Action to Hide?
8
Does the Shapechange spell allow one to use Innate Spellcasting of the creature they turned into?
6
Does Freedom of Movement allow one to use their Fly speed Underwater?
10
Would it be unbalanced to allow non-warforged to have armblades if they also have a prosthetic limb?