Is there a guide/reference for possible character hairstyles in D&D Forgotten Realms universe?

I was playing a D&D session as a female cleric of Qotal and, at some point, the party encountered some kind of wind monster. As I tried to cast spells requiring concentration, the DM argued that I couldn't because my hair kept getting in my face and made me unable to concentrate on my spells.

Later on, I told the DM that my character would ponytail her hair but he refused stating that I had nothing to tie my hair with nor have any knowledge of hair-tying, as female characters usually do not tie their hair in the D&D universe.

I am looking for an answer to:

Is there a guide/visual reference or limitations for character hairstyle so that their appearance does not break the lore of the D&D Forgotten Realms universe? Or can I trust Google about medieval tied hairs?

Could any of the following limit my character's choice of hairstyle (to the point where I cannot tie them to a ponytail in particular)?

I am NOT looking for an answer to:

There are many races and cultures on Faerûn, and correspondingly a wide range of styles. Most often, no single hairstyle is listed in the descriptions leaving a large amount of flexibility in generating whatever players desire for their characters. For certain cultures, there are norms, but the norms are very varied. For example, take Thay and Rashemen, two neighbouring countries: Thayans are known to shave their heads, while both male and female Rashemi keep their hair long.

Here are some examples from the 3e Races of Faerun:

You can also find many official characters who had ponytails by doing a web search with the key: ponytail hair site:forgottenrealms.fandom.com. Doing so on Google on Nov 27, 2019 yielded a long list of male characters and one female: Tarntassa. (What this tells about our real world societies would be an interesting discussion topic.)

It is worth noting that the adventuring garb for priests are practical and with or without a helm, deities would allow their clerics to do whatever they need to be efficient in the battlefield. But even for non-adventuring priests in their ceremonial garbs, quite often the hair is not flowing freely. You can find detailed descriptions of the ceremonial garbs for the FR pantheon in the 2e Faiths and Avatars, which also includes beautiful color pictures [pages 5-13]. Garments that leave long hair to flow freely are actually in the minority.

Qotal, the Plumed One, is a Maztican deity. Maztica itself was brought to life by Douglas Niles, who based the setting on Mesoamerican cultures. According to Shannon Appelcline, Niles did extensive research to get the setting "historically accurate" (to the dismay of Ed Greenwood, who preferred a more fantastical Realms). So for the case of your cleric of Qotal, you might get some inspiration from the hairstyles of ancient Aztecs and Mayans. For example, according to Wikipedia article on Aztec clothing:

Aztec women wore hair in two braids that projected in the front like horns ... Women sometimes created a purple highlight in their hair with an herb called xiuhquílitl, and sometimes they shaved their hair completely.

Finally, there is a cute 5e adventure for characters of 4th to 6th level that is available for free on the WotC website. Called The Barber of Silverymoon, the module is indeed about a barber shop and has a list of 20 random haircuts on page 6. Some examples from that list are:

You should be more assertive

Can my character have this hairstyle

It is your character, so ultimately it's up to you. If you say she has a ponytail, she does.

female characters usually do not tie their hair

But your character does. She is a combat cleric, she can't allow an unfortunate mistake (like hair getting into her face) to mess things up in a life-threatening situation. People can die because of such an unlucky haircut, so why take any risks?

The DM's premise is probably false

I'm not an expert, but I believe "women always had long loose hair in medieval times" is not actually true. Long hair have a respective long cultural history, and the ways people cut their hair differ widely from culture to culture. But usually having unfastened hair was bad manners, or had a religious meaning.

As a simple example, the left-most panel of Dombild Altarpiece, as painted by Stefan Lochner — a medieval artist (thanks @guildsbounty for this catch). Note all the different hair-styles. You have buns, middle-of-back braids, loose hair with a hairband, etc. All much, much more complex than a simple ponytail.

Regardless, you play in a fantasy setting, not a historical one. There are no objective factors that prevent you from having a ponytail. Why your DM is so persistent about forcing you to have a particular haircut is another question (but it's probably a bad practice anyways).

Is there a guide/reference for character hairstyle possible in D&D Forgotten Realms universe?

Kind of. Pictures from the 5e Players' Handbook show us a wide variety of hairstyles:

Illustrations from other books are even more omnifarious. Even ignoring graphic depictions, some more supporting evidence can be found in the explicit mention of ponytails in the following two characters from adventure modules (the latter is set in the Forgotten Realms): Aubreck in Ghosts of Saltmarsh "keeps his iron-gray hair pulled back in a short ponytail" and Vhaltus in Baldur's Gate: Descent into Avernus is a character with "red hair in a ponytail" when he is first met (thanks @DavidCoffron for this catch).

Putting it in a nutshell, you can find any kind of hairstyles in Faerûn.

Your DM is making things up to inhibit you as a player because "reasons".

Nowhere in any edition of D&D is "hairstyle" a part of character creation or something you need to track for any mechanical reason whatsoever. As you describe it the GM said long hair in your eyes might hurt concentration. There's nothing at all in D&D rules governing this so its totally a fabrication of the DM. Your DM has
1. given you an additional harship the other players don't
2. gone out of their way to make any logical fix to address the issue inaccessible.

As I see it you have two options:

You can try number 1 first, but honestly I feel like this GM is toxic, petty, and sexist for this situation to even occur in the first place. Your best bet would probably be to just find another table to play at.

(Others have given good answers so I am intentionally ignoring that you specifically requested that we ignore this being about hair in your character's face breaking your concentration.)

the DM argued that I couldn't [cast spells requiring concentration] because my hairs kept getting in my face and made me unable to concentrate on my spells.

Here are the rules for concentration. A relevant portion is below.

The GM might also decide that certain environmental phenomena, such as a wave crashing over you while you’re on a storm-tossed ship, require you to succeed on a DC 10 Constitution saving throw to maintain Concentration on a spell.

This suggests the idea that a DM could say a strong gust makes it difficult to concentrate on a spell. However, it doesn't say it makes concentration impossible, it just says to make it require a Constitution saving throw (the same way you do when you take damage). Regardless of whether they should require a saving throw or not the concept exists.

Is it possible that the "hair getting in your face" was merely the flavor the DM decided to assign to the concentration interruption? Were other characters without long hair allowed to concentrate? If so, I believe the DM just said something about the hair as flavor. If so, the DM should've just said something to the effect of "the heavy wind still makes it difficult even if you have a pony tail".

I have seen a similar thing happen as a player. My DM was using a rule that if you rolled 5 less than the DC when lock-picking then your tools broke. I later learned Mend to deal with them but my DM said that it doesn't work since it's more "jammed" than "broken". The original way he described the break made me think that it worked a certain way but really the point was that he wanted thieves' tools to be ruined in such scenarios. (I think this rule is silly and don't suggest using it, but it illustrates the point.) Once I understood thieves' tools were meant to be consumable in this game things went more smoothly. It's just that the original way the DM described it threw me off.

As such in games I DM if a player suddenly contests on specifics of what I meant to just be a fun, flavorful description of things I will immediately explain that it was just flavor, but the thing still happens. This way no one's time gets wasted and players hopefully don't feel cheated. Flavorful descriptions are still fun though and I don't suggest throwing them out.

If a player contests something that wasn't just flavor then that's fine and I'll hear them out. As an example, say your character is wearing shoes but I thought they were barefoot and I said that running across rocks slowed you down some. You remind me that you're actually wearing shoes. I didn't plan for the terrain to actually be considered difficult terrain, so I let you move the full distance you normally would. Because of this, it's still important players contest things that sound fishy to them. Yes, the DM gets the final say, but the DM can still make mistakes.

Given the narrow view from the question it's hard to say, but it's possible all this business about what kind of hair you are "allowed" to have just resulted from a back and forth disagreement about whether you should be allowed to concentrate or not and the DM never backing down about the hair being the cause and never saying the wind was the real culprit. 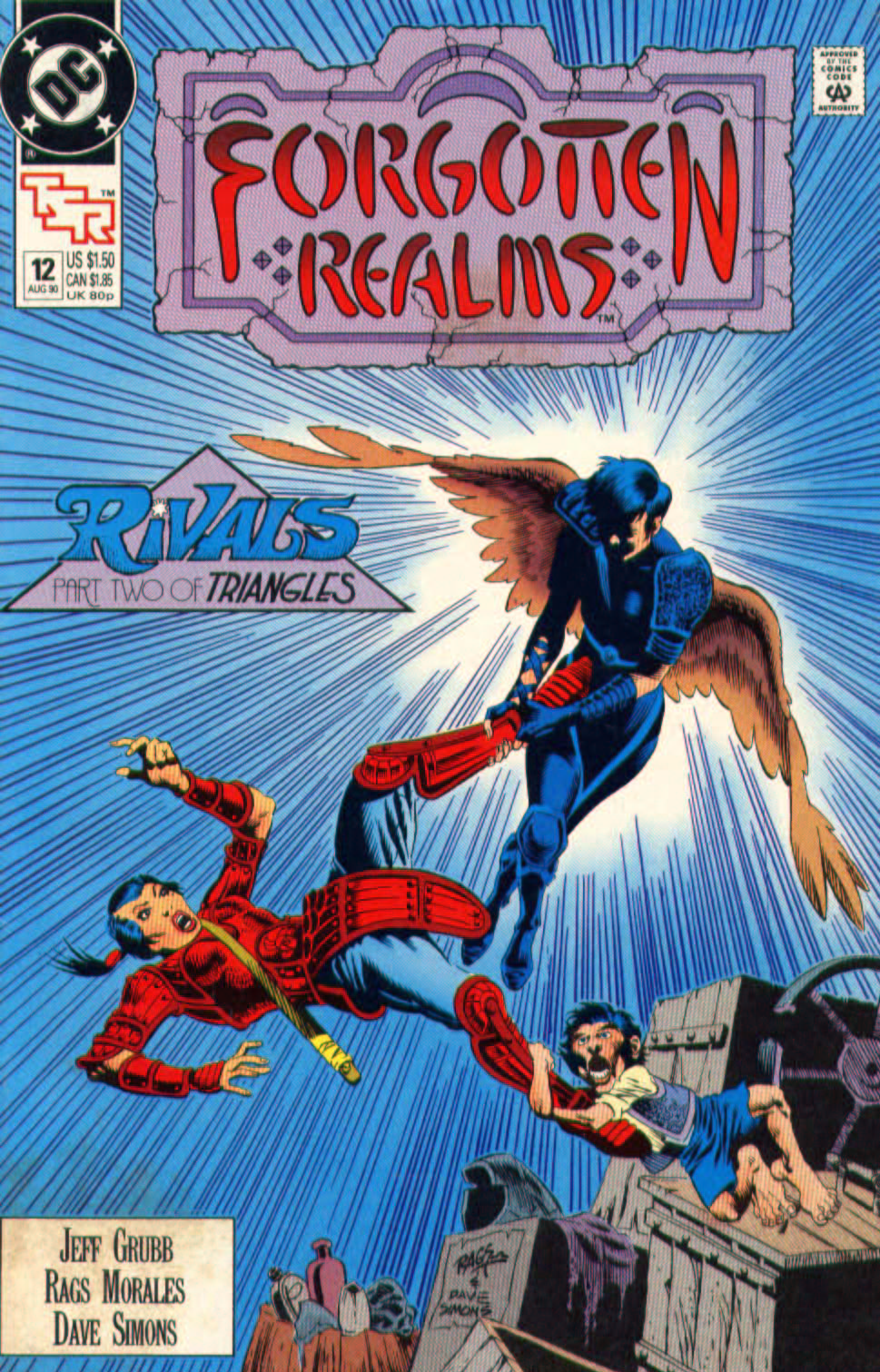 There are already several good arguments about hairstyle being more varied than depicted in old, pin-up and romance novel influenced D&D art. Women in all cultures know how to get it out of the way, since their INT is over 1. All that aside, if, like most clerics, you are wearing armor, you probably have a helmet on. With your hair under the helmet and most likely under an arming cap or coif, flyaway hair in your face is not an issue, even if not tied up.

If you have hair, without elastics, cloth, or any other aid, hair can simply be braided to stay out of the face. Braids are common in every culture because every humanoid society has hair and hair being made of strands of hair can be braided.

Hair in real human history there is evidence of braiding from 30,000 years ago. That is thousands of years before the medieval period (5th to 15th century).

Dating back to at least ancient Egypt, people used animal fats to style hair. Wax and tree resin (gum arabic) have been used throughout history and continue to the present.

Not the answer you're looking for? Browse other questions tagged character-creation dungeons-and-dragons lore forgotten-realms or ask your own question.

74
What is Player Agency and what is it good for?