I'm about to run The Sellswords of Punjar by Goodman Games - the PCs will enter Cutpurse Alley (my version shown here:) 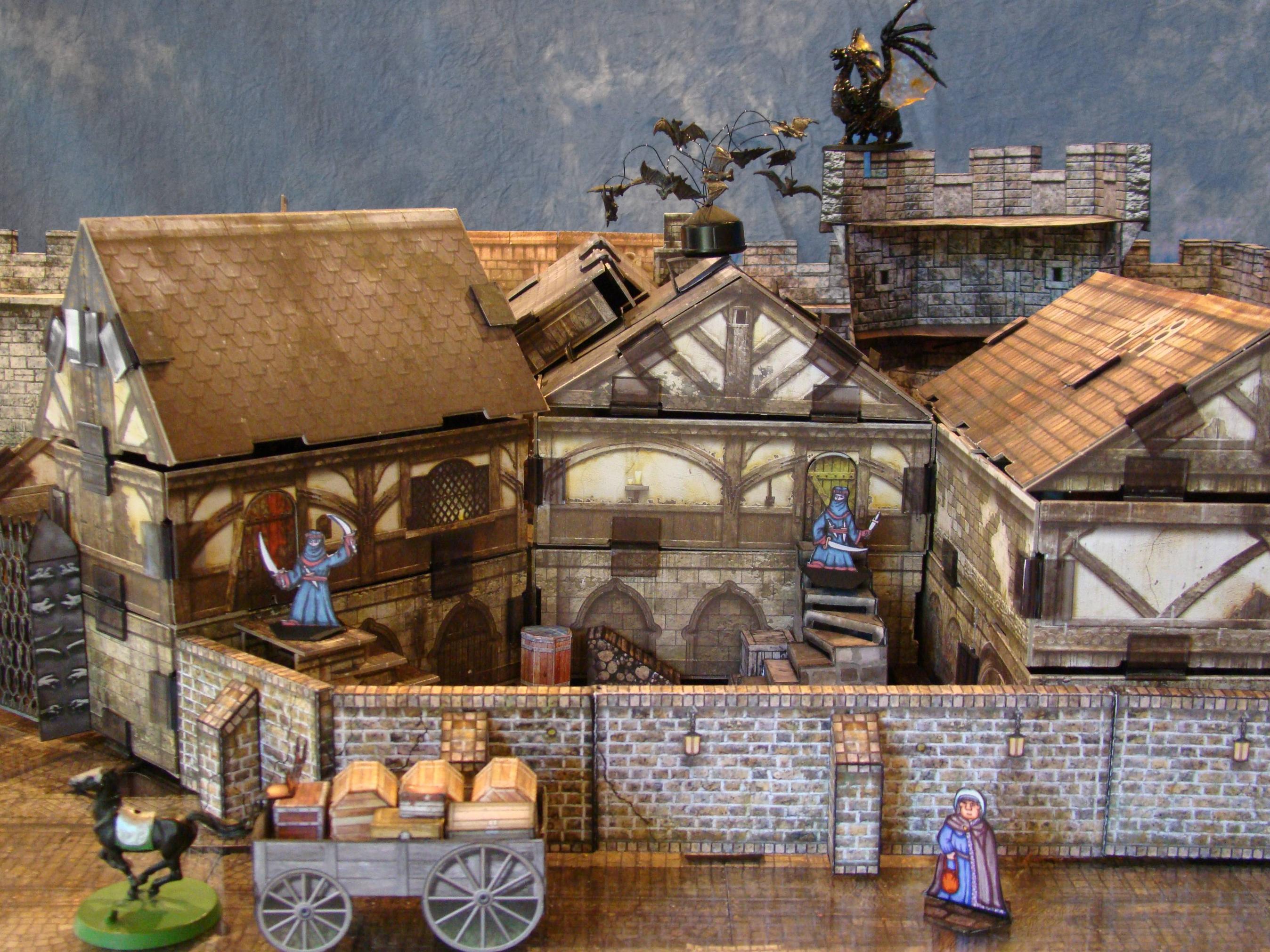 Here, crossbowmen can make attacks from second-story windows, assassins appear from any shadow, and no area is safe to rest unless every entrance is guarded and warded. Once alerted, the defenders will not passively sit by, waiting for the heroes to attack at their leisure. Rather, the beggars will launch repeated assaults on the heroes in an effort to wear them down, denying PCs the chance of an extended rest. [emphasis mine]

This is an assault on a lair: There are going to be up to 22 encounters and, as written, it is entirely possible that they won't be able to take more than one or two rules-as-written extended rests without stretching the fiction till it breaks. Besides, I like the idea of having to press on quickly to build the tension - but that's going to result in a TPK somewhere around the 4th or 5th encounter.

Since extended rests are required to recharge daily powers and recover surges, they are critical to get through this much content.

What techniques have you seen used to restore personal daily powers and healing surges that don't require 6 hours of uninterrupted rest?

Though the party at present is a Rogue, Bard, Paladin, and an Artificer (who can at least recharge an item daily power), solutions that work for all groups are welcome.

There are 2 main techniques I'm familiar with.

Both options can also be fluffed as a blessing from a deity or other powerful entity on whose behalf the party is working.

Most methods of recharging powers/surges/etc outside of an extended rest require a Deus Ex Machina. That's not to say that it's a bad thing, just that it's probably going to involve deities and might feel a little more helpful than the players want or deserve. Here are some that I've seen used in my game to give PCs a boost without seeming too much like the DM giving you a helping hand:

There are some other options if you want to try those. First if you stagger safe places to rest with level ups (with 22 encounters you're party should be ready to level up somewhere around twice) you may not even have to do anything if you let your party fully heal up on level up.

Last thing to keep in mind. This is obviously a module designed to test PCs and tax their resources to the extreme. It's probably worth it to see how the first session goes with any chance at extended resting (and I'd make it clear at least implicitly that extended rests will be hard to come by in this area). Let them go a session with no rests and see where they are at, and then if you feel like they are incredibly over taxed heading into session 2 then give them some opportunity to rest or recharge during the session. (our typical session is 2-3 encounter, that's usually the point at which 4e resources start to run down at low levels).

My mini-campaign 4e experience is comprised exclusively of fourthcore adventures. While they usually only contain about 5 combat encounters, they are HARD. There are also many puzzles and traps which can exhaust just as many resources from a group of PC's as combat does.

It is a common rule throughout most of fourthcore that extended rests are not permitted. But there's no way a group could feasibly make it all the way to the end without some sort of opportunity for recuperation - and that's where the rewards come in.

Many of these things could be nearly game-breaking if they were readily available to the PC's, but by handing them out as unique rewards it becomes more of a resource attrition game with some awesome perks rather than a balls-to-the-wall slashfest with periodic sleepy-time breaks.

Note: Some of these are inspired by fourthcore, others are my own ideas.

Since you're obviously already outside of RAW with these suggestions, the possibilities are endless. The benefit of doing things this way is that it puts power in the PC's hands, rather than just handing out an extended rest for free which carries the sting of D.E.M.

Not the answer you're looking for? Browse other questions tagged dnd-4e healing rests .

27
How do I prevent retreating to rest and heal from being tedious?

8
Adjusting Combat Balance
24
When to allow long or short rests?
1
Does Iron Vigil really allow an extended rest at any time?
23
How do long rests work for small parties?
76
Our DM keeps interrupting our long rests
7
Do spell preparations or extended rituals interfere with a long rest?
13
Can a multi-hour short rest count as multiple short rests?
17
How many short rests can you take per day?
36
How do I prevent my players from abusing long rests?