Have filled in my character sheet properly? [closed]

This is the second character I've ever made and I was hoping that I could get someone to check it over, to make sure it was done right. It may not be what you'd choose as your class or race, but I just want to know if I filled it out properly. 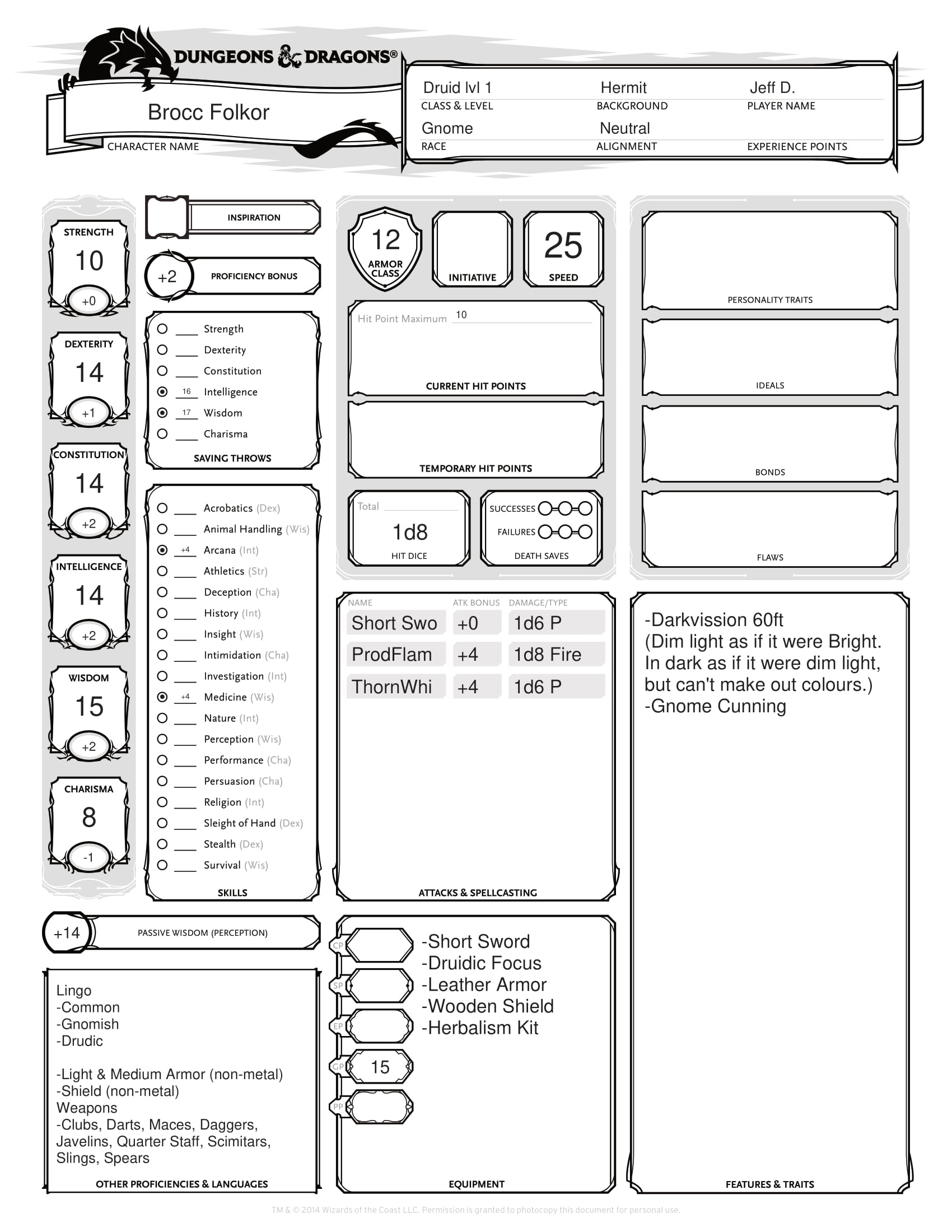 I'm assuming you are tracking your spells on a different page.

Some things are missing.

Either would suggest that your ability scores used the Standard Array (15, 14, 13, 12, 10, 8) which is usually what the Players Handbook specifies.

Saving throws are modifiers to d20 rolls, and are calculated as the ability score modifier + your proficiency bonus (+2).

Not the answer you're looking for? Browse other questions tagged dnd-5e character .

18
How do I create a D&D character correctly as a total newbie?
15
How do I calculate my skill modifier?

6
How does a character become magical in the Dresden Files?
28
How to suggest to my DM that the climbing challenge may have been a bit extreme
1
Did something very uncharacteristic, not sure where to go (Contains Jade Regent spoilers)
184
Player claims their wizard character knows everything (from books). Solutions?
20
A player is unhappy that people are playing the same class. Did I do something wrong?
42
Do I have to worry about players making “bad” choices on level up?
31
How do I deal with my group having issues with my character?
23
My characters, though different classes/races/etc., always seem to have similar personalities. Is this a problem, and, if so, how can I fix it?