Is there an celestial equivalent to an imp/quasit?

Introduced in the early editions of D&D, imps and quasits were presented as devil/demon familiar options for evil spellcasters, and as of fifth edition, this aspect of them hasn't changed.

However, I could never find a similar creature that was good aligned, or more appropriately, tied to celestial creatures/plane that can act as a familiar. Is there one?

If one such creature doesn't exist, it is good enough to present good-aligned extraplanar creatures that share similar traits to imps/quasits such as:

In Advanced Dungeons & Dragons, a magic-user that casts the spell find familiar could gain a special familiar according to the caster's alignment if the DM rolls (in secret, naturally) exactly 15 on 1d20. (To be clear, a result of 1–14 yields a more pedestrian black cat, crow, hawk, screech owl, toad, or weasel, and a result of 16–20 yields no familiar—better luck next year!) Special familiars include a quasit for a CN or CE caster, an imp for a LE or NE caster, a brownie for a LN or LG caster, and a pseudo-dragon for CG, NG, and N casters. In other words, the early game didn't seem to think it necessary to extend special familiar parity all the way to making all special familiars extraplanar.

(The Player's Handbook for Advanced Dungeons & Dragons, 2nd Edition (and, by extension, the Wizard's Spell Compendium) eliminates the possibility of special familiars from the find familiar spell. A result of 15—20 meant trying again later.)

Dungeons & Dragons 3.5 allows a caster of good alignment to gain as a familiar either a coure, a lantern archon, or a musteval

In Dungeons & Dragons 3.5, the imp (Monster Manual 56), a devil, and the quasit (46), a demon, are available to lawful and chaotic evil arcane casters, respectively, that take the feat Improved Familiar (Dungeon Master's Guide 200) and that possess an arcane caster level of at least 7. Further, the formian worker (108–9), a formian (obviously), or any mephit (MM 180–5 et al.) is available to a similar caster that possesses an alignment of LN or N, respectively. (Mephits in general are made available by page 78 of Complete Scoundrel.) Both the formian worker and mephits, however, possess size categories of Small rather than Tiny.

By comparison, an appropriate creature that possesses an arcane caster level of at least 7 can take the feat Celestial Familiar (Book of Exalted Deeds 41), dismiss her current familiar if any, and perform the 100-gp familiar-summoning ritual to gain either a coure (Book of Exalted Deeds 168–9), an eladrin; a lantern archon (MM 16), an archon; or a musteval (BE 174), a guardinal depending on if her alignment is CG, LG, or NG, respectively. (It's a mystery to this 3.5 fan why the feat Celestial Familiar even exists when other texts just expand the options of the feat Improved Familiar, but that's 3.5 for you.) The lantern archon's size category is Small, but the other two are Tiny.

A lantern archon is pretty much just a ball of light, but the Book of Exalted Deeds has evocative illustrations of the coure and of the musteval. 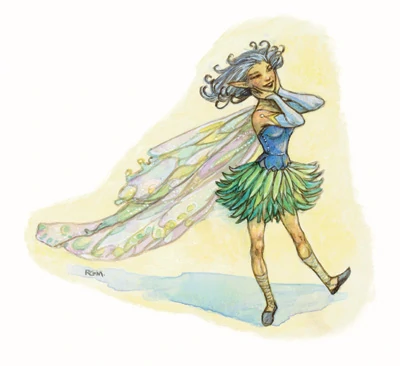 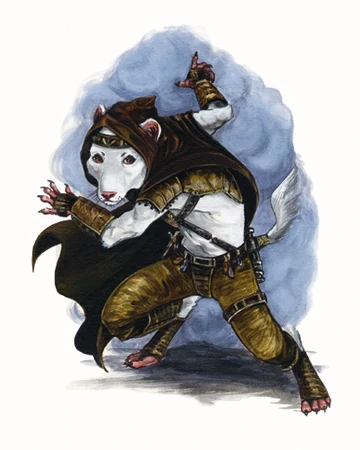 (Both creatures are about the size of a typical real-world house cat.) All of these 3.5 creatures are extraplanar in origin. To my knowledge the CN alignment is unrepresented. There's no option for a kooky CN magician to have as a familiar, for instance, a Tiny extraplanar slaad-like creature. (A side slaad?)

Mustevals are neutral good celestials, who are tiny humanoid-mouse like celestials who can disguise themselves using change self. They are spies and messengers of more powerful celestials, and the Harpers know of rituals to summon them for aid, for up to a year.

That, to me at least, sounds a lot like getting a tiny familiar for a year, and it could even perform much of the same role as an Imp could. It lacks any stats outside of D&D 3e, but that is something that can easily be houseruled.

Closest in 3.5 is probably a Lantern Archon. They're CR2, small rather than tiny though. Avalable via the Planar Familiar feat in the Planar Handbook.

Draconic Familiars. Mages often seek out pseudodragons, whose agreeable disposition, telepathic ability, and resistance to magic make them superior familiars. Pseudodragons are selective when it comes to choosing companions, but they can sometimes be won o~er with gifts of food or treasure. When a pseudodragon finds an agreeable companion, it bonds with that person as long as it is treated fairly. A pseudodr.agon puts up with no ill treatment, and it abandons a manipulative or abusive companion without warning.

Not the answer you're looking for? Browse other questions tagged dungeons-and-dragons familiars or ask your own question.

4
Is there a map for the feywild equivalent of Faerûn?
4
Imp familiars Invisibility affecting a PC
15
Can a Pact of the Chain Warlock have a celestial imp as a familiar?
7
Can a 5e Warlock's Imp Familiar fire a crossbow?
11
Can I cast Darkness on my imp familiar?
0
Does the decoy familiar archetype stack with improved familiar if the familiar can't speak and does not give a variable bonus
2
Is there a way to turn an Imp into a ranged-attack familiar?
4
What ability is raised by an imp familiar?
5
Can a Pact of the Chain warlock cause their imp, quasit, or sprite familiar to reappear (from its pocket dimension) in an invisible state?
0
Can a shapechanged quasit use the blindsight of the bat form?