On a grid, what is the area of effect of the Spirit Guardians spell?

I'm unclear on what the area of effect of Spirit Guardians is on a grid.

Additionally, the description of the Spirit Guardians spell says:

You call forth spirits to protect you. They flit around you to a distance of 15 feet for the duration.

The problem here is that on a grid, an "area of effect with a 15-foot radius" is not the same as a "all targets within a distance of 15 feet".

An area of effect with a 15-foot radius would fall under the general rules for areas of effect on a grid (DMG p. 251), for example as discuss here.

The later could be interpreted as a range of 15 feet, or 3 squares away on a 5 feet grid.

On a 5-foot grid, what does the area look like?

Does it take one of the following shapes? 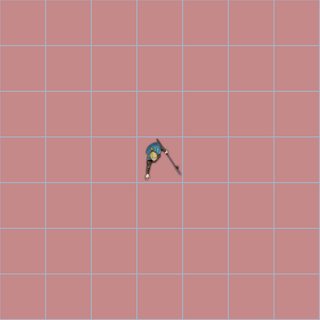 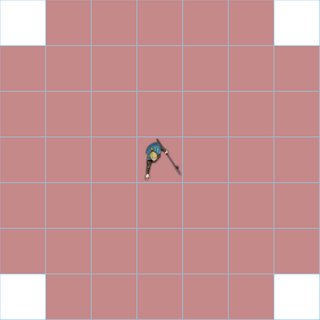 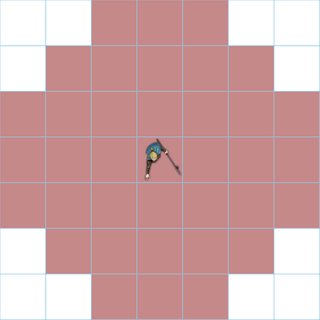 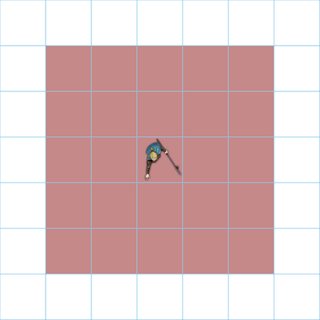 This is not a duplicate of the question "When playing on a grid, how many Medium creatures fit inside the area of a Scroll of Protection's barrier during combat?"; the Scroll clearly has a cylinder area of effect, while the Spirit Guardians spell affects targets 15 feet away from the caster.

Under these rules, the area of effect of a spell originating from the center of a square would resemble the fourth example you've given.

That said, if you find yourself lacking a graphing calculator, at the time of play or are simply looking for a quick, effective solution, the groups I've played in have found success using the optional diagonal range rule from the DMG pg. 252 for determining distance along diagonals, which reads as follows.

This pattern is repeated in the same way for each following diagonal step.

While this is most often applied to movement, it also works well for determining the radius of a spell, as, in general, it's a fairly decent approximation of the Pythagorean Theorem. This results in a radius for Spirit Guardian that will most closely follow the third example you've provided.

As you may have noticed, this approach does not strictly match the first rule. The speed and ease of the optional strategy, however, is great enough that my groups have almost always found it preferable to the standard rule.

26
Does the radius of the Spirit Guardians spell depend on the size of the caster?
13
What space does the spell Cloud of Daggers fill?
14
20 foot square versus a 20 foot circle on a battle mat
11
How many enemies can I hit with a Cloud of Daggers?
13
Does an aura affect all creatures including ones only partially in the aura?
10
How to measure on a grid the area of a sphere area spell or effect centered on a creature?
6
When playing on a grid, how many Medium creatures fit inside the area of a Scroll of Protection's barrier during combat?
3
How many squares on a 5-foot grid does a 5-foot radius spell affect?

4
When a spell has no defined shape, what shape does it take?
3
How many squares on a 5-foot grid does a 5-foot radius spell affect?
11
Does a Hallowed area stop Spiritual Guardians from appearing?
10
How to measure on a grid the area of a sphere area spell or effect centered on a creature?
26
Does the radius of the Spirit Guardians spell depend on the size of the caster?
6
When playing on a grid, how many Medium creatures fit inside the area of a Scroll of Protection's barrier during combat?
8
When using the Wall of Fire spell, what shape is a ringed wall on a grid?
7
On a self-targeted spell like Spirit Guardians, can the caster change the intersection corner on a grid?
7
Does the fact Spirit Guardians has range self, affect whether the area of effect goes around corners?