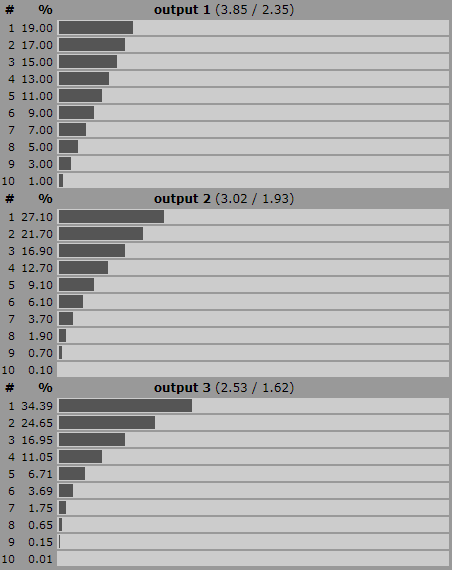 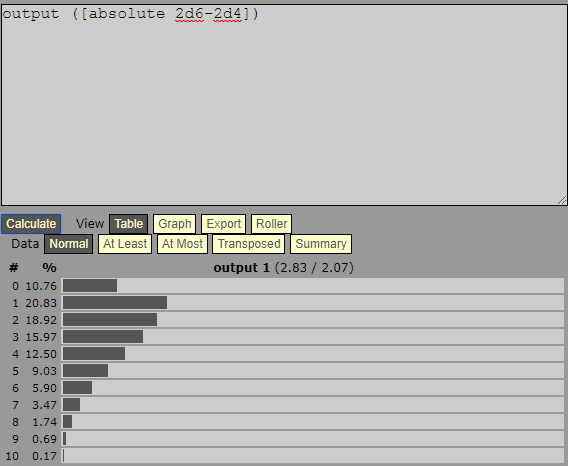 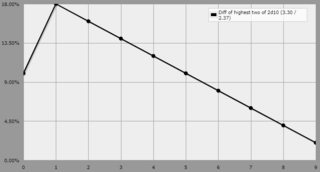 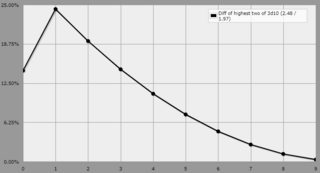 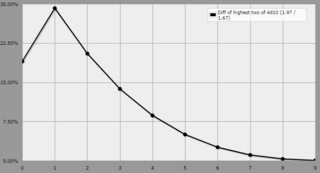 54
Is it possible to produce a bowl-shaped probability curve with dice rolls?
5
Calculating dice pool probability with limited rerolls
59
Is it better to take the array and be Joe Average, or to roll for the odds of getting on average better scores?
7
Dice pool success probability with one exploding die
5
Help with probability for a complicated dice pool mechanic
25
How can the probability of a fumble decrease linearly with more dice?
56
How to approximate rolls for potions of healing using only d6's?
5
Is it still a binomial distribution when rolling dice with different probabilities that must be met to count a success?
14
When performing a group check, is it better to have an even number of creatures?