How does the size of the Gold Dragonborn fire breath weapon work?

I know that the gold dragonborn in D&D 5e have a 15ft cone as breath weapon, but is that 15ft radius cone or 15ft diameter cone?

Cones are described in the PHB (p. 204) at the end of Chapter 10 under spellcasting:

While confusing because this is under spellcasting and the Dragonborn doesn't use a spell to do this, the mechanics of cones/lines/cubes/cylinders/spheres all rely on the mechanics described in that section.

And in this case, Width is the same as Diameter.

A cone has a height (length) equal to its diameter (width) 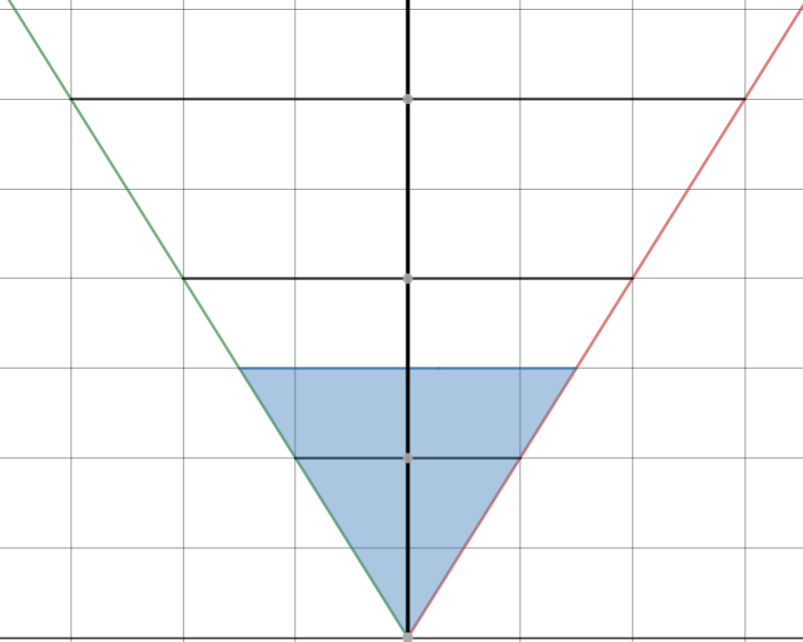 Thus the 15-foot cone in question would be found by moving three squares away from the point of origin and then moving 1.5 squares in both directions. This is outlined in blue.

Note also that the cone pictured here is two-dimensional while in reality the cone would be three-dimensional. Though using cones fully in three-dimensions gets quite confusing as the line extending from the point of origin need not be parallel to the ground.

Not the answer you're looking for? Browse other questions tagged dnd-5e racial-traits dragonborn or ask your own question.