A few years ago, I wrote a homebrew campaign. For a few levels of the campaign, the players are teleported from a city within the Forgotten Realms setting into another dimension of the multi-verse. I described the dimension as a group of floating planets, islands, and rocks near to the stars and other celestial bodies. I based a lot of it on the Outlands, from World of Warcraft's The Burning Crusade. 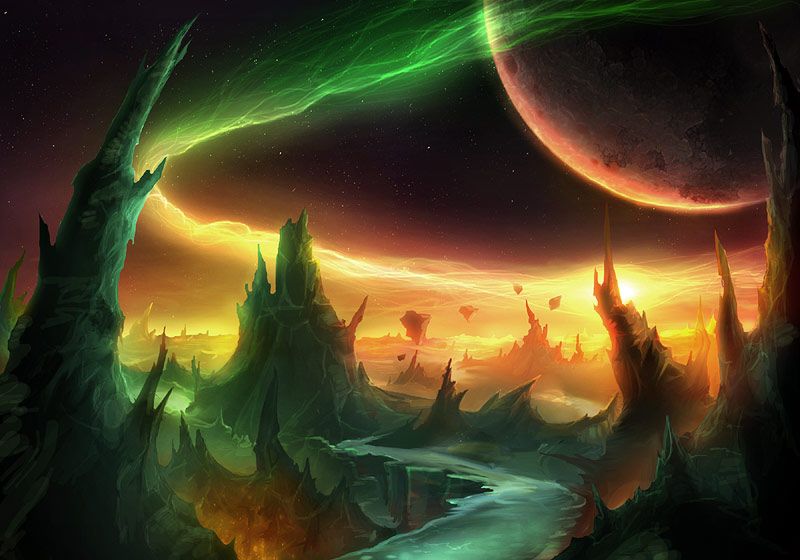 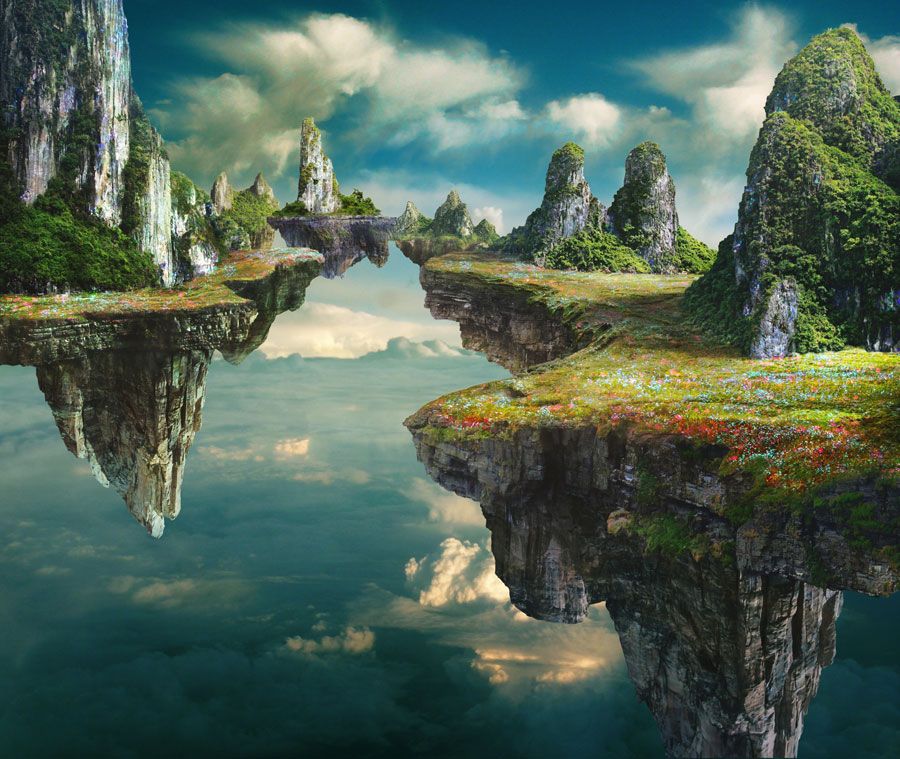 You could fly around from island to island using native giant squid as means of transportation. Fractured planets with unconventional physics could be found, from floating islands, to actual spherical islands (with gravity), to islands with a river that flowed against gravity.

I am currently formatting my campaign for publishing, and I was wondering whether there is already a similar dimension, plane, or setting in the D&D multiverse which I could use as a base and modify from there. I prefer basing things on D&D lore instead of Warcraft because I feel it will be better for readers that want to explore additional lore.

Has there ever been something similar in published D&D settings?

The problem with recommendation questions is that everyone can put down their favorite candidate and it just becomes a popularity contest.

On the other hand, a comprehensive list doesn’t have those, so here’s an attempt at one:

This cosmology is often referred to as the Great Wheel, since the emphasis is on the ring of Outer Planes.

Acheron is the Lawful-by-Lawful-Evil Outer Plane, between LN Mechanus and LE Baator (the Nine Hells). It’s described as a series of floating cubes, where gravity always points into an edge, and upon which an endless war is waged. The cubes move randomly and even collide at times, and various nasty weather accompanies the misery of the trenches.

As you might guess, the elemental plane of Air consists mostly of Air. Gravity is subjective here, and “bubbles” of impurities can be found—vast spheres of water or other liquids, floating chunks of earth, and so on.

Gehenna is the Evil-by-Lawful-Evil Outer Plane, between LE Baator and NE Hades, and it consists of a series of massive mountains floating in an endless void. There are no natural surfaces that are less steep than 45 degrees, and the entire plane basically exists to drag everything down. You can carve out a place for yourself, but it is always precarious.

Smoke, as the paraelemental plane between Fire and Air, is rather inhospitable (though perhaps not as much as Fire’s pure relentless heat), but there are floating chunks of charred land found within the choking gases.

Wizards of the Coast, of course, also publishes Magic: The Gathering, which has its own “multiverse,” and consists of numerous planes without any particular connection to one another (and, for the most part, only the mighty planeswalkers can travel between them). Recently, they have begun publishing some Magic planes as D&D campaign settings. At least one of them applies here:

Plane Shift: Zendikar describes Zendikar, a plane of incomparable wilds and energy, where the magic infused into the very land has much of it pull itself up out of the crust, and float freely above the world. The energy of the plane has been a substantial draw to planeswalkers and other, even more dangerous interlopers.

I can think of several planar possibilities, but none of them cover all of Outland. Any given zone of Outland, however, would be far easier to find inspiration for. For example, Hellfire Peninsula bears a strong resemblance to Avernus, the first of the Nine Hells. Nagrand is probably more like the Feywild. Zangarmarsh could draw inspiration from Shedaklah, the layer of the Abyss ruled by Zuggtmoy the Fungus Queen.

My advice for what you have in mind would be a deep dive into both the Sword Coast Aventurers' Guide (with its excellent detail on the Great Wheel Cosmology) as well as Mordenkainen's Tome of Foes, for his insights into the Abyss and the Nine Hells. Find the 'canonical' planes that resemble Outland's (very) different zones, and make changes according to your needs!

Not the answer you're looking for? Browse other questions tagged dnd-5e dungeons-and-dragons campaign-settings .

13
What stands out about an Iron Age setting?
26
Creating the setting with the players
5
What product(s) do I need to start with the Pathfinder Campaign setting?
13
Do any studies exist that show what the most popular RPG setting genres are?
5
What resources detail other planets in the Pathfinder Campaign Setting
16
Is the D&D universe the same as the Forgotten Realms universe?