How much can changelings alter the length of specific body parts?

Like with disguise self, changelings can alter their total height by 1 foot. So they could make both their legs 1 foot shorter, and that would work. In theory, they could even turn both their legs into little stubs, with a 1-inch-tall torso, as long as they elongate their neck to be about 5 feet long.

But what if a changeling wanted to take on the guise of a certain pirate, who's missing a single leg? In other words, leave their total height the same and keep one leg the same length, but make the other leg into a little stub. That's a change of more than 1 foot (erm, so to speak), but it isn't explicitly a change to their height, since their remaining leg determines how tall they stand.

That is to say, is there anything stopping a changeling from growing out 50 feet of hair so the party can cut it off and use it as a rope? Or, similarly, causing their arm/fingers to become 50 feet long to manipulate items from the opposite side of a room? Or causing their tail to grow from 0 inches to 50 feet for no particular reason other than giving me another body part example for presumably the same rule?

And then, what about doing all of the above at the same time? 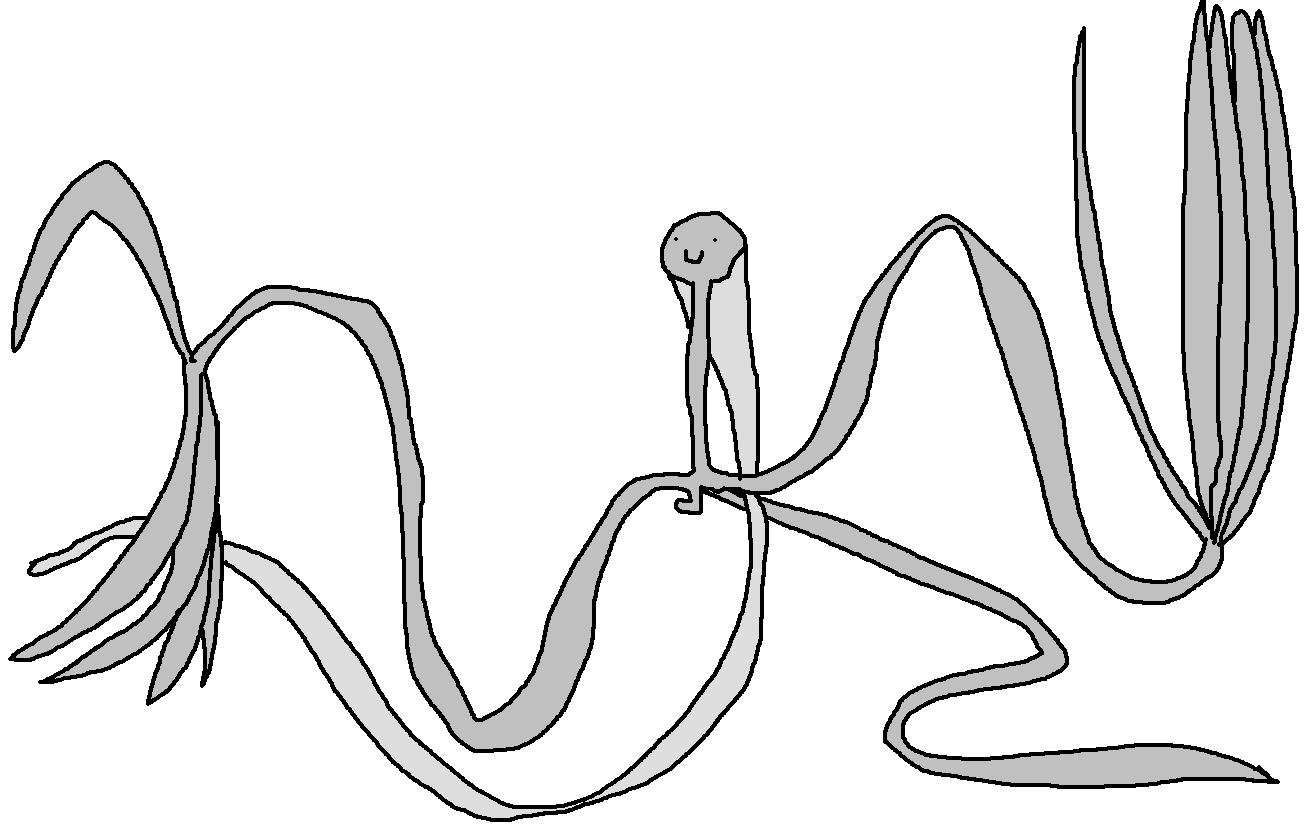 A changeling possesses the supernatural ability minor change shape that's like "a disguise self spell that affects their bodies…. This ability is not an illusory effect but a minor physical alteration of a changeling’s facial features, skin color and texture, and size, within the limits described for the spell" (Races of Eberron 41 and emphasis mine).

The 1st-level Sor/Wiz spell disguise self [illus] (Player's Handbook 222), in part, says, "You can seem 1 foot shorter or taller, thin, fat, or in between. You cannot change your body type. For example, a human caster could look human, humanoid, or like any other human-shaped bipedal creature." (Like most examples, this is omitted from the linked version of the spell that's from the System Reference Document.) To be clear, a changeling's normal form is that of a human-shaped bipedal creature. Further, it says, "You could add or obscure a minor feature or look like an entirely different person" (ibid.).

Thus a DM would have to ignore the examples—or have an extremely open-minded definition of "human-shaped bipedal creature"—to allow a changeling through the use of the supernatural ability minor change shape to assume the form of literally nonexistent creatures like some the question describes. For example, so far as I'm aware no official human-shaped bipedal creature possesses two stubby legs, a 1"-long torso, and a 5-ft.-long neck. Such a thing isn't a human anymore but a human except. Everything—anything—after that except is entirely at the DM's discretion. And I'd go to the table anticipating the DM to say no to most excepts that I propose.

Even were such a creature like the example above to've been published, a really strict DM could rule that, given its proportions, such a creature just isn't human-shaped. I mean, imagine if a TV show had a witness describe a creature that looks like the one in the question's illustration, but the witness ended that description with But, other than that, it looked just like a normal dude! That's not drama but comedy, not X-Files but Ghosted.

A DM that nonetheless allows a changeling to change form into nonexistent creatures—like a creature that looks human except for its 50-ft.-long hair, 50-ft.-long fingers, and 50-ft.-long tail—runs the risk of having set a soft precedent of allowing other form-changing effects to do the same. This makes form-changing effects—already one of the game's most difficult-to-manage areas—even more powerful. (By the way, even were this DM to allow such forms—and he wouldn't—, he'd still nix a tailless creature using the effect to add a 50-ft. tail; in this DM's opinion, that's not a minor feature but a major one.)

In addition, the disguise self spell and, by extension, the minor change shape ability probably can't obscure a human-shaped creature's limbs. It's unclear what the disguise self spell means when it says, "You can't change your body type," but the DM may rule that that alone prohibits removing limbs. Also, I'm sure that most folks consider a limb more than a minor feature, and that means limbs can't be obscured by the effects. Keep in mind that limb loss in 3.5 is usually either a narrative device or a choice, 3.5 having removed most of previous editions' causes of dismemberment. Two-legged human pirates should vastly outnumber the one-legged ones.

Finally, a "changeling reverts to his natural form when killed" (RE 41), but the supernatural ability alternate form that the ability minor change shape resembles says, "A creature using alternate form reverts to its natural form when killed, but separated body parts retain their shape" (Monster Manual 305). With this in mind, this DM would likely allow a changeling to use the minor change shape ability to change form into itself but with Guinness-long hair (probably with a maximum length of 20 ft. for humans; see here), cut that hair, and have that cut hair continue to exist afterward. This DM can imagine free raw materials for crafting rope unbalancing a campaign eventually, but that doesn't sound like the kind of campaign this DM would enjoy running.

The "Minor Change Shape (Su)" ability is explicitly based the "Disguise Self" spell and describes customizing your new form by the line;

This ability is not an illusory effect, but a minor physical alteration of a changeling’s facial features, skin color and texture, and size, within the limits described for the spell.

Looking at the "Disguise Self" spell (Player's Handbook, page. 222) however we get very little on what sort of changes you can make, only limiting you to your type, within 1 ft of original height, fat or thin, add or obscure a minor feature, look like an entirely different person or simply "like any other human-shaped bipedal creature.".

Ultimately it is a DM call only limited by what your DM accepts as "like any other human-shaped bipedal creature.". Medium Humanoid strecthes from Grimlock over Gargoyle to Sahuagin, so i don't think it would be a stretch to grow extremely long hair or claw-like fingers.

It is worth noting that this change doesn't change your capabilities, so while you may get 50 feet fingers from a lenient DM, you do not get the reach to operate on anything more than 5 feet away.

As it is also described in "Eberron Campaign Setting" that "A changeling reverts to her natural form when killed.", this DM would rule that any cut hair or other appendages would revert to their basic form. If you normally have 1 feet hair, grow it to 50 feet and then cut it, i would have the cut hair revert to 1 feet.

Not the answer you're looking for? Browse other questions tagged dnd-3.5e racial-traits shapeshifting changeling .

13
How much does a large monstrous spider weigh?
7
Can changelings change shape to look identical to a specific person?
1
Is this homebrew Dryad Sapling race (including its subraces) balanced compared to the official published races?
1
How does a Doppelganger monster's Shapechanger trait differ from the Changeling playable race's Change Appearance trait?
9
Can the Changeling race change specific body parts?
15
Can a naked Changeling use its Shapechanger feature to duplicate the appearance of clothing?
4
Are there ways Changelings can overcome their shape-shifting limitations?
5
Can a Changeling with the Actor feat have permanent advantage on Performance and Deception checks?
4
How exactly does a Changeling's shapeshifting work?
13
Is this modified version of the changeling's "Shapechanger" trait fair?