How to deal with a GM who favors other players

I have seen plenty of GMs write about how to deal with problem players, and I suppose I should ask about a GM who favors some players over others.

It's only natural if you have a more rich backstory to get favored as a character, especially if your character is more chaotic and causes more problems, but the problem and chaotic character of our group tends to get the most attention, the most development, and solo sessions on their mission after splitting from the group. The GM is happy to play solo sessions with them, and have multiple conversations with NPCs for long stretches of time while the rest of us sleep or are left unaware. The character is always targeted by enemies, gets weapon upgrades and spell upgrades, and has the most development overall.

I have talked to my GM about this, who dismissed my concerns. I have also talked to the player about this, who apologized, and then continued. I know I am not the only one who feels this way, but the thing is that my concerns get brushed off as complaining for complaining's sake. The most frustrating part is getting told to be more considerate of other players whenever my character causes conflict. It just feels like favoritism, and I don't know how to deal with it besides just grinning and bearing it.

If you are not enjoying your game, leave and join one you will enjoy.

If leaving is worse than staying then put up with it.

You’ve raised your concerns and they have been dismissed or ignored. It follows that a) your concerns have been forgotten or b) they aren’t important to the other people. If a) you can raise them again -behaviour change is hard and people do need constant reminders. If b) you know where you stand.

Any applicability of this advice to relationships, jobs etc. is purely coincidental.

I think talking about it is still the right answer, but it may be a lack of tools that is a root cause of the lack of response. I like to assume that everyone involved wants to help, but they didn't because they didn't know how, or the difficulty of what you asked seemed too high. So let's see if we can get some tools to help.

My first thought is that if the problem is spotlight hogging, then working on improv skills with the spotlighted player sounds like a good idea, especially if they were sorry and do want to include you. To that end, I'd recommend: Improv For Gamers. That book has a bunch of improv skills, many of them designed to help people include other players and get good at passing the spotlight around (such as "Golden Goose", which has a video demo on the site). They also are a lot of fun just by themselves. (Also available here, as the Covid virus has put some constraints on the publisher). 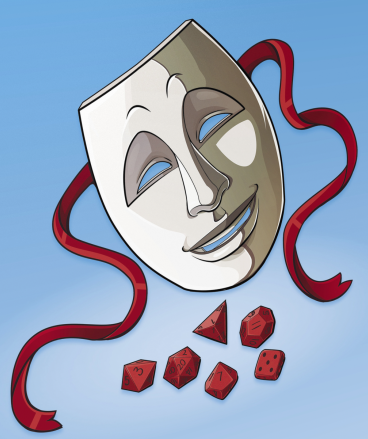 Secondly, find out what your GM enjoys about interacting with PCs, and see if you can tempt them with that for your character. True, it may be different than what you want, but it can also be a fun challenge to figure out how to play your character in a way that is both interesting for the GM and true to your intention for your character. You'll probably find that your character suddenly has a lot more depth and realism than before, and my be more fun to play.

This is a good chance to play up character alignment if you want, or even challenge your character alignment, causing them to maybe change. Eventually one of the characters will be forced to either change behavior or learn something new about themselves or how the world works. That could happen after a major setback too, which would give a character a redemption moment. Not saying this is easy, but if you pull it off, the GM would probably notice your character more :).

Additionally, you could also ask the GM to make it an official plot point: the spotlight player's character is in-game favored by fate, some sort of chosen one, or something. Then your party characters can act in response to that in a way that makes sense. By the GM acknowledging it, it is at least now expected that the GM will spotlight that player. But your characters don't have to like it :). Or maybe they will, and pledge fealty, and make it their mission to serve. Depends on how you want to play it.

If you have some reason you haven't mentioned here for wanting to continue with this GM, you need to be a LOT blunter in the discussion. One way to go:

Madame Allesandra seems to be the focus of the plot - she has gotten 85% of the interactions and loot in the last 3 sessions. This isn't much fun for the other players; it feels like our characters are being crowded out. Is there a way you can give the other players more to do, maybe a breakout session without her?

As an alternative, consider turning the campaign into a Troupe System, where different players may control the same character in different sessions. You might resent Madame A's dominance less if you are the one to play her some of the time. (Or you may find that it's the same player who gets so much of the DM's attention no matter what character they are running, in which case, as others have said, it's long past time to leave the campaign.)

(Disclaimer: I haven't used a troupe system in an RPG, only in cooperative boardgames.)

then raise your concern as a group.

Show to your DM that it's not your problem, but the group's problem.

It is important to accept that a win-win solution might not even exist. In that case, see the already excellent exit answer and decide what's best for your group. It might be:

In my opinion, DM favoring those who are invested in the story or campaign is inevitable. Ask yourself, if you are a DM, and you have a player(s) who appreciate and contribute to your little fantasy world, won't you be happy?

The DM offering solo sessions and loots is the way they thank such players. If you feel this is unfair, here's what you can do:

Not the answer you're looking for? Browse other questions tagged problem-gm player-communication player-agency spotlight or ask your own question.

21
How to deal with Mary Sue NPCs