Can I use a spiked shield in my primary hand as a weapon? If so, does it count as a simple or martial weapon?

Can any humanoid PC use a Spiked Shield in their 'primary hand' as a Weapon?

Is it a Simple or Martial Weapon?

The Lizardfolk entry in the MM (p. 204) has a statblock that includes the following elements:

It also includes 3 other (Bite, Heavy Club, and Javelin) melee attack options, presumably for use with Multiattack.

I would like to use a Spiked Shield (1d6 + Str mod) in my 'primary' hand and leave my other hand empty. Is there anything in RAW that indicates the Spiked Shield is a weapon that is prohibited from PC usage in 5e?

The PHB (p. 147) has a section about improvised weapons:

If you look at the graphic of the lizardfolk in the MM you can clearly see a shield on its left arm made out of some kind of tortoise shell with two rather large spikes extruding forwards: 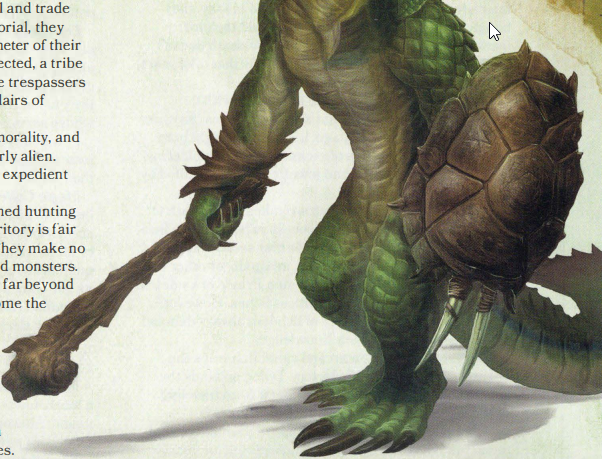 It certainly looks like a weapon... so is it DM fiat as to whether it "is similar to an actual weapon?

The PHB (p. 146) has this to say about weapon proficiency:

Your race, class, and feats can grant you proficiency with certain weapons or categories of weapons. The two categories are simple and martial. Most people can use simple weapons with proficiency. These weapons include clubs, maces, and other weapons often found in the hands of commoners. Martial weapons, including swords, axes, and polearms, require more specialized training to use effectively.

This says that there are two categories - Simple and Martial. The question then is, would this spiked shield "require more specialized training to [be] use[d] effectively"?

There are a lot of questions here, but the main thrust of them appears to be "What are the properties of a Lizardfolk's Spiked Shield at being a weapon and/or a shield when a PC uses it?", mostly because all of these questions have the same answer.

...you [the DM] decide how much of a monster's equipment is recoverable after the creature is slain and whether any of that equipment is still usable. (MM, p.11)

Said properties - whether it's in any condition to be wielded or worn (and if not, whether it can be made so), what its ability score, proficiency, or other requirements are, whether it serves as weapon (and with what damage die) or shield (and with what AC bonus) or both simultaneously - are all outside the RAW and in the territory of DM fiat.

You mentioned in comments that you "get the reason for the 'normal loot is valueless' to essentially avoid party inflation, but it makes no sense given the Prestidigitation and Mending cantrips". There is game design happening in that decision, and in the one you're asking about, in order to make the resulting game play in a way that the designers believe will create the kind of experience they want people playing their game to have. That way isn't always the simulationist way.

Not the answer you're looking for? Browse other questions tagged dnd-5e proficiency shield improvised-weaponry or ask your own question.

28
Are enemy weapons and armour up for grabs as loot?
19
If you kill a Solar Angel can you use its Slaying Longbow?
7
Can PCs use nonmagical armor and weapons looted from monsters?
14
Would a PC deal 1d6 extra fire damage with a Cambion's spear?
10
Can a PC use a Merrow's Harpoon?

10
Can a rogue, druid, or cleric use Shield Bash without penalty?
5
Can a Spiked Shield be enchanted with the Bashing special ability?
3
Can I wield an enchanted spiked shield and magic weapon in the same hand?
3
Can you use darts as improvised “light melee weapons” to trigger Two-Weapon Fighting?
6
Can natural weapons be simple or martial weapons?
12
Can Hexblade warlocks use a staff and shield?
12
Does the bonus damage from the Dueling fighting style apply when attacking with a shield as an improvised weapon, using the Tavern Brawler feat?
6
Does a monk get martial arts die damage on improvised thrown monk weapons?