Does Spear Mastery or Polearm Master give a Barbarian the most damage and battlefield control?

First off, so no one branches too far out, the character I am making will be a human variant totem barbarian (bear all the way through). Also, I will not take any more feats after the one I pick to start with so no Polearm Master/Sentinel comboing. These are character choices that are set in stone for me.

I will either pick Spear Mastery (from this Unearthed Arcana article) and switch between dual wielding spears and throwing one and then using two hands with the other spear, or I'll go Polearm Master and flavor a glaive as a great spear but it will stay a glaive in all but name so no throwing range and no Versatile property.

Which one, given these restrictions, is the better choice for damage and battle field control?

Polearm Master should be usually better, but Spear Mastery has the potential to deal more damage on early levels

Both weapons will deal 1d10 damage on hit. Spear Mastery gives +1 on the modifier and allows you to use your Bonus Action + Reaction to attack someone who enters your reach, for an extra 1d10 damage.

So, let us consider a first round, with and without Rage (I will use +2 as the rage damage). For now, let us ignore the +1 bonus on the modifier from Spear Mastery.

Surely, with the +1 to hit, the Spear Mastery will outdamage the PAM without rage, and, depending on the enemy's AC, may outdamage with rage as well.

But the thing is: most combats do not involve enemies constantly leaving and entering your range. With PAM, it is fairly simple to move one step back, and keep this type of control. On the other hand, Spear Mastery requires you to be at least 20 ft. away from the enemy when you use the bonus action. I have been playing a PAM Fighter and quite often I can not use my reaction, because enemies are not that dumb, and will find a way to dodge me, attack from range or whatever tactics that nullifies my reaction attack. As an example, many times, combats happen in dungeons where your movement is severely limited, and constantly kiting and being 20 ft. away will be a problem.

Finally, Spear Mastery is situational in the sense you need to call one enemy to target. If that one enemy does not enter your range, but all others do, you can not attack them, and your bonus action is lost.

So, when we consider the scenario that most likely is going to appear on a second round of the combat, with enemies already in range, PAM will deal two attacks, and Spear Mastery will only be a +1 bonus (although it does free your bonus action). In this case, PAM will always outdamage Spear Mastery.

There is also the problem of actually activating Rage: it costs a bonus action. With PAM, you are losing the 1d4 attack, but with spear mastery, you now can not use the reaction from the feat any more, as it requires both the bonus action and the reaction.

And, finally, PAM will get even better as you level. For every extra point in Strength (modifier) you get, the PAM will increase 1 more damage on hit compared to Spear Mastery, and the same for Rage Damage, same for Magic Weapons, etc., as PAM allows one more attack than SM. 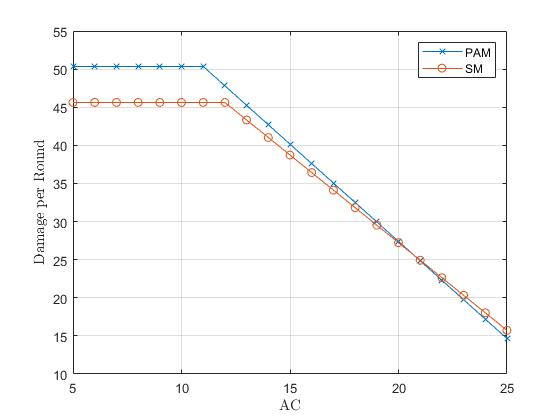 Then again, consider how more situational the Spear Mastery is, and PAM should be the superior choice.

So, to conclude, Polearm Master is considerably less situational than Spear Mastery, allowing it to be used more frequently, and, as you level, it will become superior in every way. The only scenario I can see Spear Mastery being more useful is if you think you are going to face many enemies outside your range (and that you can not approach), in a way that constantly throwing your spear is something that will show up often. In my experience, this setup is very rare, so I would go with PAM.

Not the answer you're looking for? Browse other questions tagged dnd-5e feats optimization unearthed-arcana barbarian or ask your own question.